In 2014, a Core Committee was constituted under the Chairmanship of Dr. VM Katoch by the Indian Health Ministry to revise National List of Essential Medicines (NLEM), 2011. In the process of revision of NLEM, several consultations were held across the country with experts from different domains.

The Hon’ble High Court of Delhi, issued an order dated 25.02.2015, in response to a public litigation filed which seeking a direction to the Government of India to include Coronary stents in the NLEM. As per the order, the Government to constitute a Sub Committee to deliberate the matter. The mandate of the Sub-Committee was to examine the issues relating to the essentiality of coronary stents and to arrive at a considered view and recommend whether the coronary stents should be included in the National List of Essential Medicines.

NEED OF STENT REGULATION
According to WHO Global status report on Non Communicable Diseases (2014), of the 56 million deaths in 2012, 68% were due to Non Communicable Diseases (NCDs), principally cardiovascular diseases, diabetes, cancers and chronic respiratory diseases. Nearly three quarters of these NCDs deaths (28 million) occurred in low- and middle-income countries. Cardiovascular diseases account for majority of these deaths (17.5 million).

Cardiovascular diseases (CVD) are leading cause of morbidity and mortality in India; 25% of overall mortality in India is attributed to CVD. Coronary artery disease (CAD) is the commonest CVD accounting for 90-95% of all cases and deaths. Moreover, in India about 50% of CAD-related deaths occur in people younger than 70 years compared with 22% in the West (Gupta et al, 2008). As per the report of National Commission on Macroeconomics and Health (NCMH), 2005, the prevalence of CAD in India was estimated to be 61.5 million patients in 2015, and of these, 23 million would be younger than 40 years of age.

Patients in India who have acute coronary syndromes have a higher rate of ST Segment Elevated Myocardial Infarction (STEMI) than do patients in developed countries. Most of these patients belong to lower socioeconomic class. 30 days mortality in India is higher after STEMI. The significant contributors to increased mortality in Indian patients are lack of awareness, lack of accessibility to healthcare and the affordability issues (Xavier et al., 2008). 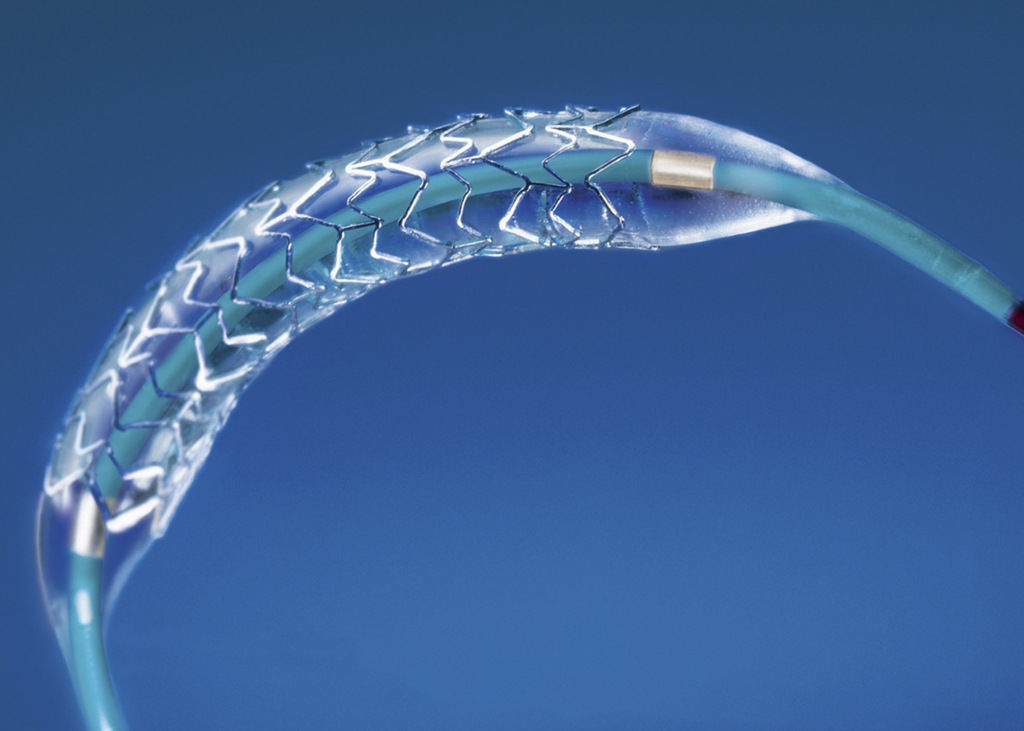 REVASCULARIZATION PROCEDURES FOR TREATMENT OF CAD
PCI and coronary artery bypass graft surgery (CABG) are the options of revascularization in CAD patients. PCI using coronary stent is widely used to achieve revascularization of the myocardium in patients with symptomatic CAD and stenosis of coronary arteries. Mechanical reperfusion [primary Percutaneous Coronary Intervention (PCI)] is standard of care for the management of acute STEMI. Primary PCI is the management strategy for patients of STEMI, even in centers without on-site surgical facility with a provision for emergency transfer facility for patients requiring surgery to a tertiary care center. In India, there is severe lack of facility, availability and awareness in respect to revascularization procedures. According to CREATE registry data, only about 8% of STEMI get stent implanted (Xavier et al., 2008).

In India, only about 3 out of 1,000 coronary heart disease needy patients get treated with stent as compared to 32 in USA. As per the NIC Registry data 2015, a total of 3,53,346 procedures were performed and 4,73,000 stents were implanted in India. Hence there is an obvious and enormous need of PCI in India which is unmet as of now.

EVOLUTION OF CORONARY STENT AND ITS IMPORTANCE
In late 70’s the plain balloon angioplasty was treatment of choice till the bare metal stents (BMS) came in late 80's which helped in reducing the restenosis as well as acute complications of plain balloon angioplasty. In the beginning of 20th century, the drug eluting stents (DES) has revolutionized the treatment of PCI.

These drug-eluting stents i.e. BMS coated with a polymer and antiproliferative drugs minimizes restenosis and requirement for re-intervention. An effective DES system consists of 3 components: (1) a metallic platform, (2) a vehicle that stores as well as allows it to diffuse into the vascular tissue in a controlled fashion, and (3) an antiproliferative medicine that reduces the neointimal growth induced by stent implantation (Htay and Liu 2005).

It is to be noted that each type of stent is unique as it differs in so many permutations and combinations of technological factors involved such as, type of metal used (stainless steel, alloys composed of iron, nickel, chromium: cobalt-chrome: platinum chrome etc); stent design; strut thickness; polymer type (durable or biodegradable or polymer free), type of polymers used for coating or biodegradable polymers; the drugs used (sirolimus, paclitaxel, zotarolimus, everolimus etc); the amount of drug used and the drug elution kinetics etc.

The development of Bioresorbable Vascular Scaffolds (BVS)/Biodegradable stents in 2011 to overcome the problems of metallic DES was projected as major breakthrough in Coronary stent technology. The advantage of Bioresorbable Vascular Scaffolds (BVS)/Biodegradable stents (similar to a stent) is that the vessel is free of any caging and can regain its normal function once the stem is completely absorbed. However, presumed clinical benefits of BVS over currently available metallic DES are yet to be established. 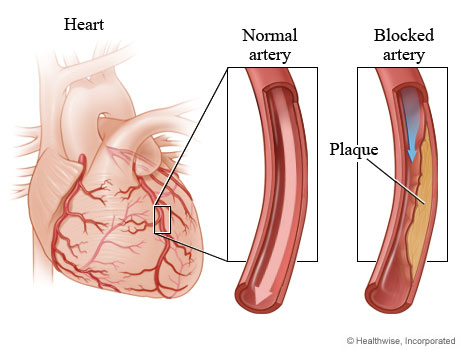 Safety and efficacy data comparison among different types of coronary stents:
a. Bare Metal Stents
The development of Bare Metal Stent (BMS) has been a major advancement over balloon angioplasty in the management of symptomatic coronary artery disease. It prevents restenosis by attenuating early arterial recoil and contraction as compared to plain balloon angioplasty. However, the rate of clinically- indicated target lesion repeat revascularization due to restenosis remains relatively high.

b. Comparison between Metallic DES vs BMS efficacy and safety
Metallic Drug Eluting Stents were developed to reduce the relatively high rate of restenosis and subsequent repeat revascularization with BMS. According to various registries and meta-analysis data, Drug Eluting Stents provide clinically important reduction in need for target lesion revascularization and reduction in restenosis.

c. Comparison between different generations of DES
Although, all DES have the same general components, they differ with respect to the stent platform/design, polymer coating, and the drug. Currently available DES, with reduced strut thickness, enhanced biocompatibility of durable polymers or biodegradable polymers and newer antiproliferative agents, have better efficacy and safety compared with early DES and BMS. However, these continuous technological advancements in coronary stents regarding safety and efficacy need to be established through long term follow up studies. The data are lacking to establish the superiority of currently available newer DES over each other in terms of mortality and myocardial infarction.

The Committee after detailed discussion observed that till now there is no adequately powered Randomised Clinical Trials (RCTs) with long term follow up data to support the superiority of BVS over present metallic DES.

USAGE OF CORONARY STENTS IN INDIA
As per National Interventional Council (NIC) registry' 2015, India, which was presented in National Interventional Council, midterm annual meeting April, 2016 at HICC, Hyderabad, the number of coronary intervention procedures is steadily increasing in India. As per the NIC Registry data 2015, a total of 3,53,346 procedures were performed and 4,73,000 stents were implanted in India. Out of total number of stents used, 95%were Drug-eluting stents, 2% were Bare Metal Stents and 3% were biovascular scaffolds. The year-wise details of number of coronary interventions performed with number of centres involved during 2010 and 2015, as per the Registry', are as under:

The Registry data indicates that there is continuous increase in the number of coronary interventions in the country’ with an increasing number of centres involved in such interventions.

The stent market has evolved with many technological changes in stent technology. With advancement in revascularization procedures specially Percutaneous coronary intervention the outcomes for patients with coronary artery disease has improved markedly, but still a need for continuous technical advancement for improvement in efficacy, outcome and safety of this procedure.

ECONOMIC ASPECTS OF CORONARY STENTS
a) Cost of device vs cost of procedure including device
Unlike pharmaceutical products which are sold in pharmacy, for stent implantation, there is a primary role of stent; however, other accessories are also important including proper infrastructure like catheterization lab, other supporting hardware, investigational facilities and the availability of interventional cardiologist. According to the experts' opinion, cost of stents still shares a major part in the total cost of PCI procedure which may differ widely from public to private sector and within them also.
As considered in case of NLEM 2015, where total treatment cost of medicine only was taken into account and not the cost of hospitalization, physician's fee etc, in case of coronary stents also, the Committee has considered the cost of only coronary stent for considering its essentiality. However, the Committee observes that the pricing of stents was not its mandate and may be decided by the relevant authorities of the government.

As on date in India, the majority of population in need of stents is no; covered under health insurance or do not get reimbursements which limits the market.

In 2015, out of pocket expenditure for PCI procedures was reported to be 41.38% , Government support accounted for 42.87% and private insurance companies accounted for 17.75% (NIC, 2015). The Committee is of the opinion that while making coronary stents affordable, other accessories including balloon, wire, catheter etc also need to be made affordable.

Difference between drugs and medical devices
Experts expressed that there are differences between drugs and medical devices. The clinical outcome of a medical device is also dependent on the operator/surgeon's skill and experience along with the device-patient interaction. Many high technology devices also need regular follow up services. However, it was pointed out that coronary stents are notified as drugs under Drugs and Cosmetics Act, 1940. Therefore, overall similar approach has been considered while deliberating the essentiality of coronary stents.

RECOMMENDATIONS BY SUB COMMITTEE IN THEIR 4th MEETING:
1. Considering the high burden of Coronary- Artery Disease (CAD) in India which is associated with high morbidity and mortality, the Coronary Artery Disease is a public health problem.

2. Percutaneous Coronary Intervention (PCI) and Coronary Artery Bypass Graft (CABG) are the important treatment modalities for the management of CAD (both stable Coronary Artery Disease and patients with Acute Coronary Syndrome). There is enormous need of PCI procedure requiring coronary stent implantation in India. Therefore, coronary stems are essential medical device. Although, medical devices are different from drugs in respect of their nature, mechanism of action, manufacturing, quality control, mode of administration/implantation, etc., Coronary Stents are among the categories of Medical Devices which have been notified by the Government of India as '‘Drug” under the provisions of the Drugs and Cosmetics Act. 1940. Therefore, the Committee recommends that the Coronary Stents should be included in the National List of Essential Medicines (NLEM),

4. The coronary stents are technologically driven medical devices undergoing continuous upgradations and advancements. Many permutation and combination of technological factors differentiate coronary stents amongst each other. Newer stents are developed with the intent to have better efficacy, safety and performance.
The studies have demonstrated that the metallic Drug Eluting Stents are significantly safer than BMS with reduced revascularization rate. However BMS is still required in some special situations where DES is contraindicated.
The Committee noted that at present there is definite superiority of drug eluting stents over bare metal stents. However, there is no definite superiority among currently available metallic drug eluting stents in terms of their clinical outcomes of mortality and myocardial infarction.
The Committee recommends that various authorities, for the purpose of using National List Essential Medicines (NLEM) in respect of Coronary Stents, may consider various coronary stents under following categories differently:
1. Bare Metal Stents (BMS)
2. Drug Eluting Stents (DES) which include metallic DES and Bioresorbable Vascular Scaffold (BVS)/ Biodegradable stents

5. The Committee is of the view that superiority of Bioresorbable vascular scaffolds/Biodegradable stents over currently available metallic Drug Eluting Stents, at present, has not been demonstrated by adequate evidence. These are at present only non inferior as compared to currently available metallic Drug Eluting Stents. The Committee recommends that in this case and in general various incremental innovations in technology of the Coronary stents may be considered for sub categorization if acceptable evidences are produced in terms of safety and benefits.