ABSTRACT
Syzygium cumini is commonly known as jamun, jambolan, Java plum or black plum, is an evergreen tropical tree in the flowering plant from family Myrtaceae, and is one of the most popular fruits. It is planted in various regions spontaneous. It is native of India, Bangladesh, Sri Lanka, Myanmar, Nepal, China, Australia, Thailand, Kenya, Colombia, Mexico, United States of America, Zambia, and Zimbabwe. The entire part of the plants has been widely used in the treatment of various diseases in the traditional and folk medicine. The edible part of fruits (jamun) contain vitamin C, gallic acid, tannins, anthocyanins, includes cyanidin, petunidin, malvidinglucoside and other components. The seeds of Syzygium cumini possess anti-diabetic, antipyretic, anti-inflammatory, hypolipidaemic, psychopharmacological, anti-diarrheal, antioxidant and antibacterial activities. In this present study, the phytochemical investigation and antibacterial activity studies were carried out with using methanol, petroleum ether and ethanol extracts of the seeds of Syzygium cumini from the family Myrtaceae. Preliminary the phytochemical screening of all extracts revealed the presence of phytoconstituents like alkaloids, tannins, saponins, flavonoids, phenols, terpenoids, steroids and amino acids and absence of anthraquinone glycosides. The antibacterial activity of all three extracts was tested against some pathogenic bacteria using the Cup-Plate method. The different extracts of Syzygium cumini seeds showed inhibitory activity over Gram negative bacteria such as Salmonella typhi and Escherichia coli and Gram positive bacteria such as Bacillus subtilis and Staphylococcus aureus. The results showed that the methanolic extract was slightly more potent than the other two.

ABSTRACT: The present investigation deals with development of orally disintegrating tablets of Rizatriptan Benzoate to produce the intended benefits. Orally disintegrating tablets of Rizatriptan Benzoate were prepared by wet granulation method to provide faster relief from pain to migraine sufferers. Formulation research is oriented towards safety, efficacy and quick onset of action of existing drug molecule through novel concept of drug delivery. About four formulations for the present study were carried out full factorial design. Kyron 314 was used as super disintegrants, while microcrystalline cellulose and mannitol was used as diluents. Starch was used as binder. The prepared batches of tablets were evaluated for weight variation, hardness, friability, wetting time, drug content and in-vitro dissolution studies. The optimized formulation dispersed in within 15 seconds. It also showed a higher water absorption ratio and 99.67% of drug is released within a minute.

ABSTRACT
Virosomes are reconstituted viral envelopes that can fill in as vaccines and as vehicles for cell conveyance of different macromolecules. The prospect of drug delivery and targeting systems utilizing virosomes is an intriguing innovative work field. Since virosomes are biocompatible, biodegradable, non-poisonous and non-autoimmunogenuic; endeavors have been made to use them as antibodies or adjuvants and also conveyance frameworks for drugs and organic for remedial purposes. The achievement of virosomal medicate conveyance relies on upon strategy used to set up the typified bioactive materials and fuse them into the virosomes. Virosome innovation could conceivably be utilized to convey peptides, nucleic acids or, then again qualities and medications like anti-toxins, anticancer agents, and steroids.

ABSTRACT:
It has been always International Regulatory concern on Role and Responsibility of Pharmaceutical Higher Management in  this review article we have taken some of the concern and how responsible  leadership should ensure the support and commitment of staff at all levels and sites within the organization to the Pharmaceutical Quality System ,management review , Quality committee and to make a platform for leadership engagement, awareness and decision making around quality and process performance. Implement new controls as per GMP Guidelines to check impact and management tool for identification and reduction of human Errors in pharmaceuticals Industry. 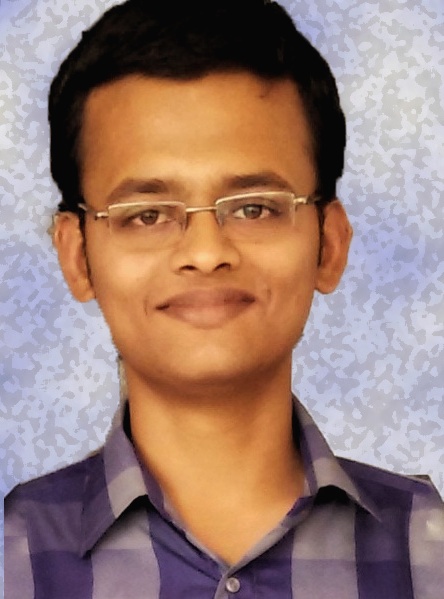 ABSTRACT:
The regulatory bodies are being established in various pharmaceutical industries across the globe which plays a vital role to meet the requirements of legal procedures related to drug development process in a country. The pharmaceutical industry is considered as the most highly regulated industries worldwide. The regulatory body ensures compliances in various legal and regulatory aspects of a drug. Countries possess their own regulatory authority, which is responsible for enforcing the rules and regulations and issue the guidelines to regulate drug development process, licensing, registration, manufacturing, marketing, labeling and the product life cycle of pharmaceutical products. In an ever-changing regulatory environment, the role of regulatory affairs personnel is essential to ensure compliance with legislation in all regions in which a company wishes to distribute its drug. This article describes about the development of the drugs as it is a cumbersome process which includes several months of time, volunteers, and a huge finical investment majorly through the funding process, so it is strictly regulated as per the norms and regulations as given by those individual countries to carry out the drug development which were generally governed by the Drug Regulatory Affairs Personals. 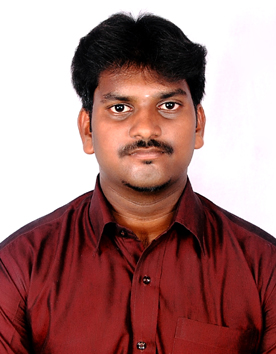 Drug absorption in the gastrointestinal tract is a highly variable process and prolonging gastric retention of the dosage form extends the time for drug absorption. Novel drug delivery system overcomes the physiological problems of short gastric retention through various approaches including floating drug delivery systems (FDDS), these systems float due to bulk density less than gastric fluids and so, remain buoyant in the stomach for a prolonged period of time, releases the drug slowly at the desired rate from the system and increase the bioavailability of narrow absorption window drugs. This review entitles the applications of sustained release effervescent floating bilayer tablets, suitable for sustained release of those drugs incompatible with floating constituents over an extended period of time for better patient compliance and acceptability. The purpose of this paper is to review the principle of sustained release effervescent floating drug delivery system, current technology used in the development of same as well as summarizes the applications, advantages, methodology, evaluation methods and future potential for sustained release effervescent floating bilayer tablets

ABSTRACT
Nano capsules are vesicular systems in which the drug is confined to a cavity consisting of an inner liquid core surrounded by a polymeric membrane. Nano capsules having various advantages and disadvantages. Preparation of Nano capsules can be used as a two types of polymers 1) Natural polymers 2) Synthetic polymers. Nano capsules are prepared by different method those are a) Solvent evaporation b) Nano precipitation c) emulsification / Solvent diffusion d) Salting out e) Dialysis f) Super critical fluid technology. Different characterization and evaluation tests are performed to Nano capsules. Dispersed polymer nanocapsules can be used as nano-sized drug carriers to get controlled release as well as efficient drug targeting. Drug-loaded polymeric nanocapsules have showed possible applications in the field of drug delivery systems. Enormous research efforts have been performed in order to develop modern nano-particulate drug delivery systems. However, newly developed drug molecules with moderate biopharmaceutical profile are still missing. The entrapment of this drug molecule can protect them from the biological environment and facilitate their transport through biological barriers. Therefore nano-carriers especially nanocapsules (NC) can give the promise for therapeutic benefits in the field of drug delivery system. Nanocapsules, existing in miniscule size, range from 10 nm to 1000 nm. They consist of a liquid/solid core in which the drug is placed into a cavity, which is surrounded by a distinctive polymer membrane made up of natural or synthetic polymers. They have attracted great interest, because of the protective coating, which are usually pyrophoric and easily oxidized and delay the release of active ingredients.

ABSTRACT
For the past few years, there has been a considerable research on the basis of Novel drug delivery system, using particulate vesicle systems as such drug carriers for small and large molecules. Nanoparticles, Liposomes, Microspheres, Niosomes, Pronisomes, Ethosomes, Proliposomes have been used as drug carrier in vesicle drug delivery system. Nanotechnology refers to the creation and utilization of materials whose constituents exist at the nanoscale; and, by convention, be up to 100 nm in size.. Nanoparticles are being used for diverse purposes, from medical treatments, using in various branches of industry production such as solar and oxide fuel batteries for energy storage, to wide incorporation into diverse materials of everyday use such as cosmetics or clothes, optical devices, catalytic, bactericidal, electronic, sensor technology, biological labelling and treatment of some cancers. Various polymers have been used in the formation of Nanoparticles. Nanoparticles have been improving the therapeutic effect of drugs and minimize the side effects. Basically, Nanoparticles have been prepared by using various techniques as such dispersion of preformed polymers, polymerization of monomers and ionic gelation or co-acervation of hydrophilic polymer. Nanoparticles have been evaluated by using parameters of drug entrapment efficiency, particle shape, drug release study

ABSTRACT
Atomoxetine hydrochloride (atomoxetine) increased the risk of suicidal ideation in short-term studies in children or adolescents with Attention-Deficit/Hyperactivity Disorder (ADHD). Tablets of Atomoxetine Hydrochloride were formulated as sustained release tablet employing tamarind seed polysaccharide, guar gum, PVP, Mg. stearate, MCC  the sustained release tablets was investigated. Sustained release matrix tablets contain Atomoxetine Hydrochloride were developed using different drug polymer concentration of tamarind seed polysaccharide, guar gum,. Tablets were prepared by directly using MCC. Formulation was optimized on the basis of acceptable tablet properties and in-vitro drug release. The resulting formulation produced robust tablets with optimum hardness, thickness consistent weight uniformity and low friability. All tablets but one exhibited gradual and near completion sustained release for Atomoxetine Hydrochloride, and 98.6% and 97.5 released at the end of 12 hrs. The results of dissolution studies indicated that formulation F8, the most successful of the study. An increase in release kinetics of the drug was observed on decreasing polymer concentration