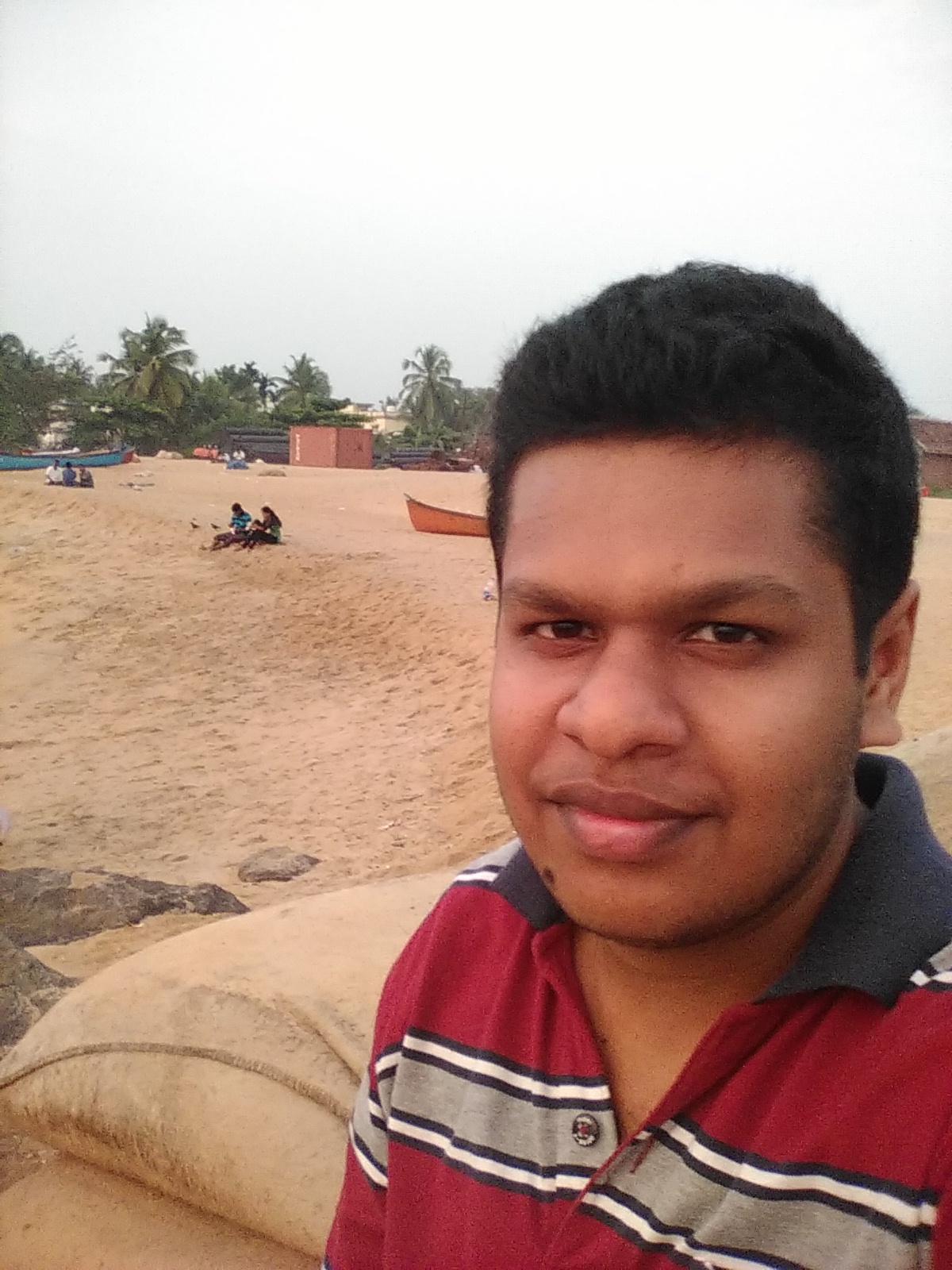 ABSTRACT:
Cinnamon is used as a spice in our day to day life. It is aromatic. It is principally employed in cookery as a condiment and flavoring agent. It has been acquainted as one of the healthiest spices and has medicinal activity. When it is checked for chemical constituents it reveals phenolic flavonoid and carotenoid contents. They contain rich amount of polyphenols which are powerful antioxidants. It inhibits the growth of certain bacteria and fungi. It helps to reduce the blood glucose by increasing insulin in the body by the mechanism of resisting insulin depletion. It interferes with carbohydrate digesting enzyme and reduces degradation of carbohydrate as a result of which it decreases entry of glucose from intestine to blood stream. It reduces the growth of cancer cells. ‘N’ number of pharmacological investigationsconfirmed that the ability of this plant is to exhibit hepatoprotective, neuroprotective and cardioprotective action. This present article will provide you with detailed information on the most of the aspects of cinnamon.

INTRODUCTION:
The botanical name of cinnamon is cinnamomum zeylanicum and the source is dried bark stem. It belongs to the family Lauraceae. It contains not less than 1% v/w volatile oil. It is commonly called as cinnamon, in French-cannelier, German-Zimtbaum, Italian-canella, portugese-caneleira, Spanish-canelo, India-Dalchini or karuvappadai in Tamilnadu. It is also known as Ceylon cinnamon or true cinnamon. It is exclusively available in cultivated plants. Since cinnamon is a dried stem bark the upper surface is blackish brown in colour and lower surface is reddish brown in colour. It is aromatic sweet in odour and taste. Shape is channeled or compound quills. Its length is upto 40cm. It is slightly fibrous in the inner part. The main constituent of volatile oil is cinnamic aldehyde(75-90%).

Other compounds which are present in lesser percentages those are cinnamic acid, Hydroxyl cinnamaldehyde, Cinnamyl alcohol, Coumarin, Borneol etc.

Antidiabetic activity: “Insulin-potentiating factor was the word coined for the compound which was obtained from cinnamon bark. Some of the scientists concluded that other species of cinnamon have insulin potentiating factor 20 times lesser than that of C.Zeylanicum. Anderson et al isolated and characterized the polyphenol type-A polymers which acts like insulin which helps in the antidiabetic action of cinnamon. 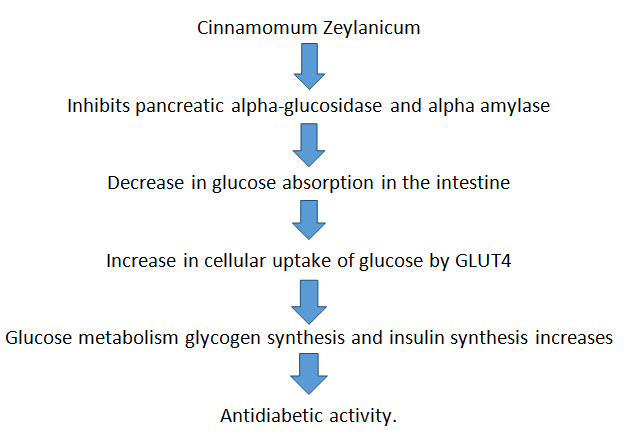 Since cinnamon possess alpha glucosidase inhibiting property, it shows decrease in postprandial hyperglycemia in rats which is induced by streptozotocin. It shows reversible and competitive inhibition. It helps to reduce serum glycosylated Hemoglobin (HbA1C) in type 2 diabetes mellitus with the value over 7. Cinnamon intake daily would decrease fasting blood glucose level.

To check whether cinnamon helps in reducing blood glucose level Lu et al. examined a total of 66 patients with type-2 diabetes mellitus and were divided into 3 groups: place bow, low dose and high dose of cinnamon extract. The patients were also given with Gliclazide. Patients receiving both the doses showed less fasting blood glucose level than the patients receiving placebo.