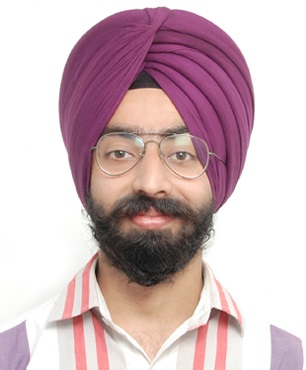 ABSTRACT
Generic drugs are as effective as their branded counterparts in terms of safety and efficacy. Although their exists several myths about quality of generic medicines because of its less price as compared to branded counterparts. The present study aims to evaluate and compare the quality of generic medicine with their branded counterparts as per Indian Pharmacopoeial standards and other validated methods on a commonly used type 2 diabetes drug (Metformin). The qualitative as well as quantitative studies were performed as per IP 2010. The official test performed includes uniformity of weight, disintegration, dissolution, assay and friability. Non official test includes hardness test and assay by HPLC using validated methods. The study revealed that branded as well as generic metformin tablets comply with the standards provided in IP 2010 and generic metformin was found to be 111.52% lesser in cost per tablet as compared to costliest branded version of metformin.

INTRODUCTION
A baguette brand bag costs more because of its good quality as compared to a non-branded bag, although it is not the same in the case of quality of low cost generics or non-branded medicines when compared to their branded counterparts. Generic medicines are equally effective and safe in terms of quality to their costly branded counterpart. A study reported by US FDA of the evaluation of the results of 38 published clinical trials that compared cardiovascular generic medicines to their branded counterparts revealed no evidence that brand-name heart drugs worked any better than generic heart drugs [1].

According to World Health Organization (W.H.O.) “a generic drug is a pharmaceutical product, usually intended to be interchangeable with an innovator product that is manufactured without a license from the innovator company and marketed after the expiry date of the patent or other exclusive rights” [2].

When it comes to prescribing a generic medicine most of the doctors in India and several other countries are found to be reluctant in prescribing generic medicine due to cynical about the quality, safety and efficacy of generic medicine. Medical Council of India, Code of EthicsRegulations regarding the use of Generic names of drugs says “Every physician should, as far as possible, prescribe drugs with generic names and he / she shall ensure that there is a rational prescription and use of drugs” [3]. Prescribing medicine with generic name was also recommended by Parliamentary Standing Committee (PSC) for Health and Family Welfare to the ‘Rajya Sabha’ on August 4, 2010 [4]. Several studiesconducted worldwide raise the issue of myths and prejudice regarding the ‘quality’ of generic medicine in the minds of patients, healthcare professionals and even the medical specialists.

Similarly a study in Malaysia revealed that majority of physicians was positive about generics substitution but doubtfulabout their quality in terms of efficacy and safety for some drug categories [6]. According to a survey report conducted on 500 doctors in Haryana, India reveals that 40% of doctors in private as well as in public facilities never prescribe a generic medicine [7]. There are several similar studies worldwide by Jamshed et al. [8], Yousefi et al. [9], Kumar et al. [10] and Gupta et al. [11], which describe the misconception in minds of physician as well as patient about the quality of generic medicine.

A generic medicine costs less from that branded medicine because a brand name medicine has to go through 10-15 years of research and testing in animals and clinical trials in proving that it is safe and effective before it can be sold to the public. The testing can cost over $1 billion. Once the new drug is approved, the company that made and tested it files for patent protection and as it receives a patent, that company is only the sole manufacturer of that medicine. When a patent for a brand name medicine expires, any other company can copy the medicine and sell a generic version. These other companies are required to only prove that their product is the same as the brand name medicine through Bioavailability/Bioequivalence studies [12]. This means that generic drug companies do not have to spend as much time and money because they do not have to conduct clinical trials.Since there areample of companies manufacturing the generic medicine, due to competition the price is lowered even farther.

Skyrocketing cost of medicine has always been a matter of great concern to the health authorities providing health care to mankind. Efforts are made globally to provide quality medicine at affordable prices to the public at large. Generic medicines provide the same medical benefits to the suffering mankind as these are certified to be perfect substitute for the innovator branded product and its use can reduce the healthcare expenditure to a great extent.The effective use of generic products saved the U.S. health system nearly $1.5 trillion over the past 10 years (2004-2013) as per the IMS Institute for Healthcare Informatics [13]. As per US-FDA data nearly 8 in 10 prescriptions filled in the United States are for generic drugs (2014) [14].

In India due to the prejudice in the minds of physicians regarding the safety and efficacy of generics, their use is hindered and further as per law pharmacist cannot substitute the brand name with generic [15] so consumer has to buy costly branded medicine even though the equivalent low cost generic medicines are available.

With a view to adjudge and compare the quality of generic medicines with that of their costly branded counterparts, a comparative quality evaluation study was undertaken on commonly used drug for type 2 diabetes i.e. Metformin. India has more diabetics than any other country in the world, as per the International Diabetes Foundation the estimate of the actual number of diabetics in India is around 40 million (2014) [16]. So a commonly prescribed medicine (metformin) was selected and their existed remarkable price difference between generic and branded metformin.

MATIRIALS AND METHODS
Materials:
Standard Metformin was procured as a gift sample from Mankind Pharma. The three branded marketed formulation of Metformin was purchased from authorized dealer (Glycomet®, Gluformin® and Glyciphage®) and generic version was obtained from Jan Aushadhi store, Shastri Bhawan, New Delhi. All of the samples purchased were containing 500 mg of Metformin and all of them were in tablet dosage form. The efforts were made to procure these test samples having almost identical dates of manufacturing to rule out the possibility of difference in assay of the samples bearing different dates of manufacturing. The chemicals Acetonitrile, O-phosphoric acid were of HPLC grade and Sodium Hydroxide, Potassium di-hydrogen phosphate were of analytical grade. Milli-Q-Water was used for preparing all HPLC solutions and rest procedure distilled water was used.

Methods:
1.OFFICIAL TESTS
The following official tests were performed on all the three branded and generic metformin. Identification of Standard metformin was done as per IP 2010 through Infrared Spectroscopy. The IR spectrum of standard metformin is provided in Figure 1.3.

(ii) Dissolution: Dissolution study was performed using the IP Apparatus 2 (Lab India DS 8000-basket type) in 900 ml phosphate buffer pH 6.8, maintained at 37±0.5°C with paddle speed at 100 rpm for 45 minutes. 5 milliliters of samples were withdrawn at specified time intervals. The volume of dissolution fluid was adjusted to 900 ml, by replacing each 5 ml aliquot withdrawn with 5 ml of phosphate buffer pH 6.8, pre-warmed at 37±0.5°C. Samples withdrawn were filtered through whatmann filter paper (no.41), suitably diluted with phosphate buffer pH 6.8, and analyzed at 233 nm, using UV-Visible double beam spectrophotometer (UV-Visible spectrophometer 3000, Lab India). The content of C4H11N5.HCl was calculated in the medium taking 806 as the specific absorbance at 233 nm. The percentage drug release is depicted in Figure 1.1.

(iii) Disintegration Test: Disintegration was performed using basket rack assembly (IP 2010) maintained at 37±2°C. One tablet was introduced into each of 6 tubes and, a disc was added on each tube. The assembly was suspended in the beaker containing distilled water and operated for the specified time.

(v) Friability: A sample of whole tablets (11 tablets) corresponding to about 6.5 g weight was taken. The tablets were placed in drum and rotated it 100 times at 25 rpm. Tablets were removed and any loose dust from them also discarded and weighed. Dedusted the tablets carefully and weighed accurately.

2.UNOFFICIAL TESTS
The assay of metformin was also performed by HPLC through modified method [17].
(i) Assay: Accurately weighed 100 mg of standard metformin and dissolved in mobile phase; Acetonitrile:Water acidified to pH 3 by O.P.A (30:70). This solution was filtered through whatmann filter (No.41) and 7 dilutions were made and assay was performed using HPLC (Agilent 1200 series) by Agilent ODS column (250 mm x 4.6 mm i.d., 5 µm particle size). Flow rate of mobile phase was set to 1 ml/min and injection volume was 20 µl. The wavelength for detection used was 250 nm and column compartment temperature was 30ºc. The standard plot of Metformin by HPLC is depicted in Figure 1.2. Similarly the samples were examined in triplicate. 20 tablets were weighed individually and average weight was calculated and powdered. Exact amount of powder was weighed containing 100 mg of metformin and dilution was made in mobile phase, filtered and examined in same conditions as that of standard.

(ii) Hardness Test: Hardness was tested using Pfizer Hardness Tester. The tablet was placed between two platens and compressed and the value of the hardness is measured (kg/cm2). The platens should be parallel and their faces should be polished smooth and precision-ground perpendicularly to the direction of movement.