PREPRATION AND EVALUATION OF NANO-EMULSION FORMULATION BY USING SPONTANEOUS EMULSIFICATION 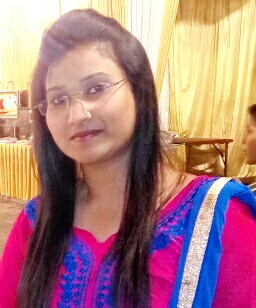 ABSTRACT
The objective of our investigation was to design a thermodynamically stable and dilutable nanoemulsion formulation of Ibuprofen, with minimum surfactant concentration that could improve its solubility, formulation were taken from thermodynamic stability and dispersibility test. The oil, surfactant, co-surfactant and aqueous phase, respectively, containing 100mg of ibuprofen showed a significant improvement in drug release. In vitro drug release of the nanoemulsion formulation was highly significant as compared to marketed tablet formulation. The present study revealed that tinidazole nanoemulsion could be used as a liquid formulation for increase bioavailability. The formulated system can also be treated as self nano emulsifying drug delivery system.

INTRODUCTION
The term “Nanoemulsion” refers to a thermodynamically stable isotropic clear dispersion of two immiscible liquid such as oil and water, stabilized by an interfacial film of surfactant molecules. A nanoemulsion is considered to be a thermodynamically or kinetically stable liquid dispersion of an oil phase and a water phase in combination with a surfactant. The dispersion phase typically comprises small particles or droplets, with a size range of 5nm-200nm, and has very low oil/water interfacial tension. Because the droplet size is less than 25% of the wavelength is formed readily and sometime spontaneously generally without high energy input. In many cases a co-surfactant or co-solvent is used in addition to the surfactant, the oil phase and the water phase.

Advantages of nanoemulsion over other dosage forms[4]
-    Increase the rate of absorption.
-    Various routes like topical oral and intravenous can be used to deliver the product.
-    Increase bioavailability.
-    Help in taste masking.
-    Rapid and efficient penetration of the drug moiety

METHODS
Preparation of standard curve
The absorption maxima of drug were determine by UV-Spectrophotometer and was used for preparation of standard curve in pH 7.2 phosphate buffer solution. Various concentrations of 2,4,6,8, & 10 microgram per milliliter sample were prepared and analyzed for absorbance. The data was then treated statistically to obtain the value of Y= MX+C.

Selection of Phases
The entire water insoluble drug was tasted for solubility in isopropyl myristate in presence of surfactant co- surfactant mixture. The drug with best solubility profile in oily phase was investigated.

Preparation of semi-permeable membrane
0.1 N Hcl was prepared by dissolving 43.47 ml Hcl and made up the volume up to 500 ml by distilled water. After that the egg was dipped in the solution carefully, until the outer membrane of the egg was removed. After complete removal the prepared semi permeable membrane than it was washed with distilled water to remove the acid solution completely

Preparation of nanoemulsion
The homogeneous organic solution (S1) was composed of oil (400mg isopropyl myristate) and a lipophilic surfactant (86 mg of span 80) in water miscible solvent (40ml). The homogeneous aqueous phase (S2) was formed by water (80ml), and hydrophilic surfactant (136mg Tween 80). -    The organic phase was injected in the aqueous phase under magnetic stirring. The o/w emulsion was formed instantaneously by diffusion of the organic solvent in the external aqueous phase leading to the formation of nano droplets. The magnetic stirring was maintained during 30 min to let the system reach equilibrium. -    The totality of the water miscible solvent was removed by evaporation during 45 min under reduces pressure. Nano droplets of oil were dispersed in aqueous solution of water and hydrophilic surfactant. [6,7,8,9,10,11]

Pseudo-ternary phase diagram study
On the basis of the solubility studies of drug isopropyl myristate was selected as the oil phase. Tween 20 and ethanol were used as surfactants and co- surfactant respectively. Water was used as an aqueous phase for the construction of phase diagram. Oil surfactants and co-surfactant (Smix) were grouped together for phase study. Surfactant and co-surfactant in group was mixed in weight ratio (1:1). For phase diagram oil and specific ratio was mixed thoroughly in different weight ratios from 1:9 to 9:1 in different glass vials. Sixteen different combinations of oil and Smix, 1:9, 1:8 1:7, 1:6, 1:5, 2:8 (1:4), 1:3.5, 1:3, 3:7(1:2.3), 1:2, 4:6(1:1.5), 5:5(1:1), 6:4(1:0.7), 7:3(1:0.43), 8:2(1:0.25), 9:1(1:0.1) were made so that maximum ratio were covered for the study to delineate the boundaries of phases precisely formed in the phase diagrams. Pseudo-ternary phase diagram were develop using aqueous titration method. Slow titration with aqueous phase was done to each weight ratio of oil and Smix and visual observation was carried out for transparent and easily flow able oil in water nano emulsion. The physical state of nano emulsion was marked on a pseudo three component phase diagram with one axis representing aqueous phase. The other representing oil and the third representing a mixture of surfactants and co-surfactants at fixed weight.

EVALUATION PARAMETERS
Dispersibility Test
The efficiency of self emulsification of oral nanoemulsion was assessed using a standard USP XXII dissolution apparatus 2.1 ml of each formulation was added to 500ml of water at 37oC. A standard stainless steel dissolution paddle rotating at 50 rpm provided gentle agitation. The in vitro performance of the formulation was visually assessed using the following grading system.
Grade A: rapidly forming (with in 1 min) nanoemulsion having a clear or bluish appearance.
Grade B: rapidly forming, slightly less clear emulsion having a bluish white appearance.
Grade C: fine milky emulsion that formed with in 2 min.
Grade D: dull greyish white emulsion having slightly oily appearance that is slow to emulsify (longer than 2min)
Grade E: formulation exhibiting either poor or minimal emulsification with large oil globules present on the surface.