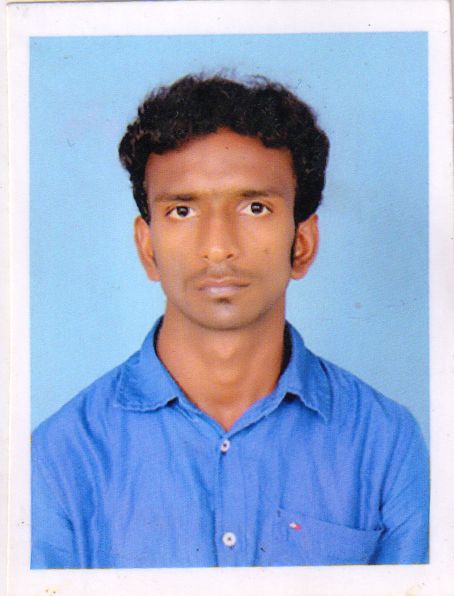 ABSTRACT:
A 25 years married man was admitted on to emergency acute medical care unit. He had fallen ill after an afternoon meal from 4 days ago which consisted of rice and 3 tubers identified as gloriosa superb. About 3hrs after the ingestion, he developed abdominal pain, vomiting (15-20 episodes), and watery diarrhoea 15-20 episodes. He developed bleeding gums, yellowish discoloration, hematemesis 30-50 ml, 24episodes, haematuria, decreased urine output along with continued diarrhoea and vomiting. He was treated with iv fluids crystalloids and colloids titrated, 1 fresh frozen plasma (FFP), 1fresh platelet transfusion, inj. vit K, supportive treatment with close monitoring of vitals. Therapy as planned for ventilator support, however had ever had bleeding per rectum and hematemesis with aspiration, even with best available resuscitative efforts he succumbed to his illness and declared clinically dead after 36hrs of admission, his cause of death was given as multiorgan dysfunction see to gloriosa superb. Though poisoning with gloriosasuperba is rare it is mostly fatal and requires aggressive and prompt treatment is mandatory from saving the patient from death.

“GST will be the best example of co-operative federalism. Together we will take India to new heights of progress. We continue to work with all parties and states to introduce a system that benefits all Indians and promotes a vibrant and unified national market. This reform will promote ‘Make in India,’ help exports and thus boost employment while providing enhanced revenue.” — Prime Minister of India, Mr. Narendra Modi, 3rd August 2016

ABSTRACT:
Clinical pharmacy is defined as that area of pharmacy concerned with the science and practice of rational medication use. The pharmacist, along with the prescriber has a duty to ensure that patients are aware of the risk of side effects and a suitable course of action should they occur. With their detailed knowledge of medicine, pharmacists have the ability to relate unexpected symptoms experienced by patients to possible drug interactions of their drug therapy. The practice in clinical pharmacy also ensures that drug interactions are minimized by avoiding drugs with potential side effects in susceptible patients. Thus, pharmacist has a major role to play in relation to prevention, detection, and reporting drug interactions.

ABSTRACT
A review on USFDA observation and finding while inspection of Pharmaceutical the present review provide some important , Significant observation and measure of compliance.USFDA is an regulatory body governing health products which are made ( in or  outside USA) and marketed in united States of America. Significant deviation from cGMP and Significant violation from cGMP for both API Facility and formulations .strictly compliance requirements under 21 Code of federal regulations (CFR). FDA observation includes but not limited to this. If not cleaned and maintained equipment at appropriate intervals to prevent contamination that would alter the Safety, Identity, Strength, Purity and Quality of drug product (SISPQ) ,violation under [ 21 CFR & 211.67 (a) ]. Data integrity is main issue Raised in most FDA warning letter. Corrective action and plan. Level of control must be raised from raw material, packaging material (Accurate, Legible, Contamptarious, Original, Attributable (ALCOA)) in process, finished dosage form, Maintain log book properly. Guidelines for Out of specification(OOS ) and out of trends(OOT)  must be follow if any required.

ABSTRACT
Prognosis the medical outcome of a corrective prediction, physicians become aware of a particular drug through promotional strategies. If all relevant information received is positive, the drug may be tried on few patients’. As a matter of fact if the outcomes of the trials are acceptable physicians will shift and may be more interested to prescribe the drugs consistent. Prescribing drugs is a standard component of most physicians’ practices. It is an important area of practice that requires appropriate knowledge, skill and professional judgment. To improve patient safety when prescribing, these qualities set out expectations for physicians who prescribe drugs. However in connection with the physician’s prescription pattern, Indian pharmaceutical industry is at a turning point. The pharmaceutical firms have to change their strategies for the challenges ahead. Quality systems, innovation, manufacturing and marketing competence are associate factors that affects physicians prescription pattern. The efficacy of drug discovery process has been reported to have suffered a major transformation. New drug discovery has to be strictly adhere to the tight intellectual property rights to ensure effective and efficient, prescriptions and protections. Further clinical and behavioral characteristics of the patient, research and the pressures from drug firms, high curing effect; habitual or non-habitual choice, behavior pattern of patients, peer influence of physicians (community of physicians) and education and advertising are reviewed factors affecting physician’s prescription pattern.

ABSTRACT:
Tankan bhasma which has been used since very long time in Ayurveda. Tankan bhasma purification is done by the mand agni. Evaluation of physic-chemical property of Tankan bhasma. We are studing toxicological study of Tankan (Borax). Toxicological study on eyes, skin, inhalation, ingesion, carcinogenicity, reproductive or developmental, target organs, also signs and symptoms of exposure. We are studied on the first aid treatment if hazards due to contacts with eyes, Ingestion, and skin. Various uses of Tankan (Borax) bhasma we are studying. Also we are studying the analytical evaluations. Such as Tankan (Borax) bhasma evaluation containing moisture content, organic contain, Nishchandratva, Nishchandratva, Varitaratvam, Rekhapurnatvam, Unama test, Nirchandrata, Amla pariksha, Avami, Anjana Sannibha, X-ray diffraction i.e XRD study, also the Scanning Electron Microscope that is SEM, this all methods we are using for the evaluation of Tankan (Borax) bhasm.

INTRODCUTION
Worldwide the Pharmaceutical industry dynamics is undergoing a significant transformation in terms of cutting edge advancement in the areas of pharmaceutical R&D specially the biotechnology based products, innovative drug delivery technologies, and large scale efficient pharmaceutical manufacturing capacities and so on. According to the list published by FDA for GMP facilities producing generic drug products and APIs for the US market 70% of the APIs and FDFs (Finished dosage Form Facilities) are produced outside US and India counts for 23.7 % of the API and FDF facilities and is by far the largest country exporting to the US. Even China counts for less than a half of the FDF and API facilities exporting to the US, as compared to India[1]

Cancer is called “Emperor of All Maladies.” Finding cure for cancer is one of the most important goal of medical research. Cancer is among the leading causes of morbidity and mortality worldwide. Globally, in the year 2012, cancer affected 14 million new people and 8.2 million people died from cancer or cancer-related complications[1]. Current cancer therapies are costly and have many side effects. Additional problems are development of resistance to treatment and recurrence of cancer even after initial successful treatment.

ABSTRACT
Designed in and named after Jaipur, India, the prosthetic foot was designed to be inexpensive, water-resistant, and quick to fit and manufacture. Several field trials case studies were made and this artificial aid was found to be very comfortable and acceptable to the amputee population following floor sitting culture.  The quality assertion and standards related to these prostheses at affordable cost assume great significance especially for India and other developing countries. Environmental issues such as biodegradability of various components like microcellular rubber, tread rubber, nylon cord, cushion compound and skin colour rubber and other. It is necessary that biodegradation issues should be widely held at various platforms beside its bioengineering and designing issues for proper handling and storage concerns. Approval standards and quality control should be a part of the development effort prior to regular production and use of these low cost prostheses.

Cancer incidence is increasing worldwide [1]. It can affect any part of the body, showing symptoms often in late stages. Diagnosis of cancer has a huge impact on patient and his/her family. Cancer treatments are costly and toxic, many times giving rise to secondary cancers. Even after successful treatment, risk of recurrence of cancer is significant sometimes.