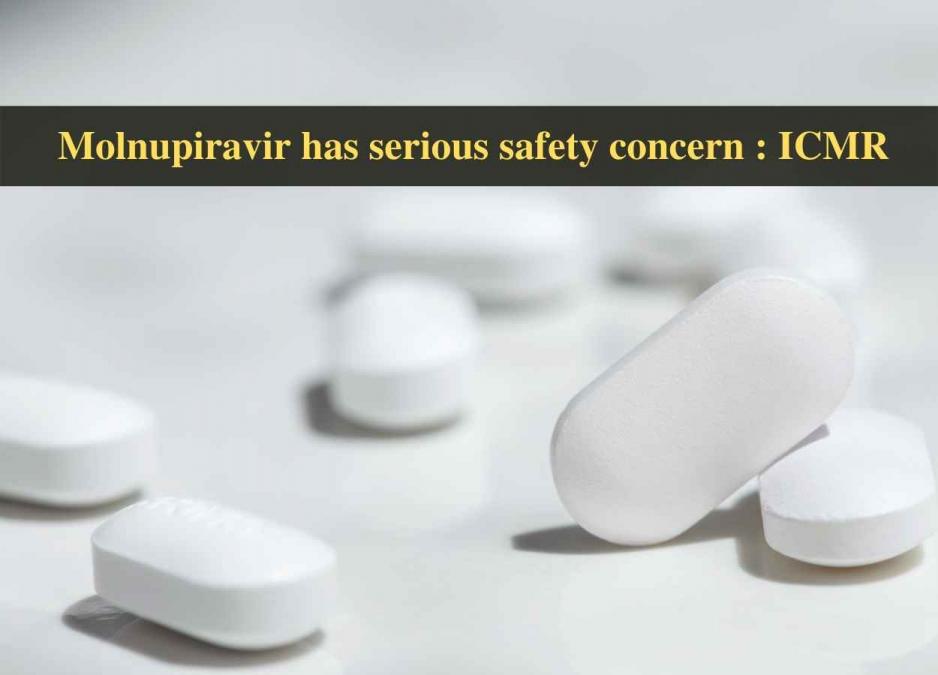 Antiviral medicine molnupiravir which recently got approval from the CDSCO in India and is being manufactured by many pharma companies, has serious safety concerns, and thus has not been included in the national COVID-19 clinical protocol recommended by the health ministry, the Indian Council of Medical Research (ICMR) director general Balram Bhargava said.

Bhargava said the COVID-19 task force has debated twice whether to include the Molnupiravir in the COVID-19 treatment protocol but decided against it because of concerns.

“The US has approved it only based on 1,433 patients with a 3% reduction in moderate disease when given in mild cases. However, we have to remember that this drug has major safety concerns. It can cause teratogenicity, mutagenicity , and it can also cause cartilage damage and can also be damaging to muscles,” Bhargava said.

“More importantly, if this drug is given to a man or a woman, contraception has to be used for three months, as the child conceived during that period may have problems with teratogenic influences. So, it is not included in the national clinical protocol, the WHO has not included it, nor has the UK,” he added.

A teratogen is an agent that can disturb the development of the embryo or fetus. Teratogens halt the pregnancy or produce a congenital malformation (a birth defect). Classes of teratogens include radiation, maternal infections, chemicals, and drugs.

He further said that we are still concern about pregnancy, lactation, children, soft tissue injury, reproductive age group, vaccination, history of infections while giving any medicine. The 1433 patients was vaccinated and reports are based on it and only 3 % reduction was there in mild to moderate disease.