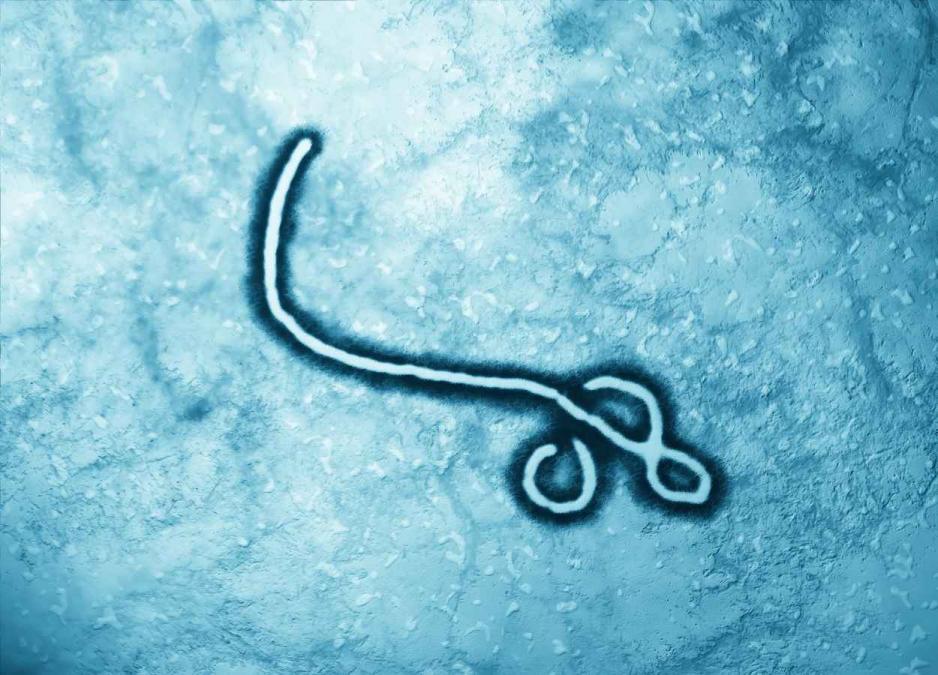 Some survivors of ebolavirus outbreaks make antibodies that can broadly neutralize these viruses--and now, scientists at Scripps Research have illuminated how these antibodies can disable the viruses so effectively. The insights may be helpful for developing effective therapies.

Ebolavirus is a family of often-deadly viruses that includes Ebola virus and many lesser-known viruses such as Bundibugyo virus, Sudan virus and Reston virus. Structural biologists at Scripps Research used electron microscopy techniques to visualize a set of antibodies that target a key site on these viruses called the "glycan cap." Their research showed that the antibodies work against ebolaviruses using the same three mechanisms to prevent the virus from infecting host cells.

The research, published in Cell Reports, is a step toward the creation of an antibody-based treatment that will be useful against a broad range of ebolaviruses. "We now understand the molecular basis for these antibodies' abilities to neutralize ebolviruses with broad reactivity against different viral species," says the study's first author Daniel Murin, PhD, a staff scientist in the laboratory of Andrew Ward, PhD.

Ward, a professor in the Department of Integrative Structural and Computational Biology at Scripps Research, says he hopes the work will contribute the development of a "cocktail" of therapeutic antibodies that can save lives by treating many forms of the Ebola virus. "The goal is to provide doctors in Ebola-prone regions their best weapon yet against these deadly outbreaks," Ward says. "The insights we have gained through our structural studies of the virus show how this may be possible."

Ever-emergent Ebola
The first known ebolavirus, now called Zaire ebolavirus or simply Ebola virus, was identified in 1976, named for the site of an outbreak that year near the Ebola river in what was then Zaire and is now the Democratic Republic of Congo.

Other species have since been added to this family of viruses, including Sudan ebolavirus and Bundibugyo ebolavirus. Ebola viruses colonize African fruit bats, often cause disease in chimpanzees and other non-human primates, and trigger outbreaks in humans every few years, on average. Infected people develop a hemorrhagic syndrome that is fatal in roughly half of untreated cases. Vaccines against Ebola have been developed recently but have not yet been widely used. And although antibody-based treatments also have been developed, none has been shown effective against a broad range of ebolavirus species.

Nevertheless, studies in recent years have shown that some survivors of Ebola infections carry antibodies that, in lab-dish tests, can neutralize multiple ebolavirus species. A surprisingly high proportion of these broadly neutralizing antibodies target the glycan cap, a sugar-slathered site on a stalk-like protein--called the glycoprotein--that enables Ebola viruses to enter host cells.

In the new study, Murin and Ward, along with their colleagues in the James Crowe Lab at Vanderbilt University where the antibodies were isolated, used electron microscopy to analyze a set of glycan cap-targeting antibodies from survivors of various ebolaviruses. Their aim was to understand better how these antibodies target the virus so effectively.

Three ways to defeat the virus. Their analysis suggested that the most broadly effective of these glycan cap-targeting antibodies hit the same vulnerable site on the glycan cap, allowing them to thwart viral infectivity in three ways. First, the antibody displaces a long viral structure near the glycan cap in a way that destabilizes the entire viral glycoprotein structure, sometimes causing it to fall apart.

The scientists also determined the key genetic elements that allow glycan-cap antibodies to thwart ebolaviruses in these three ways.
Now that they have illuminated how these broadly neutralizing antibodies work, Ward, Murin and colleagues are testing them as parts of a next-generation antibody cocktail that they hope will be able to treat the Zaire, Sudan and Bundibugyo ebolaviruses.