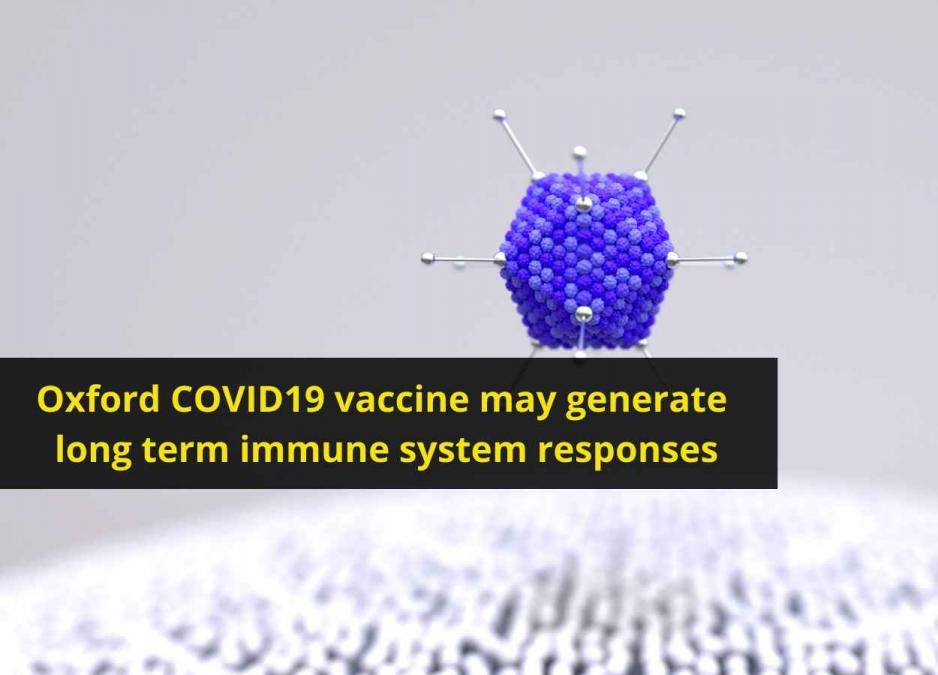 Adenovirus vaccine vectors, such as the ChAdOx1 nCov-19 construct which has risen to prominence as a major vaccine for COVID-19, may generate robust long-term immune system responses, according to scientists from the Universities of Oxford and the Cantonal Hospital St.Gallen, Switzerland.

Writing in the journal Nature Immunology, they detail an investigation into one of the key features of adenovirus vaccines – their ability to generate strong and sustained populations of the ‘killer’ T-cell element of the immune system.

In an animal model, they observed that adenoviruses are able to get into long-lived tissue cells, known as fibroblastic reticular cells, which in turned formed small, well organised clusters, acting as ‘training grounds’ for these T-cells, appearing to explain how these vaccines sustain robust immune system responses.

Paul Klenerman, Sidney Truelove Professor of Gastroenterology at the University of Oxford’s Nuffield Department of Medicine, and one of the lead authors of the paper, said:

‘Millions of people will have received adenovirus vaccines around the world, not only the Oxford-AstraZeneca vaccine, but the J&J vaccine, and also the Chinese and Russian versions. The ultimate goal with these vaccines is the induction of long-term immune system protection using both antibodies and T-cells. This research helps us to understand more on the process of vaccination, and why the effects on killer T-cells are so prolonged.’

The researchers show that adenovirus vectors can target specific cells – known as stromal cells in tissues such as the lung – generating antigen ‘depots’ in these long-lived cells. These stromal cells were originally thought just to provide an inert scaffold for the tissues, but it appears that they are very dynamic cells with a major role in immune control. The long lived nature of the cells means that the antigen can be ‘shown’ to the immune system many times, effectively boosting the response,  a critical element of generation of protective T-cells.

They were also able to investigate other mechanisms which may explain the particular efficacy of adenovirus vectors, including the key chemical messenger involved in signalling to T cells. This is a factor called IL-33 – a so-called “alarmin” released when the stromal cells receive signals of distress. IL-33 acts to strongly boost to the metabolism of the T cells, resulting in effectively more energetic cells and a highly protective immune response.

Burkhard Ludewig, Professor at the University of Zurich, and Head of the Medical Research Center, Cantonal Hospital St. Gallen, Switzerland, also a lead author of the paper, said:

‘Adenoviruses have co-evolved with humans over a very long time, and learned a lot about the human immune system in the process. Viruses are always the best teachers, and here they have taught us an important lesson about how best to boost killer T cell responses. The T cells that come from these cellular training camps appear to have a very high level of “fitness”. Hopefully we can put this to good use in designing new vaccines – vaccines that we still desperately need for diseases such as TB, HIV, hepatitis C and cancers.’

The researchers will now continue to investigate these particular pathways for immunization against emerging pathogens, both in pre-clinical models, and clinical studies, with the goal of helping to accelerate further development of crucial vaccines.