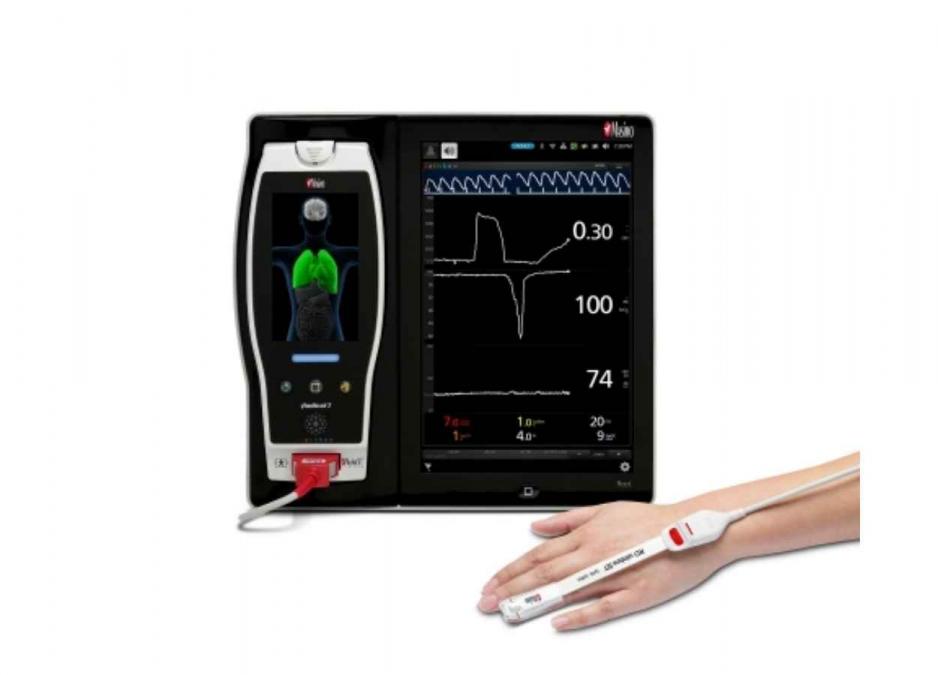 Masimo announced the findings of a study published in the Turkish Journal of Medical Sciences in which Dr. Ayten Saracoglu and colleagues at the Marmara University Pendik Training and Research Hospital in Istanbul evaluated the ability of ORi to guide oxygenation by measuring its impact on hyperoxemia-mediated morbidity during one-lung ventilation conducted as part of thoracic surgery. They concluded that ORi-guided oxygen titration may reduce hospital stay and increase patient safety.

ORi, available outside the U.S. since 2014, is a noninvasive and continuous parameter intended to provide additional insight into a patient’s oxygen status under supplemental oxygen. Enabled by the multi-wavelength rainbow® Pulse CO-Oximetry platform, ORi is provided alongside oxygen saturation (SpO2) measured by clinically proven Masimo SET® pulse oximetry.

Noting that during OLV, a common technique for facilitating a wide variety of pulmonary procedures, 100% fraction of inspired oxygen (FiO2) supplemental oxygen administration is commonly used, which exposes patients to the possibility of hyperoxia-induced lung injury, the researchers sought to determine whether ORi could “protect patient from the harmful effects of hyperoxemia with a noninvasive probe during OLV.” They divided 103 patients with lung tumors (18-70 years of age, ASA I-III), enrolled between September 2018 and September 2019 and requiring OLV as part of elective thoracic surgery, into four groups as noted below:

During OLV, oxygen titration was performed without ORi for patients in groups 1 and 2, while groups 3 and 4 used ORi from Masimo Radical-7® Pulse CO-Oximeters® and rainbow® sensors. For all 4 groups, SpO2 and partial pressure of arterial oxygen (PaO2) were routinely measured while FiO2 was routinely administered at 50% after induction, rising to 60% when the OLV was applied, and increasing to 70%-100% as necessary.

The observation that mean FiO2 values were found to be significantly lower in the ORi groups (3 and 4), compared to the groups without ORi (1 and 2), led the researchers to hypothesize that “the risk of hyperoxia will be lower in patients undergoing ORi monitor[ing].” The researchers noted, “ORi cannot replace arterial blood gas analysis; however, it is useful to assess oxygenation. In groups without ORi monitors, the FiO2 was significantly higher than 80%. Moreover, in our study, it was revealed that these patients had a longer hospital stay.”

There was no significant difference in ORi values between the low-flow (group 3) and high-flow (group 4) cohorts.

The researchers concluded, “The adjustment of ORi with peripheral oxygen saturation and blood gas analysis demonstrated that hyperoxemia could be prevented during OLV in patients under low flow or high flow anesthesia. We concluded that ORi-guided thoracic anesthesia may reduce hospital stay and increase patient safety.”