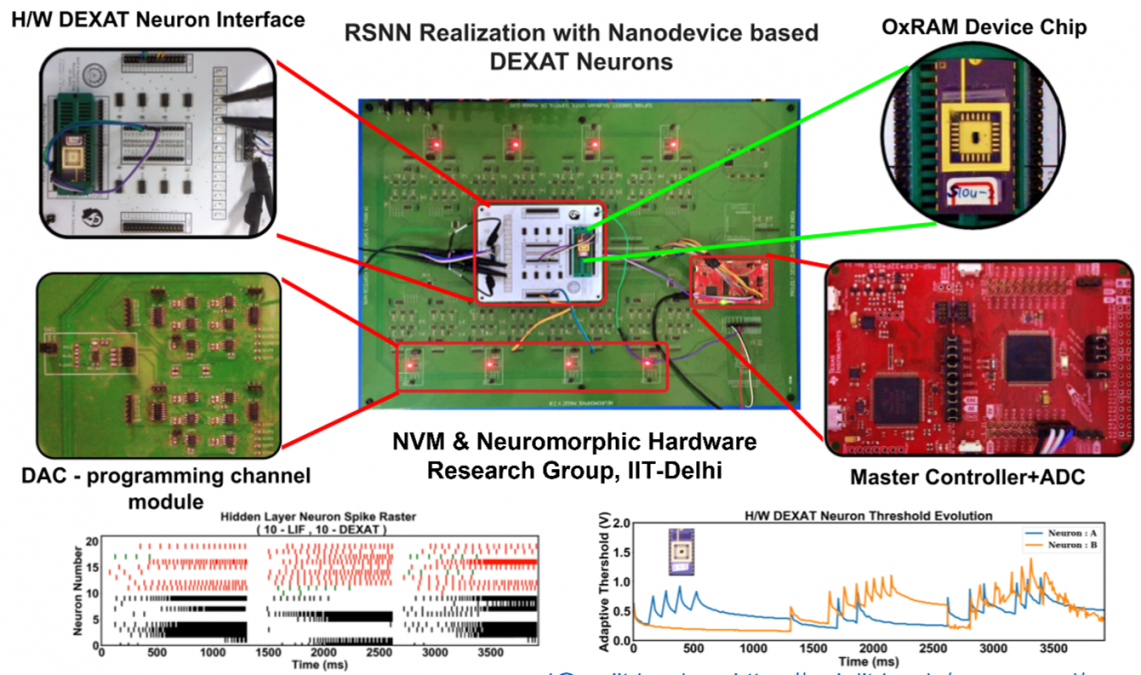 Human brain is one of the most powerful and intelligent natural computer known to mankind. Neuromorphic computing refers to the field of technology where engineers try to build intelligent machines inspired from the working of mammal brains. Neurons and synapses are believed to be the most important building blocks giving rise to intelligence inside brains.

The work, which was partly funded by the Core Research Grant from the Science and Engineering Research Board (SERB), Department of Science and Technology (DST), contributes to the relatively nascent and emerging field of Recurrent Spiking Neural Networks (RSNNs).

Speaking about the work, Prof. Suri (Principal Investigator) said, “In our research group at IIT Delhi, we extensively work on all aspects of semiconductor memory technology and its emerging applications with academic and industrial partners. Over the last few years, we have successfully demonstrated the utilization of memory technology beyond simple storage. We have efficiently utilized semiconductor memory for applications such as: in-memory-computing, neuromorphic-computing, edge-AI, sensing and hardware-security. This work, specifically exploits analog properties of nanoscale oxide-based memory devices for building adaptive spiking neurons.”

The study demonstrated neuron model with higher accuracy, faster convergence and flexibility in hardware implementation compared to other state-of-the-art adaptive threshold spiking neurons. The proposed solution achieves high performance with fewer neurons. Benefits of proposed invention were shown on multiple datasets. Classification accuracy of 91% on Google Spoken Commands (GSC) dataset was achieved. A patent has also been filed on this work.