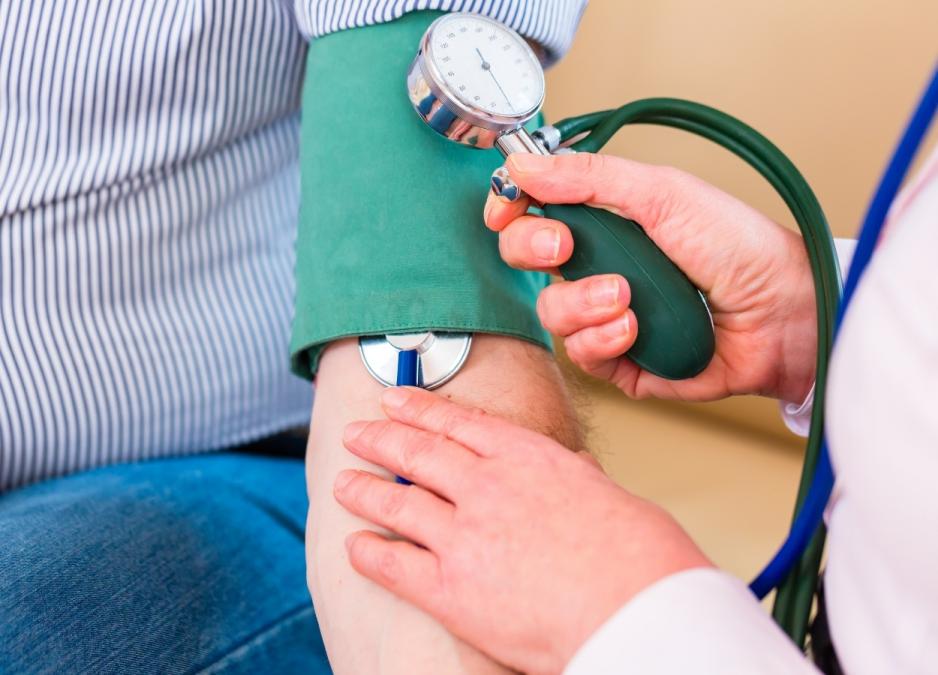 When people with human immunodeficiency virus (HIV) develop high blood pressure, the type of medication chosen for their initial treatment may influence their risk of heart disease, stroke and heart failure, according to new research published today in Hypertension, an American Heart Association journal.

With current anti-retroviral medications, people with HIV are able to live longer. However, people with HIV receiving anti-retroviral therapy (ART) are more likely to develop high blood pressure (hypertension) and hypertension-related heart problems than people who do not have the virus. The current study is the first to examine how the choice of blood pressure medications influences the long-term risk of heart disease, stroke and heart failure in this population that has a higher risk of CVD.

"We suspected there could be differences in risk based on which medications providers select to treat hypertension among people with HIV due to potential interactions between blood pressure medications and some therapies used to treat the virus. Additionally, factors such as how the body handles salt, inflammation and the accelerated aging of blood vessels may affect the risk of cardiac events in people with HIV differently than people who do not have HIV, which could be influenced by which blood pressure medication is used," said the study's senior author Jordana B. Cohen, M.D., M.S.C.E., assistant professor of medicine and epidemiology in the renal-electrolyte and hypertension division in the Perelman School of Medicine at the University of Pennsylvania in Philadelphia.

In the current study, the researchers reviewed records of 8,041 veterans with HIV (average age 53 years, 97% male, 49% Black adults) who developed high blood pressure between 2000-2018; 6,516 had never been diagnosed with heart or blood vessel problems. At baseline, of the 8,041 patients, 5,979 (74%) were on anti-retroviral medication therapy and 6,582 (82%) were prescribed single antihypertensive medication therapy: 1,025 (13%) on beta blockers, 848 (11%) on calcium channel blockers, 1,905 (24%) on ACEi/ARBs and 1,865 (23%) on diuretics. The occurrence of heart disease (heart attack, heart-related chest pain, or need for a procedure to open narrowed arteries supplying blood to the heart), stroke or heart failure over the next 6.5 years was compared among the study participants based on the different types of blood pressure medications.

Researchers found:
• In this study, 13% of the veterans with HIV were prescribed beta-blockers as their initial hypertension treatment. Single-medication treatment was started with angiotensin-converting enzyme inhibitors or angiotensin II receptor blockers (ACEi/ARBs) in 24% of patients; thiazide or similar diuretics in 23%; and calcium channel blockers (CCBs) in 11%.
• During the mean 6.5 years follow-up period, 25% of the veterans experienced a cardiovascular event. Among veterans who had not been diagnosed with heart disease at the beginning of the study, the risk of developing heart disease, heart failure or stroke for the first time was 90% higher among those taking beta-blockers compared to the veterans who were taking ACEi/ARBs, the most frequently prescribed type of high blood pressure medication. The increased risk was present whether or not blood pressure was under control. Thiazide diuretics and CCBs did not increase risk.
• Among veterans with HIV who did not have chronic kidney disease, the use of ACEi/ARBs was associated with a lower risk of developing heart failure, compared to those patients taking other medications who were found to have about a 50% higher risk of heart failure.

"Blood pressure and heart disease risk in patients who have HIV can be safely managed with first-line treatment of hypertension with ACEis, ARBs, CCBs and thiazide diuretics and may have added benefit from initial treatment with ACEis and ARBs," Cohen said.

Although CCBs are among the medications recommended for the initial treatment of hypertension, in this study beta-blockers were prescribed more frequently than CCBs.

"We were surprised by the high rates of beta-blockers prescribed for first-line hypertension treatment since they are not recommended as first-line agents," Cohen said. "We suspect this may be due to the fact that many people with HIV receive primary care from their infectious disease team, who do an amazing job at managing HIV but may not be focused on blood pressure treatment guidelines and contraindications. Ideally, a patient's primary care and infectious disease team should work together for the best possible outcomes."

Cohen said the results also highlight that there is possible harm from sing beta-blockers as first-line treatment for hypertension whether a person has HIV or not.

"While many people are appropriately treated with beta-blockers for various reasons, if you think you are taking them only for hypertension and aren't on any other blood pressure medications, I'd recommend talking to your doctor to make sure it's the best medication for you," she said.

As a retrospective analysis, the study cannot establish a cause-and-effect relationship between medication choice and heart disease events. The study results may also be affected by factors the researchers were unable to measure, such as some sociodemographic factors and patient preferences in medication choice. Although the results were the same in men and women in the study, the large proportion of men in the sample limits the ability to generalize the findings to women. Results from this study of veterans receiving care through the Veterans Health Administration also may not be generalizable to non-veterans or people who do not have health insurance or access to routine medical care.

"Patients with HIV need heightened attention to their elevated risk of heart disease. More dedicated research studying the unique needs for people with HIV and those taking ARTs is needed in order to optimize cardiovascular prevention," Cohen said.