TB Vaccine could be a valuable weapon in COVID-19 Fight : Researchers 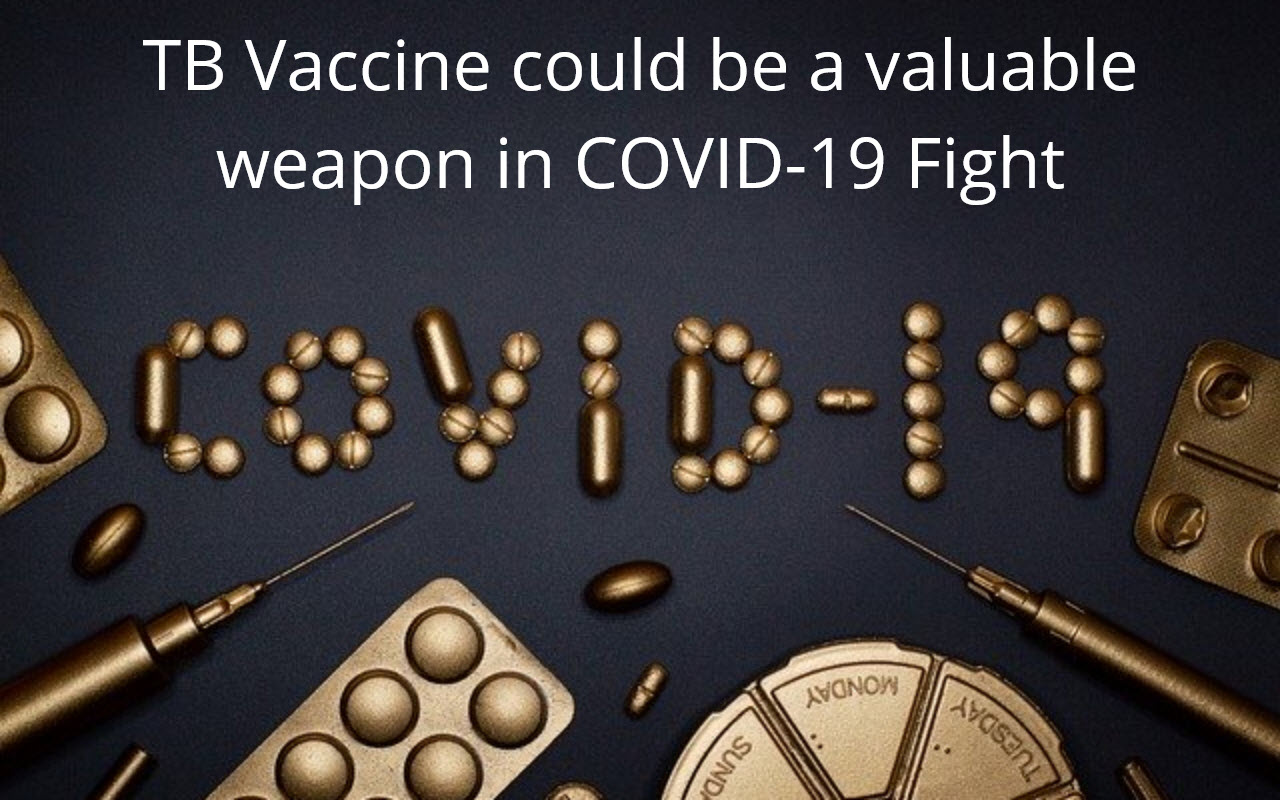 The tuberculosis (TB) vaccine, Bacillus Calmette-Guerin (BCG), could be a potential weapon in combatting the deadly coronavirus according to findings published by NYIT College of Osteopathic Medicine (NYITCOM) researchers, led by Gonzalo Otazu, Ph.D., assistant professor of biomedical sciences.

The United States currently leads the world in confirmed COVID-19 cases, followed by Italy, per the latest report from Johns Hopkins University’s Center for Systems Science and Engineering (CSSE). Now NYITCOM researchers propose that the severity of COVID-19 impact may be linked to varying national policies on BCG childhood vaccination.

“We found that countries without universal policies of BCG vaccination, such as Italy, the Netherlands, and the United States have been more severely affected compared to countries with universal and long-standing BCG policies,” the researchers state.

According to the study, made widely available by MedRXiv, a combination of reduced morbidity and mortality could make the BCG vaccination a game-changer in the fight against COVID-19. As one of the most widely used vaccines in the world, the BCG vaccine has existed for nearly a century and has been shown to be an effective tool in preventing meningitis and disseminated TB in children. The inoculation is also believed to offer broad-ranging protection against respiratory infections, which present similar symptoms to COVID-19. In fact, Australian researchers have just announced plans to fast track large-scale testing to see if the BCG vaccination can protect health workers from the coronavirus.

Otazu, who is also a researcher in the new Center for Biomedical Innovation, completed the study with the assistance of NYITCOM students Aaron Miller, Mac Josh Reandelar, Kimberly Fasciglione, and Violeta Roumenova, along with Center technician Yan Li. The team compared various nations’ BCG vaccination policies with their COVID-19 morbidity and mortality and found a significant positive correlation between the year when universal BCG vaccination policies were adopted and the country’s mortality rate. In other words, the earlier a policy was established, the more likely that a significant portion of the population, especially the elderly, would be protected.

So why do some nations vaccinate while others do not? As TB cases fell in the late 20th century, several higher-income countries in Europe dropped their universal BCG policies between 1963 and 2010. In the United States, the CDC currently recommends the BCG vaccine only for very select persons who meet specific criteria and in consultation with a TB expert.

Among the 180 countries with BCG data available today, 157 countries currently recommend universal BCG vaccination. The remaining 23 countries have either stopped BCG vaccination due to a reduction in TB incidence or have traditionally favored selective vaccination of “at-risk” groups.