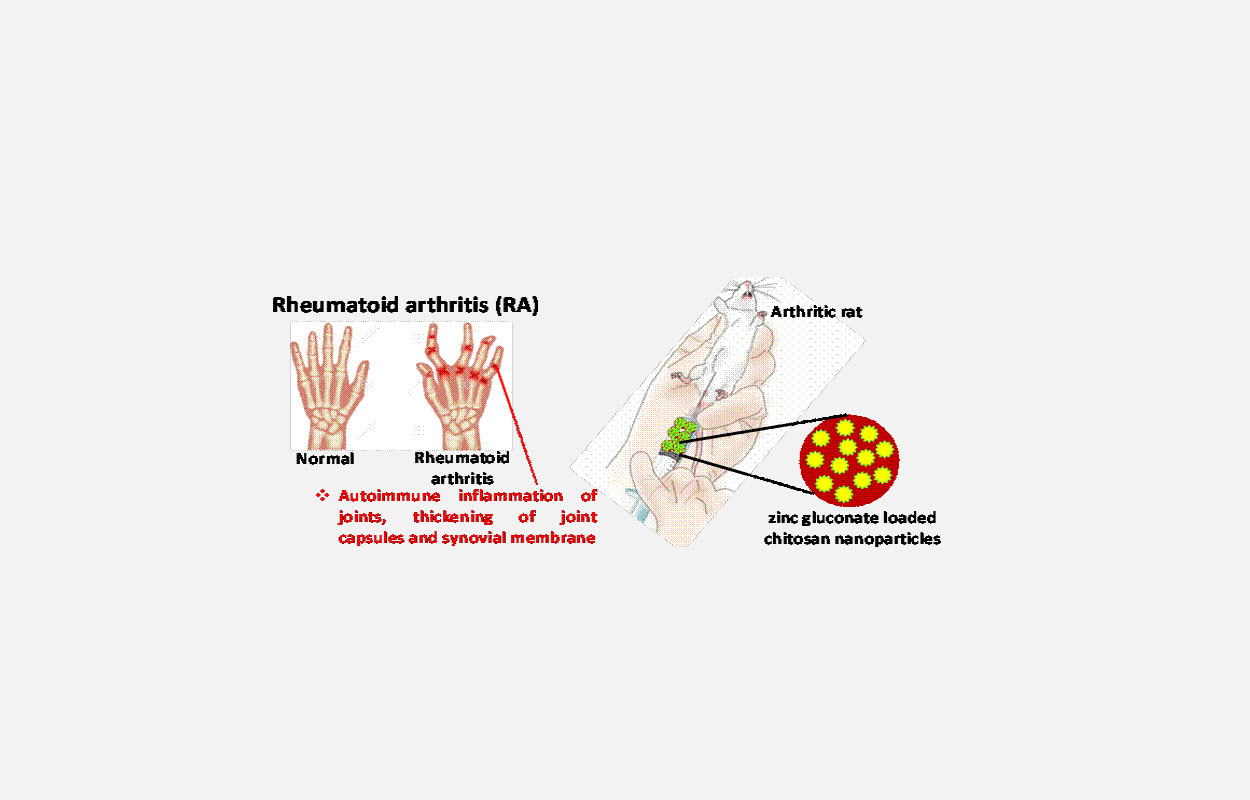 Element Zinc is vital for maintaining normal bone homeostasis, and its levels are reported to get reduced in rheumatoid arthritis patients and arthritis-induced animals. It is also known that oral supplementation of zinc in the form of zinc gluconate have very low bioavailability in humans.

Chitosan, the biocompatible, biodegradable natural polysaccharide that is one of the most abundant biopolymers obtained from the exoskeleton of crustaceans have shown absorption promoting characteristics. The INST team have particularly chosen chitosan as it is biodegradable, biocompatible, non-toxic, and mucoadhesive in nature. A previously published report in the journal ‘Magnesium Research’ exhibited that after intraperitoneal administration in rats, zinc oxide in standard form resulted in a slight increase in serum zinc level, whereas that in nano form resulted in significantly high serum zinc levels thus increasing the zinc bioavailability. This motivated the INST team to develop the nanoformulation of zinc gluconate.

In the recent past, ionic gelation method has been widely employed for formulating chitosan nanoparticles, which may contain various medicinally active pharmacological agents. The DST-Science and Engineering Research Board (SERB) and DST-Nanomission supported study led by Dr. Rehan Khan, published in ACS Biomaterials Science and Engineering journal has analyzed the superior efficacy of zinc gluconate-loaded chitosan nanoparticles over the free form of zinc gluconate.

“Nanobiotechnology provides several effective solutions for the problems that traditional pharmaceutical formulations are often not able to address as effectively, such as sustained and targeted release of drugs, bioavailability, and efficacy of drugs and nutraceuticals, etc. The nanoformulation of zinc gluconate-loaded chitosan nanoparticles developed at INST Mohali is a creative example of a superior therapeutics for rheumatoid arthritis,” said Prof Ashutosh Sharma, Secretary, DST.