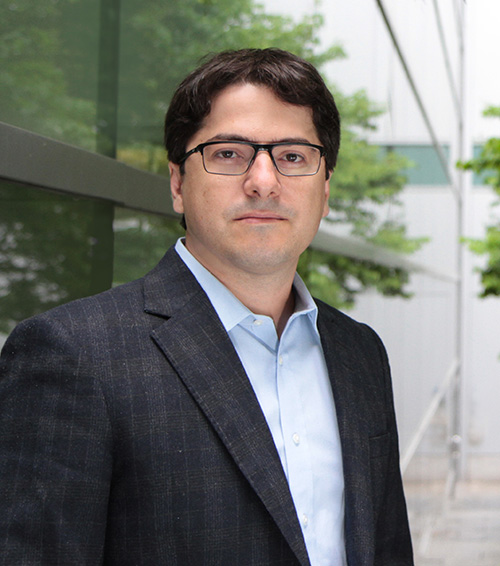 Ancient embedded elements in our DNA from generations past can activate a powerful immune response to kill cancer cells like an infection.

The work builds on Princess Margaret Cancer Centre Senior Scientist Dr. De Carvalho's previous ground-breaking discovery known as viral mimicry – the ability to cause cancer cells to behave as though they have been infected, thereby activating the immune system to fight cancer like an infection.

Dr. Daniel De Carvalho and his team have now identified silent ancient DNA elements buried in our genome that when "reactivated" can initiate this immune response. Importantly, they have also discovered a key enzyme used by cancer cells to prevent this from happening in order to survive.

The enzyme is known as ADAR1, and it acts to prevent the cancer cells from signalling to the immune system. Dr. De Carvalho, Associate Professor, Medical Biophysics, University of Toronto, discovered that by inhibiting this enzyme, cancer cells were more sensitive to new drug therapies that induce viral mimicry.

"Humans acquired a series of 'silent' repetitive elements in our DNA over millions of years of evolution, but it has been unclear why or what purpose they serve," explains Dr. De Carvalho. "As 'genome archeologists,' we set out to identify the function of these 'DNA relics' and have found that under the right conditions they can be reactivated and stimulate our immune system."

Dr. De Carvalho's discovery of ADAR1 explains how some cancer cells mount a defence against this and protect themselves from our immune system.

"These findings open up a new field of cancer therapies," says Dr. De Carvalho. "It gives us the opportunity to take advantage of these ancient repetitive DNA elements to fight cancer."

Studying the potential to modulate the immune response against tumour cells is one of the most rapidly changing and exciting areas in clinical oncology.

While much knowledge has been gained about how the immune system interacts with cancer, leading to the development of novel immunotherapy drugs, there is still a large proportion of cancer patients who do not respond to immunotherapy alone.

In Dr. De Carvalho's initial discovery, epigenetic drugs were shown to reactivate these repetitive DNA elements and lead to production of double-stranded RNA, a molecular pattern that is also observed following viral infection.

However, if activated by new epigenetic drugs, these SINES produce double-stranded RNA UHN researchers identify silent ancient DNA elements buried in our genome that when "reactivated" can initiate a powerful immune response to kill cancer cells – a marker for infection – and can ultimately be used by cells to trigger an innate immune response.

Dr. De Carvalho likens this response "to an ancient dagger that can be used against cancer."

But cancer cells are wily and have also evolved to evade detection by the immune system even under conditions where the ancient DNA sequences are activated.

Dr. De Carvalho discovered that cancer cells strike back by making more of the ADAR1 enzyme, which functions to disrupt the double-stranded RNA produced by the ancient DNA. In this way ADAR1 prevents the cancer cells from activating the immune system.

Dr. Carvalho and his team went on to demonstrate that deleting ADAR1 from cancer cells makes them exquisitely vulnerable to epigenetic drugs that induce the antiviral response.

"Since the ADAR1 activity is enzymatic, our work provides an exciting new target for drug development efforts for a completely new class of drugs that are able to exploit these 'ancient weapons' in our genome," explains Dr. De Carvalho.