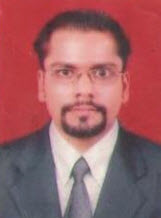 INTRODUCTION
Rabeprazole sodium is chemically (RS)-2-[(4-(3-methoxy propaxy)-3-methylpyridin-2-yl] methyl sulphonyl)-1H-benzo (d) imidazole (fig. 1). Rabeprazole sodium[1] is an antiulcer drug in the class of proton pump inhibitors. As anti ulcer drug, it is used in short-term treatment in healing and symptomatic relief of duodenal ulcers and erosive or ulcerative gastro esophageal reflux disease (GORD); maintaining healing and reducing relapse rates of heartburn symptoms in patients with GORD; treatment of daytime and nighttime heartburn and other symptoms associated with GORD; long-term treatment of pathological hypersecretory conditions, including Zollinger-Ellison syndrome and in combination with Amoxicillin and Clarithromycin to eradicate H. pylori. Mosapride citrate is chemically (RS)-4-amino-5-chloro-2-ethoxy-N-[(4-(4-fluorobenzyl) morpholin-2-yl) methyl] bezamide citrate (fig. 2). Mosapride is a gastro pro-kinetic agent that acts as a selective 5HT4 agonist. The major active metabolite of Mosapride is known as M1, additionally acts as a 5HT3 antagonist. In addition to its prokinetic properties, Mosapride also exerts anti-inflammatory effects on GIT which may contribute to some of its therapeutic effects. Mosapride also promotes neurogenesis in the gastrointestinal tract which may prove useful in certain bowel disorders. The neurogenesis is due to Mosapride’s effect on 5-HT4 receptor where it acts as an agonist. The drug analysis plays an important role in the development of drugs, manufacturing and therapeutic use. Pharmaceutical industries rely upon quantitative chemical analysis to ensure that the raw material used and the final product obtained meets the required specification. 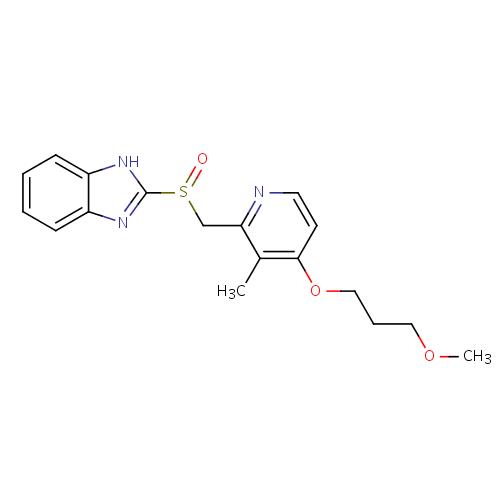 Fig. no. 1 It shows the chemical structure of Rabeprazole 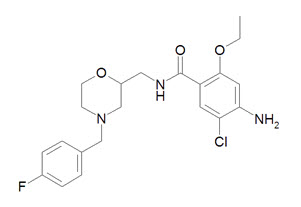 Fig. no. 2 It shows the chemical structure of Mosapride

Apparatus and Chromatographic Conditions: The equipment used was High Performance Liquid Chromatography Equipped with Auto Sampler and DAD or UV Detector. The column Inertsil-C18 ODS column (250 X 4.6 mm; 5 µ) was selected. The flow rate was monitored at 1.0 mL/min. The detection was carried out at 276 nm. The injection volume selected 20 µL, the temperature of the column oven was maintained at 25 °C, the detector used was Photo diode array and the run time was 10.0 min.

The ultra violet spectra of the drugs used for the investigation were taken on a Lab India UV 3000 spectrophotometer for finding out their λmax values.

Solubility of the compounds was enhanced by sonication on an ultra sonicator (Power Sonic 510, (Hwashin Technology).

All the weighings in the experiments were done with an Afcoset electronic balance. The Hermle microlitre centrifuge Z100 (model no 292 P01) was used for the centrifugation process and Remi equipments (model no- CM101DX) Cyclomixer was used.

Glassware: All the volumetric glassware used in the study was of Grade A quality Borosil.

Preparation of Phosphate buffer[20]:The buffer solution was prepared by weighing accurately 3.85 gm of ammonium acetate and transferred to a clean and dry 1000 mL volumetric flask. Initially, about 900 mL of water [HPLC grade] was added. The final volume was made upto the mark with water. Then the pH was adjusted to 4.0 with triethylamine.

Preparation of mobile phase: The mobile phase was prepared by mixing a mixture of above buffer 450 mL (45 %) and 550 mL of methanol HPLC (55 %) and degas in ultrasonic water bath for 5 minutes. Then, the resultant solution was filtered through a 0.45 µ filter under vacuum.

Preparation of sample solution of Rabeprazole and Mosapride: Twenty tablets were weighed accurately and a quantity of tablet powder equivalent to 20 mg of rabeprazole and 20 mg of mosapride were weighed and dissolved in the 70 mL mobile phase with the aid of ultra sonication for 20 min. The content was diluted with 100 mL mobile phase to furnish the preparation of stock solution. The stock solution was filtered through a 0.45 µm Nylon syringe filter and 10.0 mL of the filtrate was diluted into a 50.0 mL volumetric flask to get the desired concentration of 40.0 µg/mL of rabeprazole and 40.0 µg/mL of mosapride.

VALIDATION DEVELOPMENT[15-19]
1. System Suitability:A Standard solution was prepared by using rabeprazole and mosapride working standards as per test method and was injected Five times into the HPLC system. The system suitability parameters were evaluated from standard chromatograms by calculating the % RSD from five replicate injections for rabeprazole and mosapride, retention times and peak areas. The data are represented in table no. 1 and 2.

Table no. 1: It shows the system suitability data for Rabeprazole

Table no. 2: It shows the system suitability data for Mosapride

Fig. No. 3: It shows a typical chromatogram for standard drugs

Fig. No. 4: It shows a typical chromatogram for sample drugs