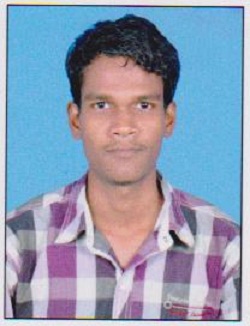 ABSTRACT
This is a review aimed towards the current scenario of health care system in India with respect to the approach of Indian doctors towards the use of generics for a convenient and cost effective healthcare which is a major concern for all Indian citizens and this scenario should get clear for the betterment of Indian patient and the overall healthcare scenario in India. We can say the health care system is four tare system consisting doctors, patients, pharmacist and medicines, so there is a need to establish a significant relation between these four systems for a better health care facility in the country. In this review we have analyzed the Indian doctor’s perception status towards generic medicines, a patient’s feedback status towards generic medicines and from the side of pharmacist in dispensing generics medicines in India. We found that a major part of this system is running out of track and if it remains unsolved an Indian patient can’t expect a cost effective and efficient health services in future

INTRODUCTION:
India is a developing country with approximate population strength of 1.25 billion with a GDP of 1.842 trillion (2012). We are now spending 2.45% of GDP for public health care and we know that as far as the population and economic status of the Indian people is concerned this much GDP towards health care is not sufficient to provide a better health care for Indian people. If we compare the % OF GDP invested by other developing countries like Thailand, Malaysia Srilaanka with India, we will find that we are providing an insufficient GDP towards healthcare services. In a country like India where we find people with wide economic variation one cannot expect a uniform health care service to all peoples. But if we see the health care services of other developing and developed countries we will find a uniform healthcare services to all people as the and the government of  these countries is taking strong steps to maintain a sound healthcare services to all. But it is not correct to say that Indian government is doing nothing towards improving the public healthcare service. But still the health care services in India are not up to the mark that what it should be. If we try to find out reasons behind this issue we will get many set back in our system. But honestly speaking, what the initiatives are taken by the government of India health and family welfare are not implemented correctly throughout the country. So many non government organization and health care professionals are currently working in this field to provide a cost effective healthcare to the Indian patients but they are still struggling for the complete success. If we completely scan the health care system in India we will find many loose points in the systems which are interlinked to each other. The major setback of our healthcare systems are as follows

THE BLACK FACE OF GENERICS:
Doctors, the principal element of the healthcare system is like a sun and patients, pharmacist and medicines are like planets revolving around them. Healthcare system will be effective when there is a proper command of doctors over the pharmacists, patients and medicines. The nexus between the four systems should go in an ethical way i.e. the all the components of the system should think in favor of each other not against each other. Then only we will find a cost effective and efficient healthcare service in the country. But Let’s come to the actual scenario of healthcare service In India, we will find much evidence which is not only serious but also unethical.

Coming to the first point if an Indian doctor think in a way that he/she will always try to give such a service to the patient which will not only cost effective but also efficient, one best option in his/her hand is the intelligent use of generic and branded medicines in his/her prescriptions. Generic medicines not only have the capacity to reduce the cost of prescriptions but also have the strength to give a better therapeutic efficacy as compared to the branded drug. But a question arises here is, does Indian doctors have faith on generic medicines? During our research on this topic we found opinions of various Indian doctors and from there opinion one thing came to the front that Indian doctors are losing faith on generics medicines. This is not a good sign for patients and the generic pharmaceutical firms.

There are various reasons behind disbelieve towards the use of generics. One of the major reasons is the difference in the bioavailability between the generic drugs and the brand name drugs, generally the generic drugs shows improper bioavailability as compared to the branded drugs if bioavailability difference is there then the disease will not cure and a higher therapeutic dose and frequent medication is required, which is a poor therapeutic approach. Doctors always do experiments with different types of medicines (both on generics and branded) on patients during their practice period, when a doctor observes that after repeated use of generic medicines it is not showing a proper response in a patients in more than one trial in that case the doctor automatically switch to branded medicines and the doctors are getting good results out of it. So this is the reason why doctor now a day’s switching more to the branded drugs that the generics.

The prime idea behind the concept of generic medicines was to reduce the medicine cost and to avail the same therapeutic activity as shown by the branded medicines i.e. when the generic copy of a patented drug releases the bioequivalence study is generally carried out to ensure the therapeutic equivalence between the two forms of the same molecules. But the actual practice is not vivid. We will observe a wide range of price difference between same drugs manufactured by different manufactures. Some manufacturers are selling the generic drug at high prices where as some selling the same drug at a very low price. These price differences are putting a question mark in the mind of doctors that which one they will choose the high price or the low price version of the drug.  But as far as the concept of generic drug is concerned price should never set the quality of drugs, that means whenever a patient will purchase a high price or low price version of same drug he or she should get the same therapeutic efficacy. And if a patient will get the better therapeutic efficacy from a very low price version of a drug then why he/she will think about purchasing the high price version of the same drug. But the question arises here is can a doctor or patient keep his/her faith on low price generics and what is going to be the effect of low price generics on patients health

We think the most appropriate answer is neither the doctor nor the patient can keep their faith on low price generics when it the question about a patient’s life, nobody will think about taking a risk. Let’s think on a point that what is the main cause behind the wide price variation between the same forms of a drug from two different manufactures? Is it just a marketing strategy or there is any manipulation in the formulation is there? A general concept will come to our mind that how a pharmaceutical firm can give a drug at a very low price where as his competitors is manufacturing the same drug at relatively medium to high price. Some questions to be discussed over here are when a Pharmaceutical firm releases a low price generic drug, Does the firm is following the correct manufacturing process? Does the firm is using the correct exipients? Does the firm is putting the right amount of active ingredients? And what about the quality of the active ingredients? And what about the level of quality control quality assurance? If we analyze the question we will find many of these above of the systems  can be bi passed in the manufacturing of  generic drugs which can leads to the create bioavailability problem.

Some generic pharmaceutical firms are manipulating their product because they have to survive in the cut throat competition in the market and by bypassing one the above step can reduce the price easily and they can avail their product at a cheaper rate compared to other manufacturer. It a serious offence and this type of unethical drug manufacturing practice should be checked by the drug control authority to safeguard the trust of doctors and patients towards generics.

THE PHARMA- DOCTOR NEXUS:
If we see the pharmaceutical marketing strategies we will find that a pharmaceutical firm generally adopts many ways for their product promotion like electronic media, through medical representative etc. The only strong and effective way of interaction between the doctor and medicines is only possible by the medicine representative. But a problem arises here is that so many pharmaceutical companies are there and a doctor generally interacts with countless representatives per day. In this situation it is very difficult for a pharmaceutical firm to ensure that weather my product is in the mind of the doctor or not, so in this situation some firms are adopting unethical marketing strategies. Unethical in the sense there is a nexus between the doctors and the Pharma firms for their own benefits. The business development executive usually gives mouthwatering offers to the doctors to get their product on the prescription. Some doctors from their side also responding to this type of offers , and as a result of which patients suffers as he/ she has to buy the medicines of that particular company which is on the prescription. In this situation the doctor kept himself aside in thinking about the patient’s benefit. This type of unprofessionalism should be checked from doctor’s side and from the side of pharmaceutical firms also. Both should maintain standard in their respective fields to make the healthcare scenario favorable towards patients.