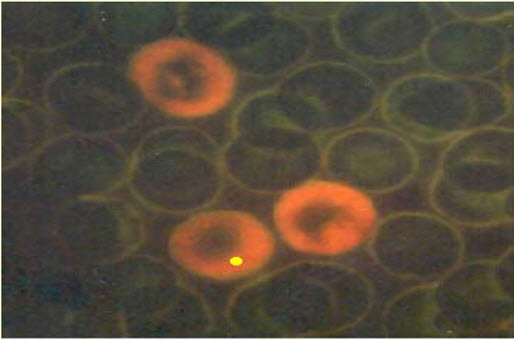 Importance of genotoxicity testing:
Regulatory authorities all over the world require data on the genotoxic potential of new drugs, as part of the safety evaluation process. The pre-clinical studies are generally conducted to obtain the basic toxicological profile of new chemical entities (NCE). The toxicological data are used to evaluate the safety and efficacy of NCE, which will help in predicting the drug's likely risk/benefit assessment in New Drug Application (NDA) process. Genotoxicity assays have become an integral component of regulatory requirement. In addition to it, many people in India are not aware of genotoxicity that it has now become mandatory to include it in drug master file required by European and United States regulatory authorities. Genotoxicity testing of new chemical entities (NCE) is generally used for hazard identification with respect to DNA damage and its fixation. These damages can be manifested in the form of gene mutation, structural chromosomal aberration, recombination and numerical changes. These changes are responsible for heritable effects documented that somatic mutations can also play an important role in malignancy These tests have been used mainly for the prediction of carcinogenicity and genotoxicity because compounds, which are positive in these tests, have the potential to be human carcinogens and/or mutagens. [6-8]

Classification of carcinogens:
The existing systems of classification of carcinogens should include a distinction between genotoxic and non-genotoxic chemicals. For non-genotoxic chemicals, permissible exposure levels can be derived at which no relevant human cancer risks are anticipated. While genotoxic carcinogens can induce chromosomal effects without mutagenic action, non-DNA-reactive genotoxins affecting topoisomerase or the spindle, or those having an exclusively aneugenic effect can be carcinogenic only at high, toxic doses. Specific mechanisms of clastogenicity and processes of carcinogenesis based on reactive oxygen have practical thresholds. Since reactive oxygen species (ROS) are generally genotoxic, the question is whether chemicals that increase ROS production will add to endogenously produced background levels and lead to nonlinear dose-effect relationships. Taking into account the presence of endogenous carcinogens, it is now becoming evident that carcinogenic risk extrapolation to low doses must be considered according to the mode of action.

Genotoxicity, especially when of local nature may only be relevant under conditions of sustained local tissue damage and the associated increased cell proliferation. Cases in point are formaldehyde and vinyl acetate. Defining practical thresholds and health-based exposure limits for these two compounds may prove justified. High doses of reactive oxygen species (ROS) or ROS promoters are clearly toxic. ROS are involved in many forms of tissue damage such as ischemia-reperfusion, atherosclerosis, radiation injury, aging and carcinogenesis. Generally, "oxidative stress" is an important mechanism of indirect genotoxicity that is triggered by exposure to exogenous factors such as UV, ionising radiation, anoxia and hyperoxia. Other pathways are mediated by chemicals producing reactive oxygen species .Paraquat and certain oxidants (potassium bromate, hydrogen peroxide) are the classical examples in this respect. Other exogenous sources of ROS are tobacco smoke, fatty acids, transition metals, ethanol, and redox cycling compounds or physical irradiation by multiple sources. ROS interact with critical molecules within cells and with intracellular signalling, leading to cell death, mutagenesis and toxicities associated with lipid peroxidation. Increased oxidative stress and excessive ROS production cause damage to DNA modifying the base and altering DNA strands, and can contribute to cancer. [9] 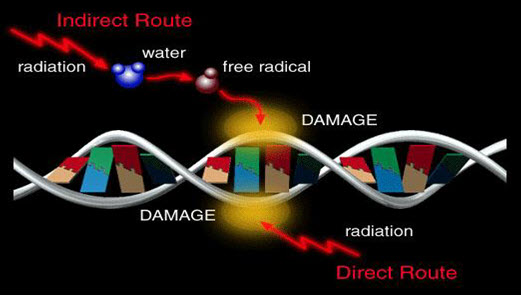 Figure-16: Mechanism of damage to DNA

Genotoxic carcinogens
– no threshold, no zero risk
– even if exposure levels in the workplace are below OEL, we cannot say that there isn‟t any risk, because according to the current view even small amounts of genotoxic carcinogens may increase our ”mutation burden” and our susceptibility to cancer
– therefore, minimization of exposure as far as possible is essential
Non-genotoxic carcinogens
– Usually considered to possess a threshold
– for example carcinogens which cause cancer via a mechanism involving chronic injury and regeneration => if the OEL is set at the level in which no chronic tissue injury is seen, the cancer risk can be regarded to be negligible . [11-12]

Conclusion
Genotoxicity is a word in genetics defined as a destructive effect on a cell's genetic material (DNA, RNA) affecting its integrity. Genotoxins are mutagens; they can cause mutations. Genotoxins include both radiation and chemical genotoxins. A substance that has the property of genotoxicity is known as a genotoxin. There are three primary effects that genotoxins can have on organisms by affecting their genetic information. Genotoxins can be carcinogens, or cancer-causing agents, mutagens, or mutation-causing agents, or teratogens, birth defect-causing agents. In most cases, genotoxicity leads to mutations in various cells and other bodily systems. Mutations can lead to a host of other problems, from cancer to a wide variety of different diseases. Mutations can come in many different forms; genetic information can be duplicated, deleted, or inserted.