A REVIEW ON: PHYTOCHEMICAL AND PHARMACOLOGICAL STUDY OF ANNONA SQUAMOSA

ABSTRACT
This paper gives the information about the Annona squamosa Linn. (Family: Annonaceae). Phytochemical and pharmacological studies of medicinal plant were performed. The plant is highly used traditionally for curing diverse diseases and disorders. It is locally known as “Sitaphal'' in Hindi. Macroscopical & microscopical studies of leaves have been studied. The phytochemical studies showed the presence of amino acids, terpenes, lipids, steroids, flavonoids, ascorbic acid, tannins, vitamins and alkaloids. The plant has various pharmacological actions such as insecticidal, purgative, laxatives, astringent, anti-inflammatory, antidiabetic, anti-ulcer, anti-oxidant, antimalarial and antibacterial. The reveiw specifically deals with the phytochemical and folkloric medicinal importance of plant.

INTRODUCTION (Pandey N et al ., 2011)
There are 70 species of Annona genus out of them three fruit bearing plants were Annona squamosa, Annona reticulata, Annona muricata. The three species were identified by morphological characters.
1. Fruit tubercled - Annona squamosa
2. Fruit smooth slightly aveolate -  Annona reticulata
3. Fruit bearing numerous fleshy spines-Annona muricata
Annona squamosa is second largest genus of flowering plant in the family of Annonaceae is medium sized small, evergreen, cultivated in various parts of India and it is native from West Indies and America.
According to World Health Organization, 80% of population living in developing countries mostly depend on traditional medicines for curing diseases & primary health care needs.
Literature survey of many researcher shows that every part of plant has its folkloric medicinal importance. It is considered beneficial for cardiac disease, diabetes, hyperthyroidism, cancer, ulcer, wounds, etc. The review has been reported to contain chemical moieties like alkaloids, tannins, terpenes and resins.

HISTORY OF SITAPHAL:
History of herbal medicines starts from human advancement. The documents plants which are of great importance in ancient past, evidenced that plants were used traditionally for medicinal purpose in China, India, Egypt and Greece far before the beginning of Christian era. (Sandeep et al., 2017)

This fruit has an interesting imaginary history adhering to it with respect to its common name i.e. Sitaphal. Mythologically it is said that, wife of Lord Rama i.e Sita, during her vanvaas used to eat this fruit. While another story says that during those days of vanvaas Ravana was abducting Sita, at that time the drops of her tears from her eyes gets falling on the ground and they gave birth to Stephan trees in the wilderness. Its origin is in Sanskrit i.e “sheet” in hindi means cold and “phal” is fruit and having excess of it can give you cold and also it has cooling effect on our body so the name “Sitaphal” is given. (Kaur R et al., 2015) 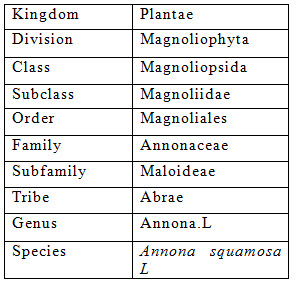 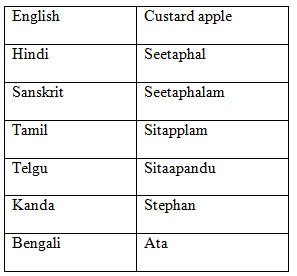 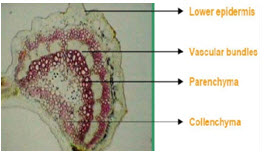 FIGURE I: Transverse section of Leaf 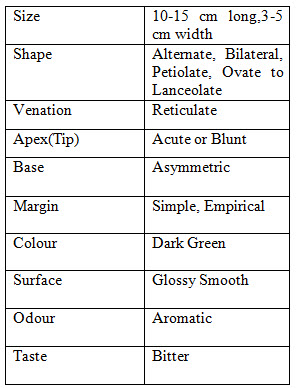 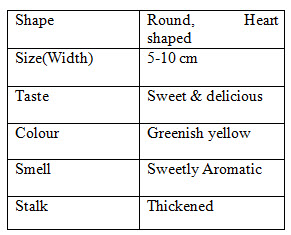 CLIMATE CONDITIONS &CULTIVARS (Morton J. F et al., 1987)
The custard apple requires a tropical climate but with a cooler winters than those of west Coast of Malaya. It gets proliferates in coastal lowlands of Ecuador; is quit above 5,000 ft (1500m). In Guatemala- nearly found below 4,000 ft (1,220m). In India-it does well from the plains up to an elevation of 4,000 (1,220m); In Ceylon-it cannot be grown above 3,000 ft (915m). It is much below 2,600 ft (800m) in Philippine. It is mild for California & trees introduced into Palestine succumbed to the cold. In southern Florida the trees still dormant all over the winter season & leaves are employed as shed at the beginning of Cold Weather. Fully grown, it has survived temperature of 27 ͦ to 28 ͦ F without any serious harm.

No named cultivars are reported but there is considerable fluctuation in the quality of fruit from different trees. The yellow-skinned type seems high quality than brownish, when well filled out, have thicker and juicer flesh. Seeds of purple-skinned, purple-fleshed form, from Mexico, were planted in Florida and the trees yielded fruit of unremarkable quality. 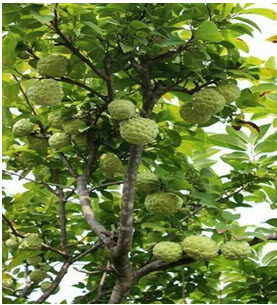 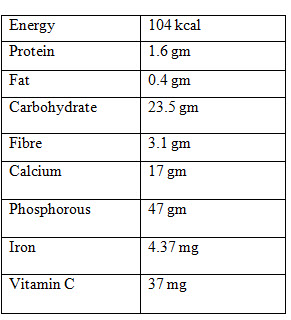 ROOT:
They have been applied as purgative, in treatment of dysentery, spinal marrow disease & diabetes.

FRUIT:
Crushed ripe fruit is mixed with salt, is applied on tumour. Preparation shows actions as astringent, haematic, cooling, expectorant and in treating anaemia and burning sensation.
Fresh fruit pulp is utilized as flavouring agent for ice cream and milk beverages. Food product such as Jam, squash are also made from pulp and wine manufacturing (Vyas K et al., 2012).
According to Ayurveda, fruit is regarded as a good tonic. Helpful in increasing muscles strength & enriches blood (Chenyao M et al., 2017).

BARK:
Bark is powerful astringent and toxic (Gowdhami M et al., 2014). Bark decoction given as a tonic to prevent diarrhoea, anticancer. Fibre extracted from the bark has been employed for cordage.

TREE:
Serve as a host for lac-excreting insects. Tree is grown in gardens as ornamental tree, it is recommended as good source of firewood (Vyas K et al., 2012). 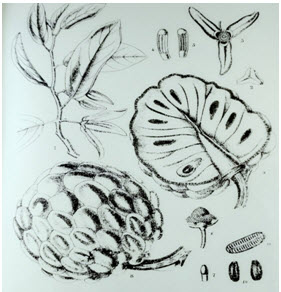 INSECTICIDAL ACTIVITY (Kumar A et al., 2010)
The insecticidal activity appears to be due to presence of active principles found in leaf of Annona squamosa. The extract of this plant being a contact poison for insect can penetrate the body wall and tracheal system leading to death probably lending the extract the insecticidal activity against Sitophilus oryzae. The plant derived toxicants employed as an insecticide may allow a reduction in the health hazards of synthetic pesticides and the high degree of insecticidal activity seems to confirm the traditional claims for this herb.

ANTIINFLAMMATORY ACTIVITY (Hemalatha K et al., 2009)
Anti-inflammatory activity was evaluated using carrageenan-induced hind paw edema method. Carrageenan (0.1 ml of 1% suspension) was injected sub plantar tissues of the right hind paw of each rat. It is the phlogistic agent used to test anti-inflammatory drugs as it is regarded to be antigenic and is devoid of systemic effects. Inflammatory mediators like histamine & serotonine (Initial phase) kinin (middle phase) and prostaglandins (final phase after 3-5 hours injection of carrageenan) gets released which play an important role in the development of inflammation.