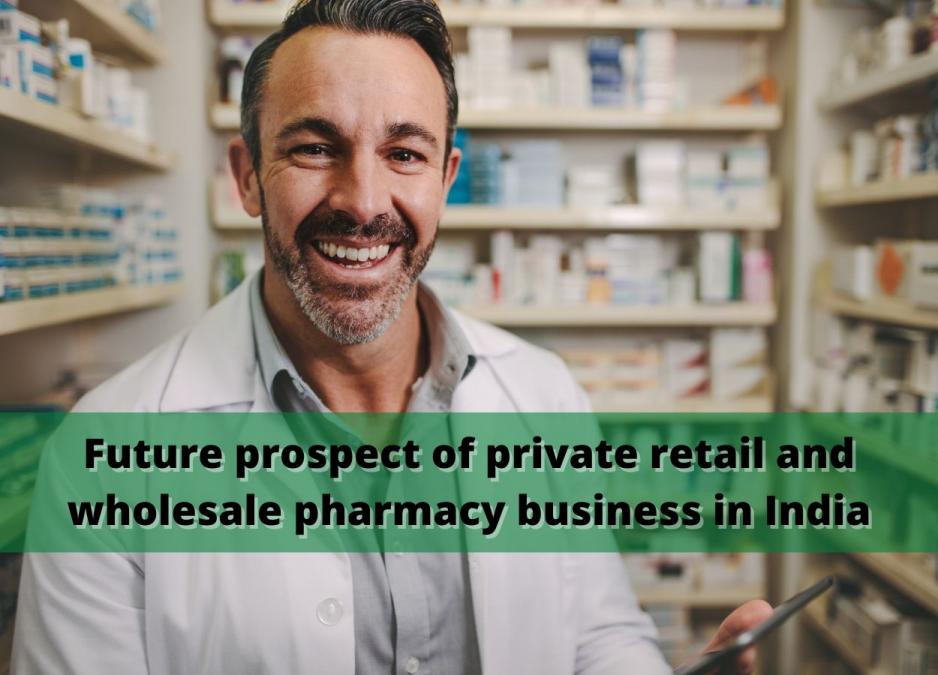 Perhaps retail and wholesale pharmacy looks like an ordinary business but it plays a vital role in the lives of common people. The pharmacy retail market has increased rapidly in the past few years, due to the growing population and patient pool, and affordability of medicines.

The revenue of the online retail sector stood at INR 38.15 Bn in 2020 and is likely to reach 317.87 Bn in 2026. The online retail channels sector is the fastest growing, owing to the rise in the number of internet users and increase in technological advancements.

In the last month a managing director of the leading American pharmaceutical company which is doing business in India, had said that they can offer around or at least a 30% discount to the Government if they allow their medicine in Janaushadhi stores.

What does it mean for private retail and wholesale pharmacy business?
Jan Aushadhi Scheme was launched by the Department of Pharmaceuticals, Ministry of Chemicals & Fertilizers, Government of India in November 2008. Till May 2014, only 80 ‘Jan Aushadhi Stores’ were in operation in selected States. The Government revamped the ‘Jan Aushadhi Scheme’ in September 2015 as ‘Pradhan Mantri Jan Aushadhi Yojana’ (PMJAY). To give further impetus to the scheme, it was again renamed as Pradhan Mantri Bhartiya Janaushadhi Pariyojana (PMBJP). Till 31st January 2022, 8675 PMBJP Kendras are functional across the country. Government has kept the target to open 10500 PMBJP in the country by 2025 but there are chances that the number will be more than the target.

As per a survey, Average sales per store per month has grown to Rs 1.50 lacs (including OTC & other products).

As we are aware, India has two kinds of generics -- branded and unbranded. Branded generics means generic medicines which are sold by different pharmaceutical industries in different brand names. If so-called branded medicines will be available in Jan Aushadhi Stores, then?

- The footprints of people will increase in Jan Aushadhi Stores.
- People can get branded medicines at a discounted price of at least 10-20%.
- New supply chain will exist, where pharmaceutical companies do not have to deal with different stakeholders (like C&F, wholesalers etc.), instead they need to revamp the already existing government's supply chain.
- Popularity of Jan Aushadhi Stores will boost.

Online Pharmacy hindering business
There are many legislative issues with online pharmacy but they are hindering private retail pharmacy business to a very large extent. As we discussed earlier, the revenue of the online retail sector stood at INR 38.15 Bn in 2020 and is likely to reach 317.87 Bn in 2026.

And we are aware that the online shift of people is playing an important role for the growth of online pharmacy.

The emergence of pharmacy retail pharmacy chains is expected to organise the currently unorganised Indian retail pharmacy sector. Modern retail pharmacy chains have the advantage of being digitised, organised and tech enabled. This helps them to track medicine inventories, sell and patient records. They have neat and appealing displays that attract customers to browse at ease and inquire about a range of healthcare and wellness products.

Currently, such organised retail pharmacy chains only occupy 8 to 10 percent of the market and most of them are concentrated in urban areas.

Post COVID era, people are more concerned about their intrinsic health, immunity and the chain pharmacy offers wellness products, guidance to consume such products along with medicine which make them more accessible by people.

Counter competition
New pharmacy stores are opening at a much faster rate in every area of the country. It is natural that the customers of any one area are divided and due to which the adverse effects can be seen across the businesses.

The future consumer experience
If we need to understand the vision of the future of pharmacy, we need to start thinking about consumers or patients and perceive how their health care journey changes. As technology becomes omnipresent and integrated, the role of the pharmacy and pharmacist evolves into one that may not even be recognized by today’s standards. We see a convergence of health and wellness, along with an expanded role of telehealth and virtual health care. And while the traditional retail pharmacy or unorganised pharmacy experience may no longer exist, there still is likely to be a role for coordinated and high-touch care delivered locally.