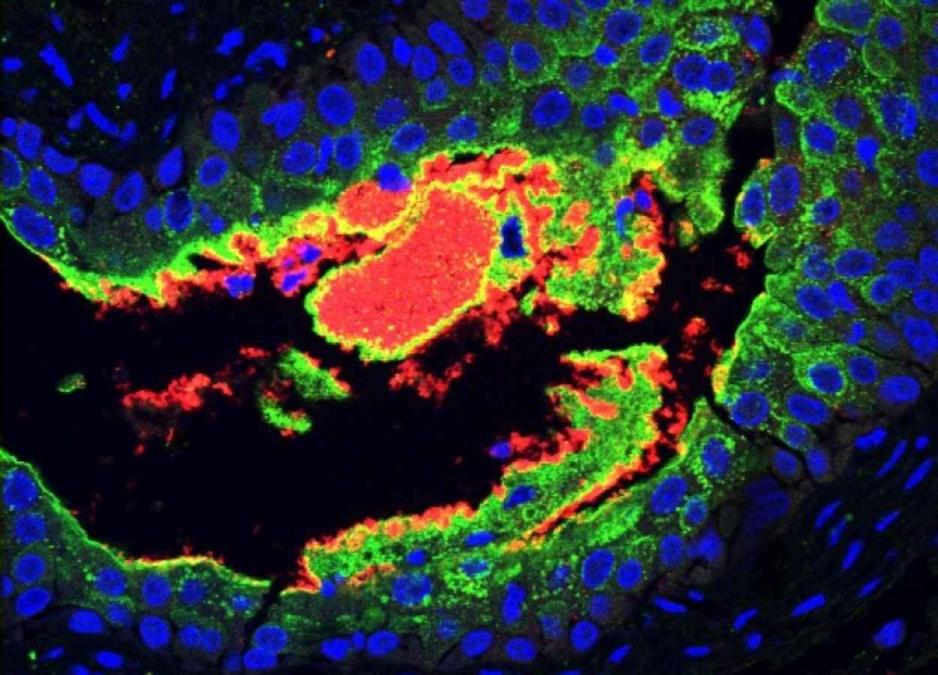 Lower immunity and recurring infections are common in type 1 and type 2 diabetes. Researchers at Karolinska Institutet now show that the immune system of people with diabetes has lower levels of the antimicrobial peptide psoriasin, which compromises the urinary bladder’s cell barrier, increasing the risk of urinary tract infection. The study is published in Nature Communications.

Diabetes results from lack of insulin and/or decreased insulin action. Insulin is a hormone that regulates glucose (sugar) and thus energy to the cells. In type 1 diabetes, the body stops producing insulin, while in type 2 diabetes, the cells have become less sensitive to insulin, which contributes to high blood glucose levels. Diabetes is a common disease that affects the health in many ways.

One effect is that it compromises the innate immune system, leaving many people with increased susceptibility to regular infections, such as urinary tract infections (UTI)s caused by E. coli bacteria. In people with diabetes, these are more likely to lead to general blood poisoning, sepsis, originating in the urinary tract.

“We found that high glucose concentrations reduce the levels of the antimicrobial peptide psoriasin, while insulin has no effect,” says Annelie Brauner, professor at the Department of Microbiology, Tumor and Cell Biology, Karolinska Institutet who led the study. “People with diabetes have lower levels of psoriasin, which weakens the cells’ protective barrier function and increases the risk of bladder infection.”

Oestrogen therapy reduced bacterial population
Professor Brauner’s research group has previously shown that treatment with oestrogen restores the protective function of bladder cells in humans and mice and thereby help to regulate the immune response to a UTI. The researchers therefore tested how oestrogen treatment affects infected cells exposed to high glucose concentrations. They found that the treatment boosted levels of psoriasin and reduced bacterial populations, indicating that the treatment may have an effect also among patients with diabetes.

“We now plan to probe deeper into the underlying mechanisms of infections in individuals with diabetes,” says the study’s lead author Soumitra Mohanty, researcher at the same department at Karolinska Institutet. “The ultimate goal is to reduce the risk of infection in this growing patient group.”

The study was conducted in collaboration with the Karolinska University Hospital, Region Stockholm, Capio and Uppsala University in Sweden and Universitätsklinikum Schleswig-Holstein in Germany. It was largely financed by the Olle Engkvist Foundation, Region Stockholm (ALF funding), the KI Research Foundation, the Swedish Society of Medicine, the Swedish Society for Medical Research (SSMF), the Clas Groschinsky Memorial Foundation, the Åke Wiberg Foundation and the Magnus Bergvall Foundation. There are no reported conflicts of interest.