Covid-19 : the Spike protein is no longer the only target 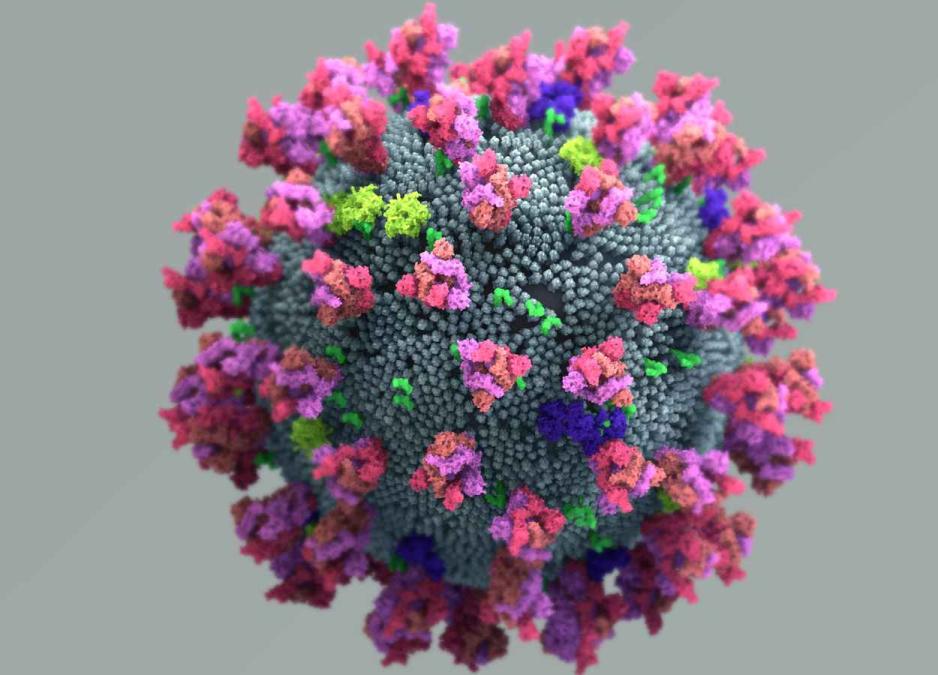 With the continuous emergence of new variants and the risk of new strains of the virus, the development of innovative therapies against SARS-CoV-2 remains a major public health challenge. Currently, the proteins that are on the surface of the virus and/or are involved in its replication are the preferred therapeutic targets, like the Spike protein targeted by vaccines. One of them, the non-structural protein Nsp1, had been little studied until now. A team from the University of Geneva (UNIGE), in collaboration with University College London (UCL) and the University of Barcelona, has now revealed the existence of a hidden ''pocket’ on its surface. A potential drug target, this cavity opens the way to the development of new treatments against Covid-19 and other coronaviruses. These results can be found in the journaleLife.

The fast rollout of new vaccines and antiviral drugs has helped to contain the Covid-19 pandemic, caused by the SARS-CoV-2 virus. Despite the progress made, the development of new therapies is still an urgent priority: the continuous emergence of new variants - some of which are resistant to current treatments - and the possible appearance of new strains of the virus represent a risk of new pandemics. Proteins are at the forefront of therapeutic targets to combat the virus. The best known is the Spike protein, which is located on the surface of SARS-CoV-2 and gives it its ‘‘spiky’’ appearance. It is the key to the virus entering our cells. It is the target of Messenger RNA vaccines.

A little-studied key protein
SARS-CoV-2 also makes other proteins - the «non-structural» proteins - using the resources of our cells after entering them. There are sixteen of them. They are essential for the replication of the virus. Some have been studied in the context of the development of new drugs. Others have received less attention. This is the case of the Nsp1 protein. Without obvious cavities on its surface to anchor a potential drug, researchers felt that it could not be a target for treatment.

‘‘Nsp1 is, however, an important infectious agent of SARS-CoV-2,’’ explains Francesco Luigi Gervasio, full professor at the Section of Pharmaceutical Sciences and the Institute of Pharmaceutical Sciences of Western Switzerland of the UNIGE Faculty of Science, and at the Department of Chemistry and the Institute of Structural and Molecular Biology at UCL. ‘‘This small viral protein selectively blocks ribosomes - the protein factories of our cells - making them unusable by our cells and thus preventing the immune response. At the same time, via ribosomes, Nsp1 stimulates the production of viral proteins.’’

Revealed by algorithms
Professor Gervasio’s team, in collaboration with UCL and the University of Barcelona, revealed the existence of a ‘‘hidden’’ cavity on the surface of Nsp1, which could be the target of future drugs against SARS-CoV-2. ‘‘To uncover this cryptic, partially hidden pocket, we carried out simulations using algorithms that we developed,’’ explains Alberto Borsatto, research and teaching assistant at the Section of Pharmaceutical Sciences and the Institute of Pharmaceutical Sciences of Western Switzerland of the Faculty of Sciences of the UNIGE, first author of the study. ‘‘Then, in order to confirm that this pocket could be used as a drug target, we used experimental screening and X-ray crystallography techniques.’’

The research team tested many small molecules that could potentially bind to the Nsp1 cavity (experimental screening). It identified one in particular – 5 acetylaminoindane or 2E10 - that also allowed the determination of the spatial arrangement of the atoms making up the cavity (by crystallography). These are essential data that form the basis for the development of new drugs.

‘‘These results pave the way for the development of new treatments targeting the Nsp1 protein, not only against SARS-CoV-2 and its variants but also against other coronaviruses in which Nsp1 is present,’’ says Francesco Luigi Gervasio, the study’s last author. As for the method developed to reveal the hidden pocket of Nsp1, it could be used to discover, on the surface of other proteins, new cavities still unknown to scientists.