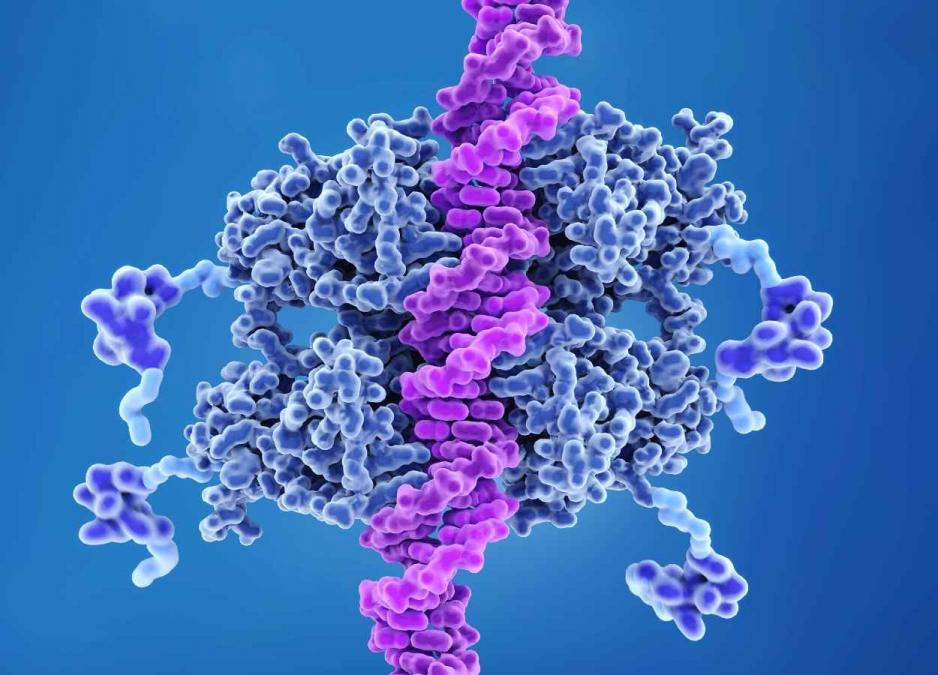 The tumor suppressor protein p53 is mutated in more than half of all human cancers. Several drugs that potentially can restore mutant p53 to its normal cancer-killing function are in clinical investigation.

However, much remains to be learned about various mutations that lead to a “loss of function” in the protein and others that cause a putative malignant “gain of function,” acceleration of cancerous growth and spread (metastasis), for example.

Several studies have observed a positive correlation between p53 mutations and aneuploidy, an abnormal number of chromosomes that also can contribute to tumorigenesis (malignant growth). One unanswered question is what role, if any, aneuploidy plays in mutant p53 gain of function.

“The concept of mutant p53 gain of function was introduced over 30 years ago, and since then, many publications have reported context-specific and conflicting evidence for oncogenic phenotypes arising from overexpression of the mutant p53 protein,” said the paper’s corresponding author, Jennifer Pietenpol, PhD, director of the Vanderbilt-Ingram Cancer Center and Executive Vice President for Research at VUMC.

“Our study demonstrates that the acquisition of aneuploidy can generate a variety of the previously ascribed mutant p53 phenotypes and provides a unifying mechanism that accounts for the wide array and context-specific nature of phenotypes previously attributed to p53 mutant proteins.”

Pietenpol, the Benjamin F. Byrd Jr. Professor of Oncology and holder of the Brock Family Directorship in Career Development, has made significant contributions to understanding the role that p53 plays in both health and disease.

They found in vitro gain-of-function phenotypes only in cell lines displaying increased aneuploidy. Gain of function was not dependent on the expression of mutant p53 proteins. Outcome data also revealed that individuals with aneuploid-high tumors had an unfavorable prognosis, regardless of the p53 mutation.

Addressing mutant p53 gain of function thus must take into account the role of chromosomal alterations, the researchers concluded.