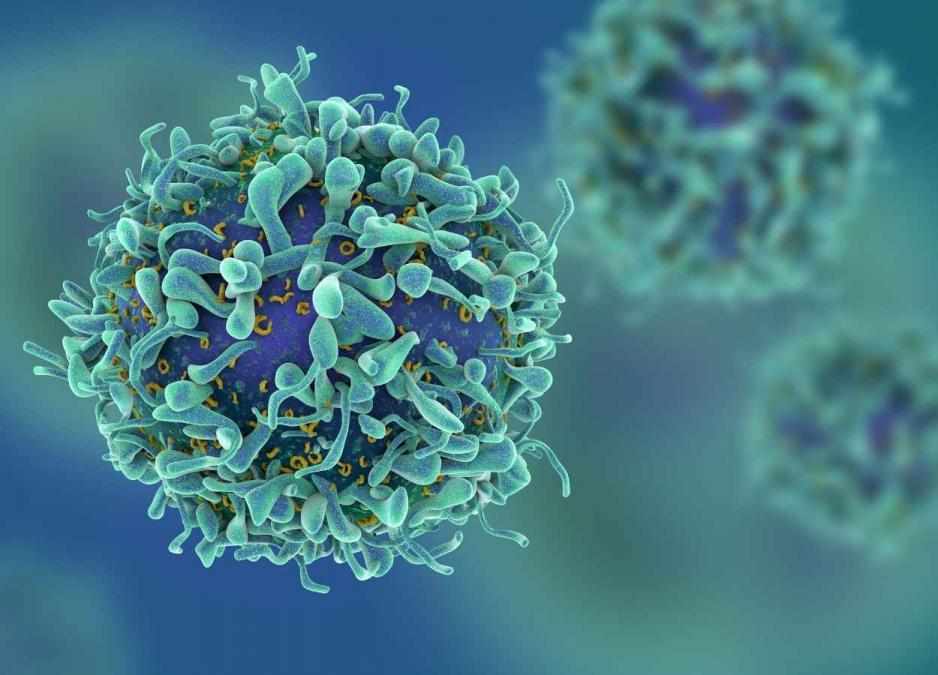 A Phase II trial led by researchers at The University of Texas MD Anderson Cancer Center found that BK virus (BKV)-specific T cells from healthy donors were safe and effective as an off-the-shelf therapy for BKV-associated hemorrhagic cystitis (BKV-HC), a painful complication common after allogeneic stem cell transplants for patients with leukemia or lymphoma. The study was published today in the Journal of Clinical Oncology.

Infusion of T cells targeting BKV resulted in rapid responses, with 67.7% of patients seeing a complete or partial improvement in symptoms after 14 days. This increased to 81.6% of patients after 28 days post-infusion. No cases of grade 3 or grade 4 graft versus host disease (GVHD) or other infusion-related toxicities occurred.

Addressing a debilitating complication caused by BKV
"BKV-associated hemorrhagic cystitis is an incredibly painful condition that causes significant morbidity in patients and can lead to worse cancer outcomes in the long term. Unfortunately, there are no effective treatments available," said corresponding author Katy Rezvani, M.D., Ph.D., professor of Stem Cell Transplantation and Cellular Therapy. "We were driven to develop this therapy to provide a better option for these patients, and this has emerged as a safe and effective therapy for patients at MD Anderson based on these results."

BKV is a human polyomavirus acquired by most people in early childhood, Rezvani explained. Held in check by the immune system, BKV typically remains inactive in the cells lining the urinary tract, including the kidney, bladder and ureters.

Allogeneic stem cell transplants, in which stem cells come from a matched donor, require patients to be given therapies to suppress the immune system and prevent rejection. However, this also can trigger the BKV to begin reproducing and cause severe cystitis, which can result in hospitalization for days or weeks. An antiviral called cidofovir has been used as a treatment but is associated with significant toxicities.

Developing antiviral T-cell therapies
Recognizing that these viral infections can profoundly impact patient recovery, Rezvani and her research team led the development of antiviral T-cell therapies with the support of the MDS and AML Moon Shot®, part of the institution's Moon Shots Program®, a collaborative effort to rapidly develop scientific discoveries into meaningful clinical advances that save patients' lives.

Beginning with blood samples taken from healthy donors, the research team is able to isolate T cells and grow them to specifically recognize and target a variety of antigens found on the BKV. These cells are expanded in the clinical good manufacturing practice (GMP) laboratory, under the leadership of Elizabeth J. Shpall, M.D., professor of Stem Cell Transplantation and Cellular Therapy. From each donor, the team can manufacture anywhere from 20 to 50 doses of antiviral T cells, which are stored until needed, Rezvani said.

In a previous trial published in the New England Journal of Medicine, these researchers showed that BKV-specific T cells can effectively treat infection with the JC virus, a genetically similar polyomavirus that causes progressive multifocal leukoencephalopathy (PML), a rare and often fatal brain infection.

BKV-specific T cells get positive results in trial
The current trial enrolled a total of 59 MD Anderson patients experiencing BKV-HC following an allogeneic stem cell transplant. Patients had a median age of 47 and were being treated for a variety of hematological conditions, the most common being acute myeloid leukemia. Women accounted for 40.7% of participants and men for 59.3%. Among trial participants, 55.9% (33) were white, 18.6% (11) were Hispanic, 15.3% (9) were African-American, 6.8% (4) were Middle-Eastern and 3.4% (2) were Asian.

Following infusion, the researchers did not observe any side effects that were likely attributed to the antiviral T cells. No infusion-related toxicities, low blood-cell counts or graft failures were found. Several patients developed delayed cases of low-grade GVHD in the weeks and months following treatment, which were well within the expected rates of GVHD for these patients early after allogeneic stem cell transplant, Rezvani explained.

After studying participants on the trial, the researchers determined that expansion of the infused T was positively correlated with patient responses.

In the future, the researchers aim to validate these findings in a multi-institutional study and bring this treatment option to many more patients in need.