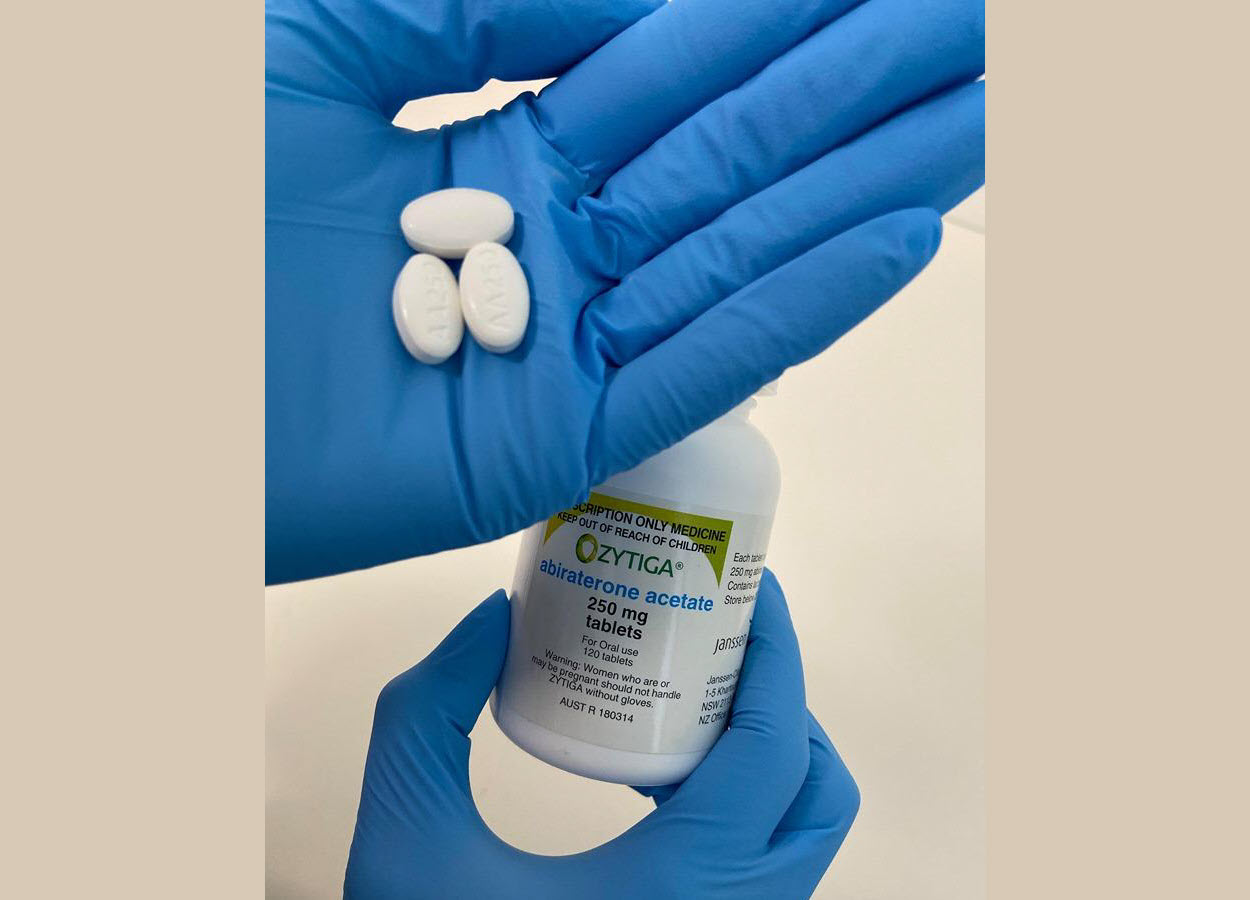 A novel formulation of the prostate cancer drug abiraterone acetate - currently marketed as Zytiga - will dramatically improve the quality of life for people suffering from prostate cancer, as pre-clinical trials by the University of South Australia show the new formulation improves the drug's effectiveness by 40 per cent.

Developed by Professor Clive Prestidge's Nanostructure and Drug Delivery research group at UniSA's Cancer Research Institute, the breakthrough discovery uses an oil-based oral formulation that not only enables a smaller dose of the drug to be effective, but also has the potential to dramatically reduce possible side effects, such as joint swelling and diarrhoea.

"Many drugs are poorly water soluble, so when they're ingested, they enter the gut but don't dissolve, which means that their therapeutic effect is limited," Dr Schultz says.

"This is the case for Zytiga. Here, only 10 per cent of the dose is absorbed, leaving the other 90 per cent undissolved, where it simply passes through the body as waste.

"On top of this, patients taking Zytiga must fast for two hours prior to taking the drug, and another hour after taking the drug to achieve predictable absorption. And as you can imagine, this can be painstakingly inconvenient.

"Our new formulation changes this. By using oils to mimic pharmaceutical food effects, we're able to significantly increase the drug's solubilisation and absorption, making it more effective and a far less invasive treatment for patients."

The new formulation uses very high levels of abiraterone acetate dissolved within a specific oil and encapsulated within porous silica microparticles to form a powder that can be made into tablets or filled into capsules. Applied to human treatment, it could reduce the dose from 1000mg to 700mg per day, without the need for fasting.

Prof Prestidge says if the team can secure funding, clinical trials in humans could be just two years away.

"Based on our knowledge of this drug's pharmaceutical food effect, we hypothesise its absorption in humans will be extensively improved using this technology", Prof Prestidge says.

"Anything we can do to contribute to the development of a commercialised product to improve the lives of patients, is invaluable.

"This novel formulation is flexible enough to be adopted by thousands of different medicines; its potential to help patients of all kinds is exponential."