In 2015, EPFL researchers led by Melanie Blokesch published a seminal paper in Science showing that the bacterium responsible for cholera, Vibrio cholerae, uses a spring-loaded spear to literally stab neighboring bacteria and steal their DNA. They identified the spear mechanism to be the so-called “type VI secretion system” or T6SS, also used for interbacterial competition by many other bacteria.

V. cholerae uses its T6SS to compete with other bacteria in its aquatic environment and acquire new genetic material, which the pathogen absorbs and exchanges against some parts of its own genome. This mode of “horizontal gene transfer” leads to rapid evolution and pathogen emergence. The pathogen V. cholerae has caused seven major cholera pandemics since 1817 and, according to current WHO data, still kills more than 100,000 people each year and infects up to 4 million others, mostly in poor or underdeveloped countries. 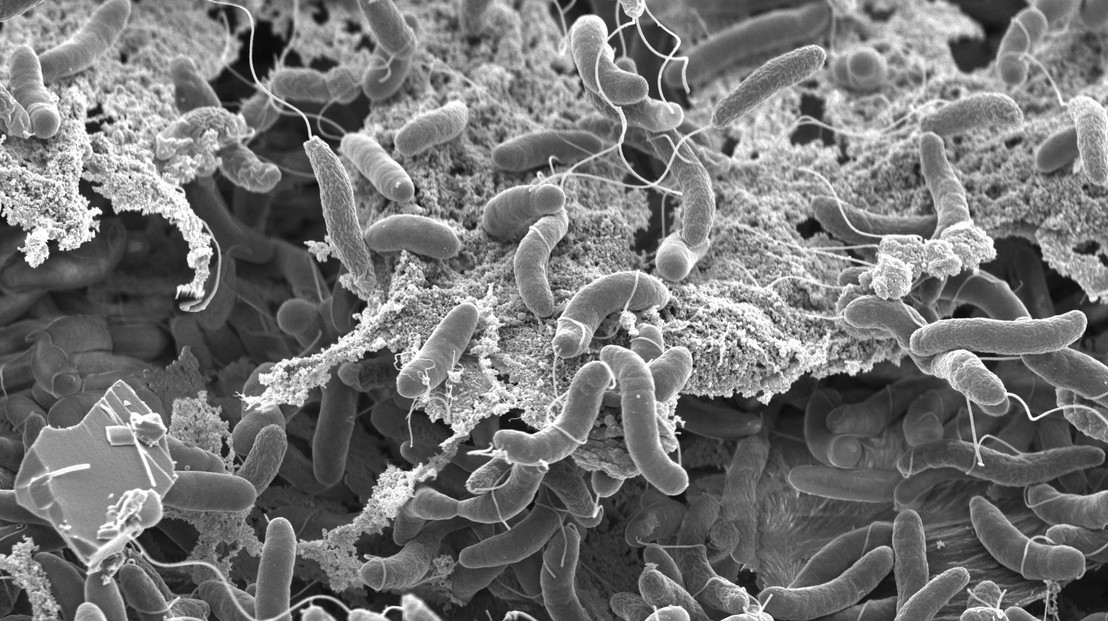 Now, Blokesch’s group has discovered the extent of DNA that V. cholerae can steal in a single attack: more than 150,000 nucleic acid base pairs, or roughly 150 genes in one go (the cholera bacterium carries around 4,000 genes in total). The researchers calculated this number by sequencing the entire genome of almost 400 V. cholerae strains before and after stealing DNA from their neighboring bacteria.

Previous studies have tried to establish just how much DNA competent bacteria can absorb and integrate into their genome by feeding them large quantities of purified DNA. However, this does not reflect the natural conditions in which the bacteria live and operate, as long stretches of free DNA are scarce in the environment. V. cholerae’s T6SS-mediated DNA stealing, however, allows the bacterium to acquire fresly released and long DNA fragments. This bacterial behavior is tightly linked to the chitinous surfaces (e.g. shells) on which the bacterium usually lives in oceans and estuaries. 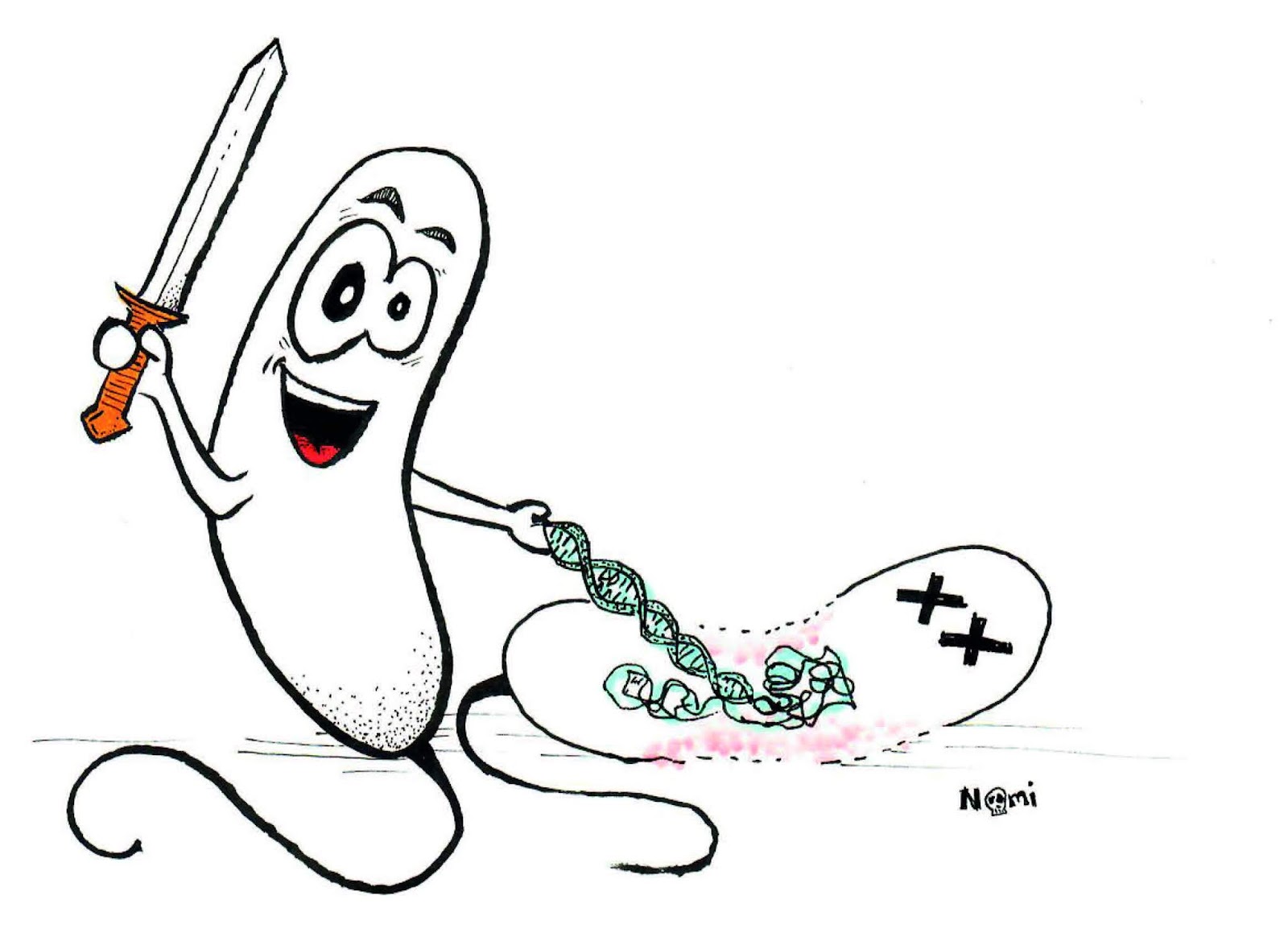 To address this, the EPFL researchers studied two unrelated (“non-clonal”) strains of V. cholerae in co-cultures on chitin. This allowed them to determine the frequency and extent of DNA exchanges between the two strains, under more natural conditions.

The study, led by PhD student Noémie Matthey, found that V. cholerae strains that carry a functional and chitin-inducible T6SS system are much more efficient at transferring DNA than bacteria that don’t. The predatory bacterium acquired large genomic regions from its killed prey – up to the 150,000 base pairs mentioned above.

The authors conclude that the environmental “lifestyle” of V. cholerae enables exchange of genetic material with enough coding capacity that it can significantly accelerate the evolution of the bacterium.

“This finding is very relevant in the context of bacterial evolution,” says Blokesch. “It suggests that environmental bacteria might share a common gene pool, which could render their genomes highly flexible and the microbes prone to quick adaption”.