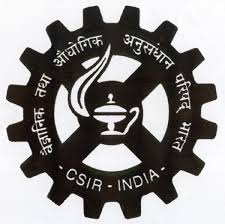 Central Drug Research Institute is one of the first and few laboratories that were established in India right after its independence. CDRI is among the thirty eight laboratories that are functioning under the aegis of the council of scientific and Industrial Research (CSIR) of India headed by the Prime Minister of the nation as its president. CDRI was formally inaugurated on 17th Feb 1951 by the then Prime Minister of India, Pandit Jawahar Lal Nehru.

Applications in the format given on page 3 along with scanned copies of certificates/documents (with mention of academic record from 10th standard onwards) against advt may be directed to Academic Affairs Unit, CDRI Lucknow-226001

The terms and conditions of engagement are as under:-
Terms & Conditions of Offer of Engagement for the Project Assistant
1. It is not an offer of appointment in CDRI/CSIR, temporary or otherwise. It is a contract co-terminus with the Project. It would, therefore, not confer any right implicit or explicit for your consideration for regularization/absorption in any of the Labs./Instts. Of CSIR or under any other scheme as applicable to identified casual workers against any of CSIR posts, even if engagement/contract or deployment/placement is for more than 240/206 days in a year.

2. Your engagement as Project Assistant is for the Project as mentioned above is for a period of One Year/termination of the project which as earlier from the date of joining and coterminus, with the present Project or till such time the job performed by you in the Project exist and your engagement is specifically extended by Director, whichever is earlier. Your tenure as Project Assistant shall not exceed five years in any circumstances. The total tenure of five years shall be calculated as per period you spent on one project and/or different project taken together in CDRI or any other Lab./Instt. of CSIR and Project Assistant or any other designation of equal status.
3. Your will be paid consolidated emoluments of Rs. 10,000/-(fixed) per month.
4. Not traveling allowance will be admissible to you for reporting for duty.
5. No automatic shifting is allowed from one project to another project.
6. You will not be allowed to discontinue your engagement without seeking prior approval of the Director, CDRI. In case you wish to discontinue the engagement prior to completion of your tenure, you must submit one month’s prior notice indicating specific reasons for not continuing or deposit one month’s emoluments/stipend in lieu of the notice period. The engagement shall cease from the date stipulated by the Director while accepting the resignation. You may be discontinued from the Project work by giving one month’s consolidated amount in lieu thereof without assigning any reason and will have no right against CSIR in any circumstances.
7. You will not divulge any information relating to the work of CDRI, which you may come to know during your engagement with CDRI to any party.
8. Your engagement will be subjected to the production of the following documents at your own expense at the time of your reporting of duty.
• Medical Certificate of health and physical fitness for service issued by the Resident Medical Officer/Lady Medical Officer of CSIR Dispensary or the Competent Authority where there is no CSIR Dispensary.
• Documentary evidence in support of your date of birth and qualifications.
• Attestation forms (duly completed), Character Certificate, countersigned by the District Magistrate/Sub-divisional Magistrate in the enclosed form.
9. The Director, CDRI whose decision shall be final and binding on both the parties to the contract, shall determine any matter not specifically stated therein.
10. You will not be allowed for Ph. D registration.