Applications are invited for a post of Director in CDSCO 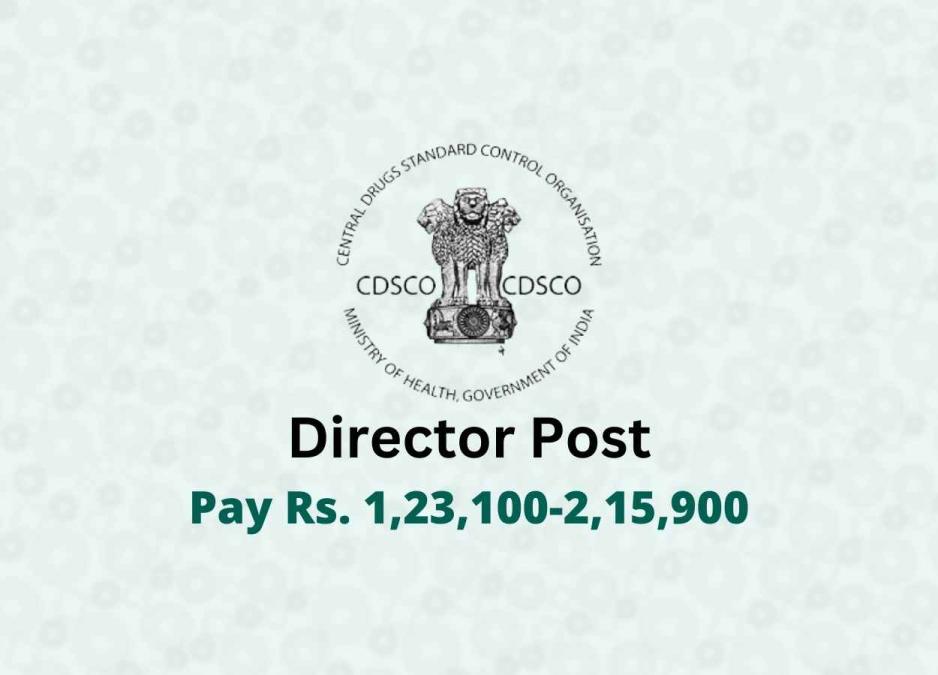 Method of recruitment Eligibility Criteria : Deputation (including short-term contract) Officers of the Central Government or the State Governments or Union territories or Universities or recognized Research Institutions or Public Sector Undertakings or semi-Government or Statutory or Autonomous Organisations who have completed fourteen years of Group ‘A’ service and have been granted non- functional Selection Grade (NFSG) in their respective cadre.
Note 1: Selection and appointment for the post of Director (Vigilance) to be made in accordance with the guidelines circulated by the DOP&T vide their O.M. No. 372/8/99-AVD. II dated 18.01.2001 on the subject “Procedure for selection and appointment of Chief Vigilance Officers in the various Central Public Sector Undertakings: and as amended from time to time
Note 2: Period of deputation (including Short Term Contract) including the period of deputation (including Short Term Contract) in another ex-cadre post held immediately preceding this appointment in the same or some other orgainsation or department of the Central Government shall not exceed five years.
Note 3: The maximum age-limit for appointment by deputation shall not be exceeding 56 years as on the closing date of receipt of applications. To exercise check and supervision on vigilance and anti- corruption work in the Central Drugs Standard Control Organization as per rules laid down in the Vigilance Manual and instructions of Central Vigilance Commission.

LIST OF ENCLOSURES TO BE SENT WITH THE APPLICATION
1. Application in prescribed format - Annexure II duly filled, signed by the candidate and countersigned with seal by the Cadre/Appointing authority.
2. Attested copies of APARs/ACRs for the last 5 (five) years duly attested on each page with seal by an officer not below the rank of Under Secretary to the Government of India
3. Integrity Certificate
4. Vigilance Clearance Certificate
5. Statement of major or minor penalties, if any, imposed on the officer during the last 10 years of service.
6. A certificate to the effect that the particulars furnished by the candidate have been verified and found correct as per service records.
7. Cadre Clearance Certificate
Note : Incomplete applications or application not accompanied by the above documents will be summarily rejected.

Cadre authorities/Head of Departments are requested to forward applications of eligible and willing candidates whose services can be spared on deputation (including short-term contract) basis so as to reach the undersigned within 60 days from the date of publication of this advertisement in the Employments News. The Application Form/Curriculum Vitae proforma is at Annexure-II.