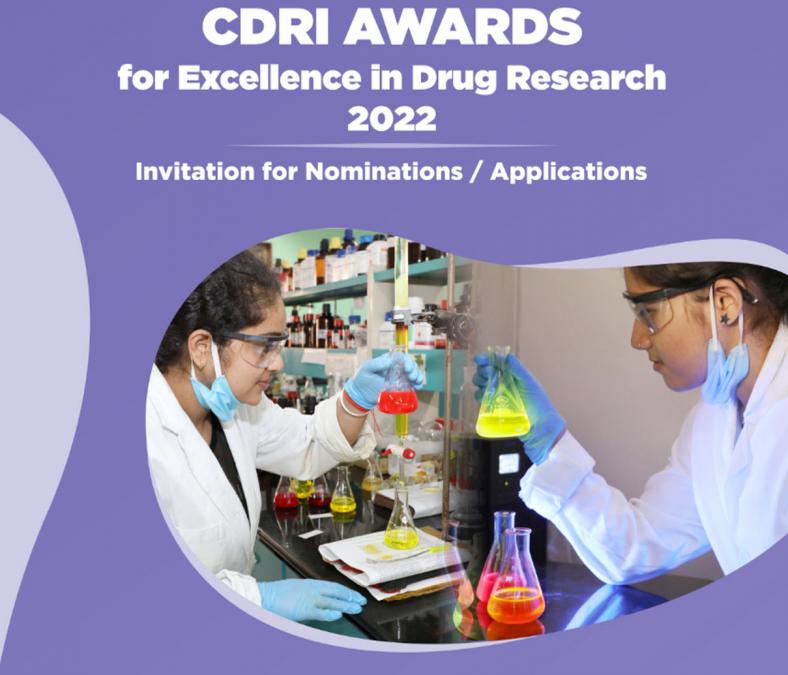 The CSIR-Central Drug Research Institute (CDRI), Lucknow, was seventh in the chain of CSIR labs that were established in India right after independence India with an aim for technological independence of the Nation. CSIR-CDRI was broadly mandated with the task to revolutionise the pharmaceutical sector, which was almost non-existent at that time for accessibility and affordability of drugs. Today, CSIR-CDRI has evolved into a unique institution possessing end-to-end expertise in the domain of new drug development – its human resource and infrastructure today is second to none.

Purpose
• Promoting excellence and recognising outstanding contributions to the Drug Research made by the scientists for their work done in India.

Nature
• These awards are given annually to the Indian Nationals below 45 years of age who have carried out outstanding research work in the area having direct bearing on Drug Research and Development.
• There are two separate individual awards each for the area of Chemical Sciences and Life Sciences.
• Each award carries a Cash prize of Rs. 25,000/- and a Citation.
• The awardees are expected to deliver an Award Oration on the cited work on the day of Award Felicitation Ceremony, usually held as a part of CSIR Foundation Day Celebrations at CSIR- CDRI.
• TA/DA of the awardees forto-and-fro journey will be borne by CSIR-CDRI as per the prevailing rules of Travelling allowance of Government of India.