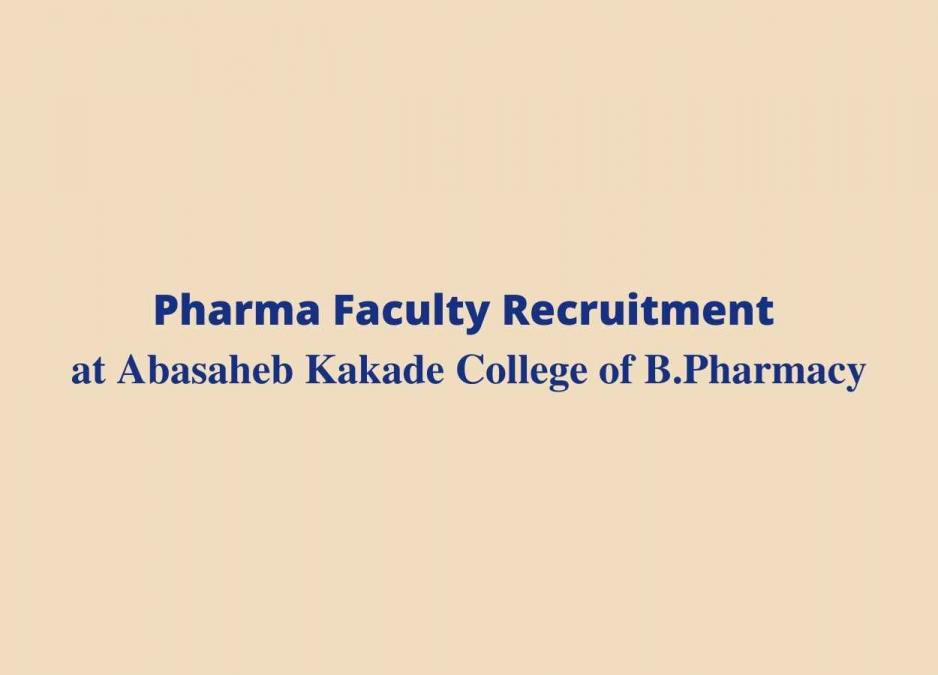 Invites Applications from the eligible, self-motivated and goal Oriented candidates for filling-up following post for Degree Course in Pharmacy.

Note :
1) The Qualification, Experience for the above post is applicable as prescribed by AICTE New Delhi, PCI New Delhi, SPPU Pune, Government of Maharashtra.
2) Interested candidates may apply with their updated Resume Passport size Photograph and attested copies of all testimonials with all experience certificates so as to reach undersigned within 07 days from publication of this advertisement at Navmaharashtra Shikshan Man dal, Vidyanagari Campus, Gadgebaba Chowk, Pathardi Road, Shevgaon, Dist: Ahmednagar. Email : akss.recru@gmail.com
3) The Candidates who are keen to join in next semester/ academic year may also apply.
4) No T. A/D.A. will be provided for attending interview.