WALK IN: Job for Project Assistant at IHBT - 2 posts 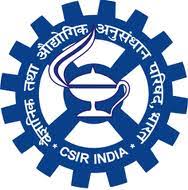 Age Relaxation: 5 years for SC/ST/Woman, 3 years for OBC and widows, divorced women and women judicially separated from their husbands and who are not remarried are allowed age concession up to the age of 35 years, (up to 40 years for members of SC/STs).

Eligible candidates may appear for "Walk-in-lnterview(s)” on the dates, time and place mentioned above along with an application on prescribed format which is available below along with attested photocopies of testimonials of their age, educational qualifications, experience, reserved category, etc. at the time of interview. The positions are purely temporary and co-terminus with the duration of the projects. There will be no right implicit or explicit for regular position or any post in CSIR-IHBT, whatsoever. Candidates must also bring with them original certificates of testimonials at the time of appearing for the interview failing which he/she will not be allowed to appear for interview.

No TA will be paid for attending the interview.