Depression and Anxiety: how to deal with them 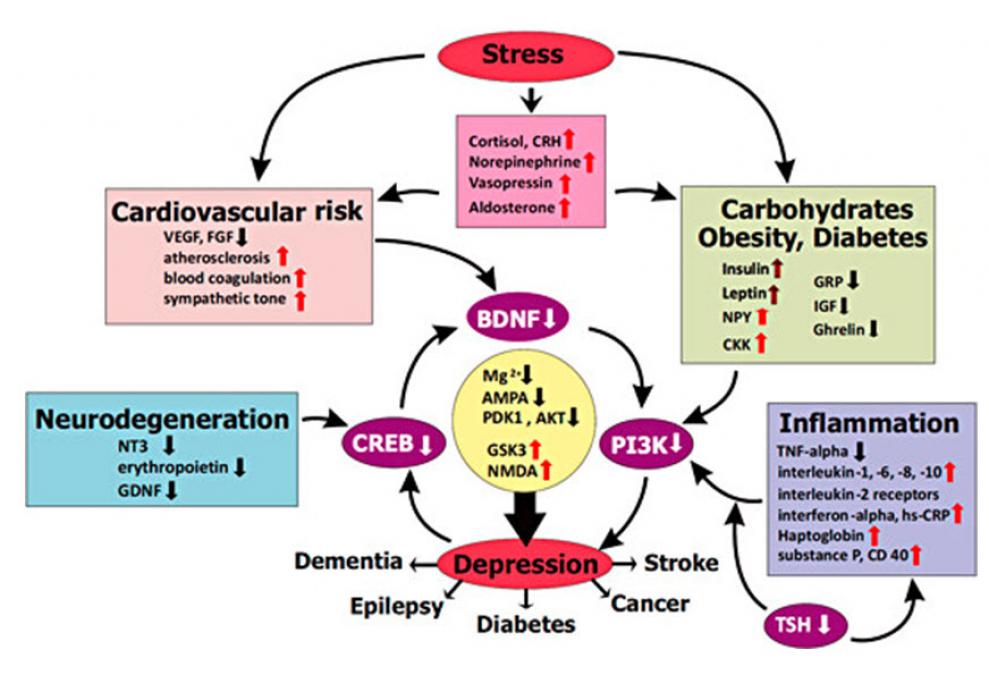 Anxiety:-
Anxiety is more than just feeling stressed or worried. While stress and anxious feelings are a common response to a situation where a person feels under pressure – for example, meeting work deadlines, sitting exams or speaking in front of a group of people – it usually passes once the stressful situation has passed, or ‘stressor’ is removed. anxiety is common – on average, one in three women and one in five men will experience an anxiety condition at some stage in their life.

Depression:- Depression is more than just a low mood – it’s a serious condition that has an impact on both physical and mental health. The term “depression” often characterizes feelings of being sad, discouraged, hopeless, unmotivated, as well as a general lack of interest or pleasure in life.

Common symptoms of depression:-
(1) Behaviour:-
• not going out anymore
• not getting things done at work/school
• withdrawing from close family and friends
• relying on alcohol and sedatives
• not doing usual enjoyable activities

(3) Physical:-
• tired all the time
• sick and run down
• headaches and muscle pains
• significant weight loss or gain

Mechanism of depression:- the prevention of depressive episodes by focusing on different possible physiologically relevant mechanisms beyond the neurotransmitter hypothesis and (2) the treatment of depression with alternative, causative or also easy available treatment strategies beyond serotonin and noradrenaline reuptake inhibition might be a major topic of future psychiatric care.

Glutamate regulates synaptic transmission and plasticity by activating ionotropic glutamate receptors (α-amino-3-hydroxy-5-methyl-4-isoxazolepropionic acid (AMPA) and N-methyl-D-aspartate (NMDA) receptor) and metabotropic glutamate receptors (mGluR1 to mGluR8). The number and stability of these receptors at the synaptic membrane is an important factor in determining excitatory synaptic efficacy. Glutamate is cleared from the extracellular space by high-affinity excitatory amino acid transporters (EAATs), which are located on neighbouring glial cells (EAAT1 and EAAT2) and, to some extent, on neurons (EAAT3 and EAAT4) . In glial cells, glutamate is converted into glutamine by glutamine synthetase. Glutamine is then transported back into the glutamatergic neuron, where it is hydrolysed into glutamate by glutaminase . Owing to the lack of degradative enzymes in the synapse, uptake by EAATs is the primary mechanism through which the action of extracellular glutamate is terminated. 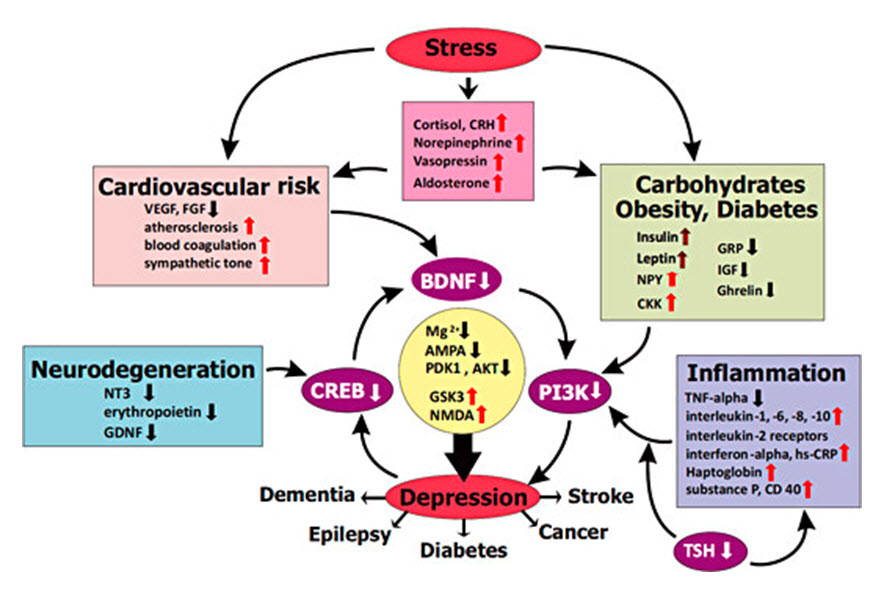 The monoaminergic systems have been indicated in depression for decades. The serotonin (5-HT), norepinephrine (NE), and dopamine (DA) systems are implicated in many symptoms of MDD, with a significant degree of functional overlap mediated by these 3 neurotransmitters. Although these neurotransmitters are involved in the pathogenesis of depression, their precise roles are not well known. However, the mechanisms of action of antidepressant treatment indicate which neurotransmitter systems affect certain symptoms. Clinicians who understand the effects of antidepressants on 5-HT, NE, and DA can select medications based on mechanism of action to help patients with residual symptoms or treatment-resistant depression.

What causes depression:-
While the exact cause of depression isn’t known, a number of things can be associated with its development. Generally, depression does not result from a single event, but from a combination of recent events and other longer-term or personal factors ex:- Family history, Personality, Serious medical conditions, Drug and alcohol use, Changes in the brain,past bed experience,personality,high anxiety,changes  in the brain, family desposition. 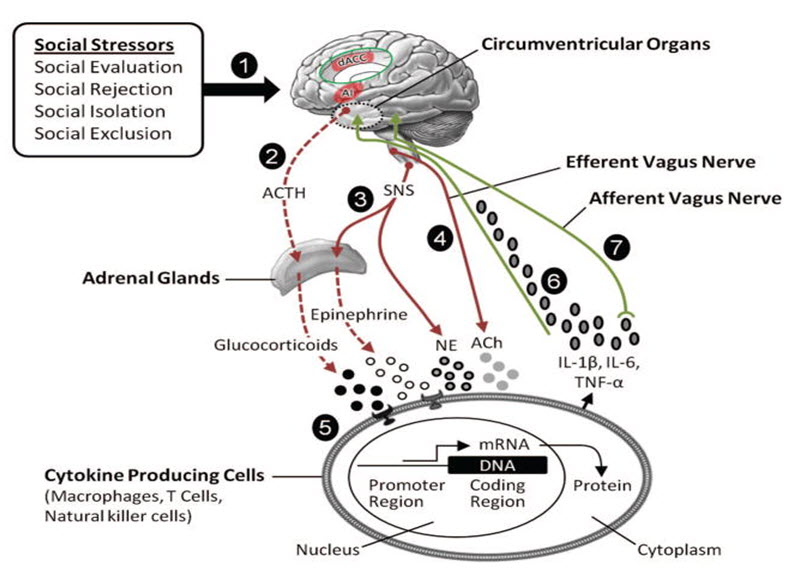 Types of depression:-
(1) Major depression:- Sometimes this is called major depressive disorder, clinical depression, unipolar depression or simply depression. It involves low mood and/or loss of interest and pleasure in usual activities, as well as other symptoms such as those described earlier .
(2) Melancholia:- This is the term used to describe a severe form of depression where many of the physical symptoms of depression are present. For example, one of the major changes is that the person can be observed to move more slowly.
(3) Psychotic depression:- This can involve hallucinations (seeing or hearing things that are not there) or delusions (false beliefs that are not shared by others), such as believing they are bad or evil, or that they are being watched or followed.
(4) Antenatal and postnatal depression:- Women are at an increased risk of depression during pregnancy (known as the antenatal or prenatal period) and in the year following childbirth (known as the postnatal period). You may also come across the term ‘perinatal’, which describes the period covered by pregnancy and the first year after the baby’s birth.
(5) Bipolar disorder:- Bipolar disorder used to be known as ‘manic depression’ because the person experiences periods of depression and periods of mania with periods of normal mood in between. Bipolar disorder seems to be most closely linked to family history. Stress and conflict can trigger episodes for people with this condition and it’s not uncommon for bipolar disorder to be misdiagnosed as depression, alcohol or drug abuse, attention deficit hyperactivity disorder (ADHD) or schizophrenia.
(6) Cyclothymic disorder:- Cyclothymic disorder is often described as a milder form of bipolar disorder.
(7) Dysthymic disorder:- The symptoms of dysthymia are similar to those of major depression, but are less severe.
(8) Seasonal affective disorder (SAD):- SAD is a mood disorder that has a seasonal pattern. The cause of the disorder is unclear; however it is thought to be related to the variation in light exposure in different seasons

Treatments for anxiety and depression
(1) Psychological treatments:- Psychological treatments have been found to be an effective way to treat anxiety and depression. They may not only help a person to recover, but can also help to prevent a recurrence. Psychological therapies help people with anxiety and depression to change negative patterns of thinking and improve their coping skills so they are better equipped to deal with life’s stresses and conflicts.
(2) Light therapy:- Exposure to doses of white light can help regulate your mood and improve symptoms of depression. Light therapy is commonly used in seasonal affective disorder, which is now called major depressive disorder with seasonal pattern.
(3) Alternative therapies:- Ask your healthcare provider about acupuncture or meditation. Some herbal supplements are also used to treat depression, like St. John’s wort, SAMe, and fish oil.
(4) Exercise:- Aim for 30 minutes of physical activity 3 to 5 days a week. Exercise can increase your body’s production of endorphins, which are hormones that improve your mood.
(5) Avoid alcohol and drugs:- Drinking or misusing drugs may make you feel better for a little bit. But in the long run,  these substances can make depression and anxiety symptoms worse.
(6) Take care of yourself:-
You can also improve symptoms of depression by taking care of yourself. This includes getting plenty of sleep, eating a healthy diet, avoiding negative people, and participating in enjoyable activities.These include electroconvulsive therapy (ECT), or repetitive transcranial magnetic stimulation (rTMS) to treat depression and improve your mood.
(7) Essential oils:- Essential oils are a popular natural remedy for many conditions, but research into their effects on depression is limited.
People with depression may find symptom relief with the following essential oils:
• Wild ginger: Inhaling this strong scent may activate serotonin receptors in your brain. This may slow the release of stress-inducing
• Bergamot: This citrusy essential oil has been shown to reduce anxiety in patients awaiting surgery. The same benefit may help individuals who experience anxiety as a result of depression, but there’s no research to support that claim.
(8) Vitamins:- Vitamins are important to many bodily functions. Research suggests two vitamins are especially useful for easing symptoms of depression:
• Vitamin B: B-12 and B-6 are vital to brain health. When your vitamin B levels are low, your risk for developing depression may be higher.
• Vitamin D: Sometimes called the sunshine vitamin because exposure to the sun supplies it to your body, Vitamin D is important for brain, heart, and bone health. People who are depressed are more likely to have low levels of this vitamin.