ABSTRACT
The main objective of the present work is to find out good pharmacological activities in herbal source with their preliminary phytochemical study, and also it is aimed to investigate of ethanol, and aqueous extracts of dried stem of plant Emblica Officinalis Gearthagainst with Anti-inflammatory and in rats, Analgesic activity in mice and antioxidant in invitro methods. Normally herbal products are free from side effects/adverse effects and they are low cost medicines,which will be beneficial for human being. The main objective of this work is to find active constituents which are potent Anti-oxidant, Anti-inflammatory, analgesic having no or minimum side effects from indigenous plants for the therapeutic management.

ABSTRACT:
The antitumor activity of the ethanolic extract of leaves of boerhaavia diffusa L. (EBD) has been evaluated against Dalton’s ascitic lymphoma (DAL) in Swiss albino mice at the dose of 250 & 500 mg/kg, body weight. The experimental parameters used were tumour volume, tumour cell count, viable tumour cell count, mean survival time and increase in life span to assess antitumour activity. The extract administered orally for 14 consecutive days to tumor bearing group of animals. The extract increase the life span of DAL treated mice and restore the hematological parameters as compared with the DAL bearing mice in dose dependant manner. The study revealed that the EBD showed significant antitumour activity in tested animal models.

ABSTRACTS
The aim of presents study is to evaluate antidiabetic (Hypoglycemic) effect of Gymnema Sylvestre extract in alloxan induced diabetic Swiss albino mice. These aqueous extract were used for the study. The Swiss albino mice weighing 25 to 30 gm were used for the study.  Mice were administered orally with the aqueous extracts of Gymnema Sylvestrewith dose of 200 mg/kg, 400 mg/kg and 500 mg/kg. body weight from period of day 1 to 28 days. The study reveals that the all the three doses shows the significant decrease in blood glucose level. This study shows the significant activity of gymnema sylvestre extracts against alloxan induced diabetes.  These prove the guava fruit is pancreatic protective and hypoglycemic in nature.

ABSTRACT
Centchroman – A Non-steroidal, post-coital anti-implantation drug which is generally popular as SAHELI is one of the best agents available. The fundamental aim of this study  was to formulate such an Intra-uterine System of Centchroman which should be safe and acceptable. This new drug delivery system surpasses the first pass metabolism, thus increasing the bioavailability and reducing the drug load. This formulation delivered the drug upto 21 days. Polylactic-co-glycolic acid served as the best fit polymer for delivering the drug. The best optimized formulation was selected and subjected to stability studies.  The effect of the foreign bodies was also observed on the fertility, mating behaviour and estrous cycle of the rats along with anti-implantation activity of the IUS. This formulation was tested on Wistar albino rats and is proved to be safe at the optimized dose level. The formulation exhibited pre-implantation loss of 100% and post-implantation loss of 0% in Wistar albino rats at a particular dose when delivered on 1st day and 4th day post-coital. Experimental part on animals showed that any foreign body, if put inside the uterus would not affect the fertility unless the size is more than 6mm. Results showed that 3mm objects had no effect on fertility. The foreign bodies and the IUS showed neither any alteration in the estrous cycle nor on the mating behavior of the animals.

Abstract:
Muscular dystrophy is one of the rare diseases that cause progressive weakness and degeneration of skeletal muscles used during voluntary movement. There are many different types of muscular dystrophy based on the age of onset, severity and pattern of inheritance, of which duchenne and becker muscular dystrophies being more prevalent. The absence or abnormality of dystrophin, a protein which forms a complex with extracellular matrix to provide mechanical reinforcement to the structure of the sarcolemma and thereby protecting the membrane from the stress or tearing during contraction is the main cause of muscular dystrophy. Muscular dystrophy can be diagnosed by blood & urine tests, muscle biopsies, DNA (genetic) testing, and diagnostic imaging and neurophysiology studies. Treatment includes various therapies such as respiratory therapy, physical therapy, speech therapy, occupational therapy, corrective surgery, drug therapy, and gene therapy. 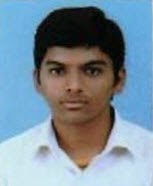 Abstract:
Geriatrics is more prone to higher risks of chronic illness and are using multiple medications in order to lead healthy life. Polypharmacy increases the risk of adverse drug events, as a result changes takes place in physiological, social, physical and functional decline in the body. These rapid physiological changes make elderly patients unable to cope with body stresses. Drug toxicity, side effects and adverse drug reactions appear more frequently and are more life-threatening in elderly patients. Tetracyclins, streptomycin, reserpine, and all barbiturates are to be contraindicated in geriatrics in order to prevent further complications. Polypharmacy is the simultaneous taking of many medications, has been well documented and is a topic of much concern for those looking to improve the quality of care for the elderly. Elderly patients often develop complicated conditions and multi-factorial health states that require extensive pharmacotherapy, sometimes surgery leaving the population at risk for exposure to drug-drug interactions, drug-food interactions and other adverse events. Previously literature states that rate of adverse events are directly proportional to number of drugs taken by the patient. To manage all these complications and to avoid polypharmacy Dose regimen should be simple and drugs should be given in combinations to improve patient compliance.

10 March 2014
PROSTAGLANDINS AND ITS TYPES

Abstract:
Prostaglandins are potent bioactive lipid messengers synthesized from arachidonic acid mediated by enzyme COX. Prostaglandins (PGs) play a key role in the initiation of the inflammatory response. Their biosynthesis is significantly increased in inflamed tissue, and they contribute to the development of the cardinal signs of acute inflammation. Although the proinflammatory properties of individual PGs during the acute inflammatory response are well established, their role in the resolution of inflammation is more controversial.

ABSTRACT
The objective of present study was to evaluate in vivo anti-diarrheal potential ofCinnamon leaves. Sample was analyzed for quantities estimation of photochemical and anti-diarrheal activity of aqueous leaf extract, at 100, and 200 mg/kg body weight (b.w) was investigated using castor oil induced model. The aqueous leaves extract of Cinnamon leaves (100, and 200 mg/kg body weight) was administered orally to three groups of rats (five animals per group) in order to evaluate the activity of the extract against castor oil-induced diarrhea model in rat. Two other groups received normal saline (5mg/kg) and Loperamide (2mg/kg) as positive control. The effect of the extract on castor oil-induced diarrhea, gastrointestinal transit and intestinal fluid accumulation (enter pooling) was assessed respectively. In this study, the phytochemical analysis of aqueous leaves extract of Cinnamon leaves revealed the presence of alkaloids, terpenoids, flavonoids, saponins, tannins and phenols. At oral doses of 100, and 200 mg/kg body weight, the plant extract showed pronounced significant (p<0.05) antidiarrhoeal activity compared to the control group. No mortality and visible signs of general weakness were observed in the rats following the extract administration of up to a dose of 2000 mg/kg. The results showed that the aqueous leaves extract of Cinnamonleaves has a significant antidiarrhoeal activity which supports its use in traditional herbal medicine practice.

6 March 2014
RESEALED ERYTHROCYTES - AS A CARRIER

ABSTRACT
Amongst various carriers explored for target oriented drug delivery, vesicular, microparticulate and cellular carriers meet several criteria rendering them useful in clinical applications. Lymphocytes, leukocytes, platelets, granulocytes and erythrocytes have been  proposed as a cellular carriers.  Erythrocytes, also known as red blood cells, and have been the most extensively investigated and found to possess great potential in novel drug delivery. The biocompatibility, non- pathogenicity, non-immunogenicity and biodegradability make them unique and useful carriers. The prime function of these RBCs is to transport gases for respiratory processes. Carrier erythrocytes are prepared by collecting blood sample from the organism of interest and separating erythrocytes from plasma. By using various methods the cells are broken and the drug is entrapped into the erythrocytes, finally they are resealed and the resultant carriers are then called "resealed erythrocytes". Erythrocytes have been proposed as a carriers for a wide range of bioactive components including drugs enzymes, pesticides, DNA molecules and others.

Abstract
The identification will be carried out by comparing a potential PCR product obtained from an unknown species with other PCR products specific to 5 known species, using the same five set of pairs of primers specific of these five species respectively. This implies that each PCR product obtained for each species has to be specific to each species and can be considered as a marker in this exercise. This specificity will be based on the uniqueness of the chosen template that is to be used for each PCR. In addition, since the PCR products will not be sequenced, they will be differentiated by their size, which will be identified by agarose gel electrophoresis. The PCR product can only be used as a marker that defines a species if the amplified sequence is unique to this species. Therefore, the first step in this exercise will be to identify a suitable sequence to amplify for each species. Following the identification of a suitable template, the size of the PCR will have to be defined; since the comparative analysis will be based not only on the presence of a product but also its size, all PCR products should have different sizes identifiable on agarose gel. Since the size of a PCR product is defined by the location of primers along the sequence, the second step in this exercise will be to design suitable primers. Finally, having defined specific template and primers for each species, PCR will be carried out using the DNA of unknown species as a template with all five sets of primers so that a successful PCR product and its size would identify the unknown species as one of the five species.