NITAZOXANIDE: A REVIEW OF ANALYTICAL METHODS 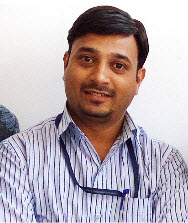 ABSTRACT: Nitazoxanide is an antiprotozoal and anthelmintic agent, which is mostly used in the treatment and prevention of wide variety of protozoa, helminthes and gram negative organisms.  This article studies published analytical techniques that are reported so far for the determination of nitazoxanide in bulk, pharmaceutical formulation and biological samples. They include various techniques like spectrophotometry, electrochemical methods, capillary electrophoresis, high performance liquid chromatography, high performance thin layer chromatography, and liquid chromatography-mass spectrophotometry.

INTRODUCTION:
Nitazoxanide (NTZ) is a new antiparasitic and antiprotozoal agent having broad spectrum of activity. It is a nitrothiazole derivative and its chemical name is 2-acetyloxyl-N-(5-nitro-2-thiazolyl) benzamide (Fig. 1) (1). It was initially developed as a veterinary anthelminthic with activity against intestinal nematodes, cestodes and trematodes. NTZ was approved by the US Food and Drug Administration (FDA) in 2002 for use in human beings (2). It is used for treating both intestinal protozoal infections and helminthiasis (3). It is also used for treating diarrhea caused by Giardia lamblia as well as for cryptosporidiosis in immune-compromised patients, including those with AIDS or HIV infection (4, 5, 6, 7, 8). The antiprotozoal activity of NTZ is believed to be due to interference with the pyruvate ferredoxin oxidoreductase (PFOR) enzyme dependent electron transfer reaction which is essential to anaerobic energy metabolism. Studies have shown that the PFOR enzyme from Giardia lamblia directly reduces nitazoxanide by transfer of electrons in the absence of ferredoxin. The DNA-derived PFOR protein sequence of Cryptosporidium parvum appears to be similar to that of Giardia lamblia. Interference with the PFOR enzyme-dependent electron transfer reaction may not be the only pathway by which nitazoxanide exhibits antiprotozoal activity. NTZ is a light yellow/ pink crystalline powder which is insoluble in water and poorly soluble in ethanol. It has a molecular mass of 307.283 g/mole and molecular formula of C12H9N3O5S (9). After ingestion, it is converted to the active metabolites tizoxanide and tizoxanide glucuronide. In plasma, more than 99% of NTZ is bound to proteins. It is available in the market as tablets and oral suspension.

ANALYTICAL METHODS:
Spectrophotometry: In the literature, 9 methods were reported for the estimation of NTZ using spectrophotometry, of which 7 methods are for determining NTZ alone, whereas the remaining are for quantifying NTZ in combination with other drugs substance.  Table 1 shows the summary of the reported spectroscopic methods indicating the basic principle, λ max, solvent, limit of detection (LOD) and limit of quantification (LOQ).

Human plasma was preparedby  mixing with acetonitrile, NF 0.1M sodium hydroxide. It is sonicated for 15 min., neutralized by 0.1M hydrochloric acid. The LOD 4.8 was found to be and LOQ was found to be 16.24.

GC: The residual solvents in NTZ was developed by Jiang Shanet al(28) were separated by a DM-WAX column(30 m×0.25 mm,0.5μm) with an FID detector.The injector temperature and the detector temperature was set at 200℃and 250℃,respectively.The containers of head-space injector were in equilibrium at 80℃for 30 min.N,N-Dimethylformamide was used as the solvent.The detected solvents were separated completely.A good linearity of the two solvents was obtained within the range ol 250-750μg/ml(r=0.9991) and 30-90μg/ml (r=0.9991),respectively.The average recovery of acetone and dichloromethane was 99.15%and 99.18%with RSD of 2.17%and 2.97%(n=9),respectively.

LC-MS:
LC-MS method was developed by Zhanzhong Zhao et.al (29) developed a sensitive and specific method for the identification of NTZ metabolites in goat feces by liquid chromatography–electrospray ionization tandem mass spectrometry with negative ion mode was developed. After extraction procedure the pretreated samples were injected on an XTerra MS C8 column with mobile phase (0.2 mL min−1) of acetonitrile and 10 mM ammonium acetate (adjusted to pH 2.5 with formic acid) followed by a linear gradient elution, and detected by MS–MS. Identification and structural elucidation of the metabolites were performed by comparing their retention times (R t ), full scan, product ion scan, precursor ion scan and neutral loss scan MS–MS spectra to those of the parent drug or other available standard. The parent drug (NTZ) and itsdeacetyl metabolite (tizoxanide) were found in goat feces after the administration of a single oral dose of 200 mg kg−1 of NTZ. Tizoxanide was detected in goat feces for up to 96 h after ingestion of NTZ

Huang Xet al(30) utilized a hybrid linear ion trap/Orbitrap mass spectrometer providing a high mass resolution and accuracy was used to investigate the metabolism of NTZ in rats, pigs, and chickens. The results revealed that acetylation and glucuronidation were the main metabolic pathways in rats and pigs, whereas acetylation and sulfation were the major metabolic pathways in chickens, which indicated interspecies variations in drug metabolism and elimination. With the accurate mass data and the characteristic MS(n) product ions, we identified six metabolites in which tizoxanide and hydroxylated tizoxanide were phase I metabolites and tizoxanide glucuronide, tizoxanide glucose, tizoxanide sulfate and hydroxyl tizoxanide sulfate were phase II metabolites. Hydroxylated tizoxanide and tizoxanide glucose were identified for the first time. All the comprehensive data were provided to make out the metabolism of NTZ in rats, pigs and chickens more clearly.

The photodegradation of NTZ was studied byM.D. Malesuiket al(31) in order to investigate the degradation kinetics of this drug. The analyses of the degraded samples were performed by a stability-indicating liquid chromatographic method. The column utilized was aPhenomenex (Torrance, CA) Synergi Fusion C18 column (250mm, 4.6 mm, i.d., 4μm particle size) coupled to a C18 guardcolumn (4.0mm, 3.0mm, i.d., 4 μm). a mobile phase of ophosphoric acid 0.1% (v/v) (pH 6.0 adjusted by addition of triethylamine)– acetonitrile (45:55, v/v) run at a flow rate of 1.0mL/min and using PDA detection at 240 nm. The light source was an UVC – 254 nm30Wlamp (Philips, Amsterdam,Holland) fixed to a chamber in a horizontal position.

HPTLC:
A new simple, rapid, and selective high-performance thin-layer chromatographic (HPTLC) method with metronidazole as the internal standard has been developed by Salvador Namuret al(32) for analysis of tizoxanide (a metabolite of nitazoxanide) in human plasma. The analyte was extracted from human plasma by cation-exchange solid-phase extraction (SPE). In HPTLC the stationary phase was silica gel 60F254 and the mobile phase was toluene-ethyl acetate-acetic acid 6.2:13.4:0.4 ( v/v ). UV detection and quantification were performed at 313 nm for the internal standard and 410 nm for tizoxanide. Data were fitted to a quadratic mathematical function by polynomial regression. The working range was 400–16000 ng mL −1. The method was validated for accuracy and precision. The average recovery was 85.5%.

A validated stability indicating HPTLC was developed by CL Gopuet al(33) for determination of nitazoxanide in bulk and in formulation. They carried out separation in TLC alumina plates precoated with silica gel 60F254using mixture of ethyl acetate-toluene-methanol (3.9:6.1:1 and 4.1:5.9:1 v/v/v) as mobile phase. The detection of spot was carried out by using UV detector at 350 nm.The linearity of calibratin curve was found to be between 400-1600 ng per spot.

CONCLUSION:
A large number of techniques are available for theestimation ofnitazoxanide in pharmaceutical formulations andbiological samples. The survey of analytical data revealedthatHPLC methods are predominant for the estimation ofdrug alone or in combination with other drugs in variousformulation types. So for the precise and accurateseparation of nitazoxanidein various formulationsrecommended method of analysis includes HPLC with UVdetector as it provides faster analysis time and has moreseparation selectivity than most other available techniques.
This review carried out an overview of the state-of-artanalytical methods for the determination of nitazoxanidein different formulations using various analytical techniques.