Indian Price regulator, NPPA has again reduced Cardiac stent prices after they price capped for around 85% in last year February 2017. Before price capped, bare metal stents (BMS) were used to be sold for Rs45,000 and drug-eluting stents (DES) for Rs1.2 lakhs. Well, in Feb 2017 their prices are reduced to 7400 and 30180, respectively. And obviously, companies dealing with stents were baffled and left with no clue. This article will discuss the market scenario in India after price cap up to recent time. The broad discussion is going on whether to include DES in speacial category of stent and allow manufacturers to drive more prices from it.

The multinational coronary stent manufacturers and importers especially from USA were not in favor of treating all Drug Eluting Stents (DES) in one bracket and favored a sub-categorization and differential prices for different categories in order to ensure future innovation and growth in this sector. If differential prices in DES is not adopted, US MNCs may be forced to withdraw their latest generation stents from the market and may not introduce the new generation stents.
Foreign MNCs said that proving 'superiority' of their new generation stents as per the requirements of the Ministry of Health & Family Welfare is a long process where adequate clinical data is to be made available which may take years. They insisted on 'generational incremental improvements' within DES and strongly favored differential pricing based on these incremental innovations for the sake of rewarding investment in R&D and innovation. 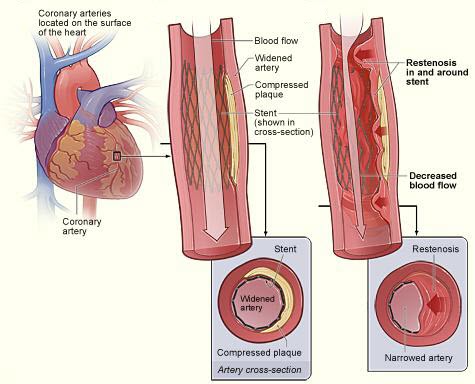 The year 2017 also witnessed an overall marginal increase of 1% in imports in case of US based manufacturers while a much higher percentage increase of 35% is seen in case of non US MNCs. Major US company continued to have its domination in the market without losing ground and in fact its overall market share increased by 2% in spite of withdrawal of one of its top brands.

The Indian coronary stent manufacturers were opposed to the idea of sub-categorization within the DES and claimed that the India made stents are not inferior in any manner to imported stents and these are also being exported to different countries.

They emphasized the fact that the so called new generation DES of MNCs do not have adequate clinical evidence to support their claim of'superiority' and should not be given preferential price.

If any differential and higher prices are given to imported stents, it will kill the Indian industry and it will be against the spirit of Government's ‘Make in India’ policy. Because of last year's price cap, a level playing field has been created after decades and because of that Indian stent manufacturers have been able to compete with the foreign stent manufacturers and been able to capture a larger share of stent market. Overall, Indian industries are not against differentiation as such but none of the existing US based stent makers have clinical data to deserve higher prices than the Indian stents. Also, Indian Stent manufacturers have asked ISMA members to further improve the quality of their stents.

Increased indigenous manufacturing activity and enhanced imports and availability of cardiac stents made in India. In the calendar year 2016 the total production was 539,788 which increased to 567,805 by December 31, 2017. The increase in production companywise was not uniform though. While one company had 90% increase in production there were companies with decrease up to 15%.

Availability of all kinds of stents needs to be ensured so that the people who want to get particular imported stent and want to pay for that are not deprived of its availability. It is true that all DES are same and MNCs are just changing brand names in order to charge higher prices in the name of ill-defined and unverified innovations. Also prices of multinational importer’s stents are much cheaper in countries like Germany, UK, France and Italy than the prices in India after price cap.

Hospitals are providing essential services and taking care of more than 70% burden of healthcare in the country and if any decision adverse to their profitability is taken, it may harm further investments and expansion of private hospitals

Complains are continuously receiving to health ministry that Hospitals are charging higher for Cardiac stents. As hospitals management point of view, they need to spend huge capital on construction and running of the healthcare facilities and need to realize the money from various services including cardiac procedures and any margin taken by them is a legitimate return on capital deployed. Lesser stent prices have forced them to change their business model and they had to make up for losses by increasing the procedure and other charges. Hospitals are providing essential services and taking care of more than 70% burden of healthcare in the country and if any decision adverse to their profitability is taken, it may harm further investments and expansion of private hospitals in Tier Two and Three cities. Many hospitals reuse the catheters/balloons/guide wire after sterilization and charge the patients at the full rate of new catheters/balloons/guide wire or with some concession.
Hospitals would like to have the latest stents available for patients irrespective of the fact whether it is imported or locally made. As per Hospital representatives, special features of a DES may be identified which can be assigned a premium. Some Indian stents are as good as imported ones but there are some stents in the market which Hospitals will prefer never use. Overall, Hospitals appreciated the price cap but asked for differential pricing so that the latest technology is available in the country.

There is a case for further reduction in prices and totally new stents without much verified clinical evidence which have entered the market after price cap can be placed at lower prices. Their contention was that with a ceiling of 31-32 thousand there is enough scope for some companies to dump their old generation stents at the common ceiling price and make hefty undeserved profits.

The year 2017 saw entry of some new industries both from India and abroad like USA, Singapore, Spain, China and UK having its manufacturing primarily in UAE. The reason behind these new entrants is that the existing prices are quite attractive for most of the brands used globally. This fact is proved by the left­over margins of the companies over earlier price to stockists in the market even after price cap.
This new entries lead to increase in sales of lower import cost brands by existing importers and took these developments with a note of caution along with the positive note regarding increased competition. The existing prices are quite competitive and attractive for most global brands and about 83% of import is taking place below landing cost of Rs.25,000/-. This, however, requires caution on the part of the CDSCO to apply safety and efficacy criterion on new entrants and also the periodic monitoring of some of the existing manufacturers. There are lots of media reports apprehended influx of Chinese stents in the market. As against it, the total share of Chinese stents remained only 1% of the overall Indian market in 2017.

Indian stent manufacturers marks 5% growth which may not that huge but in India, MNC stents have had a well-developed market and have been a preferred choice of well off patients and corporate hospitals over India made stents. This also makes it imperative on Indian manufacturers to further improve the quality of their products so as to be able to compete with USFDA, CE approved stents where the quality standards are certainly higher and also because of Indian consumers general attraction for anything with foreign label is still deep rooted.

Also government's decision of putting only 8% trade margins cap eliminated almost all unethical payment and profiteering in the system and also disrupted the status quo in trade of stents which was based on profiteering at each level.

The availability of stents in Indian market in the year 2017 was higher by 5% which is a healthy sign. The opening stock for the year 2018 is higher than the year 2017 and 2016 which shows that the number of angioplasties are likely to grow further in coming years in spite of poor passing of benefits of price cap to the patients by the hospitals and other infrastructural handicaps like shortage of Cath labs and trained intervention cardiologists.

Medical tourism got boost after Cardiac Stent. The data provided by the Indian High Commission in Dhaka, Bangladesh, showed that arrival of medical tourists from Bangladesh increased.

Medical tourism got boost after Cardiac Stent. The data provided by the Indian High Commission in Dhaka, Bangladesh, showed that arrival of medical tourists from Bangladesh increased to 96,849 in 2017 in comparison to 77,405 medical tourists in the year 2016. This proves the fact that medical tourism will get a boost because of increased affordability of angioplasties in India and that can further be enhanced if private hospitals pass on the complete benefits of price cap to patients.

There have been reduction of 31% in the usage of BMS in 2017 over 2016 though the same percentage decrease is not reflected in the total sales figures of BMS where  it shows a decline of 18% (69,769 in 2017 over 85,299 in 2016). This shows that in tier two and three cities where poor or lower middle-class patients avail angioplasties, there is a sizable section of population which cannot afford DES even at present rates.

In February 2018, NPPA again revised stent prices for next one year. NPPA brought up the price of bare metal stents (BES) to Rs7,660 from Rs7400 and reduced the price of drug-eluting and biodegradable stents to Rs27,890 from Rs 30180.

“We are happy with NPPA’s new decision to continue with their directive on price cap by not falling to the lobby of overseas multi-national manufacturers. The government and consumers and medical professionals can be assured of support from Indian manufacturers,” said Rajiv Nath, forum coordinator, Association of Indian Medical Device Industry.

"The decision is disappointing. Will limit patient choice and the availability of innovative technologies in the market. The only saving grace in the order is NPPAs' expression that it is open to receiving stakeholder views. Taking this expression as earnest, we will stay engaged." Said, Mr. Pavan Choudary, Director General of MTaI.