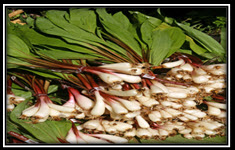 Fig. I - Fruit of Allium tricoccum 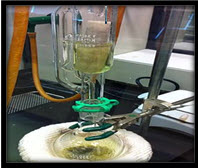 Preparation of extract
The fruits were collected, shade dried and then converted into coarse powder. The powder was then filled in a Soxhlet apparatus for extraction by 70:30 hydro-alcoholic as a solvent. The Hydro-alcoholic extract was concentrated by vacuum distillation to dry. The collected extract was stored in suitable container and used for further pharmacological studies (Khandelwal 2013).

Animals
Wistar strain male albino rats, weighing 100–150 g were selected for the study. The animals were housed individually in polypropylene cages under hygienic and standard environmental conditions (22 ± 3°C, humidity 30–70%, 12 h light/dark cycle). The animals were allowed to have stan¬dard feed and water adlibtum. They were acclimated to the environment for one week prior to experimental use.  All the animal testing were done under the approval of Institutional Animal Ethical Committee (IAEC) of Modern Institute of Pharmaceutical Sciences, Indore the approval no. is IAEC/MIPS/01/2017/01 (Hussain et al, 2017).