We always talked much about growth of science and progress of treatments and combat of diseases. But still there are several questions which are not answerable. There are many diseases or syndromes which are still not curable. We try to highlight such top 10 diseases which occur most often. 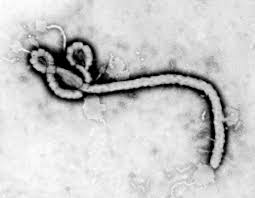 EVD is a viral hemorrhagic fever (VHF). Its name is derived from the Ebola River in the Democratic Republic of the Congo. Ebolavirus first emerged in 1976 in outbreaks of Ebola hemorrhagic fever in Zaire and Sudan. The strain of Ebola that broke out in Zaire has one of the highest case fatality rates of any human pathogenic virus, roughly 90%, with case-fatality rates at 88% in 1976, 59% in 1994, 81% in 1995, 73% in 1996, 80% in 2001–2002, and 90% in 2003. The strain that broke out later in Sudan has a case fatality rate of around 50%.
Illness is characterized by the rapid onset of fever, malaise, muscle pain, headache and inflammation of the pharynx. Six days following vomiting and bloody diarrhea, individuals may develop maculopapular rash with bleeding at needle sites and bodily orifices. Other symptoms include: abdominal pain, fever, bloody vomit, maculopapular, malaise, joint and muscle pain, coagulopathy, chest pain, dry and sore throat, hemorrhagic diathesis , hiccups, nonbloody diarrhea, vomiting, chills, and fatigue, while later symptoms can include bleeding from the eyes, ears and mouth, depression, sensitivity to pain or seizures. Purpura, petechiae, sclerotic arterioles, and low blood pressure are characteristic as the disease progresses. 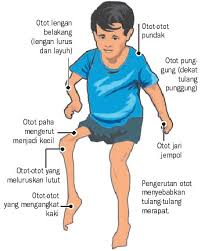 Poliomyelitis is often called polio or infantile paralysis. It is an acute viral infectious disease which spread from person to person mainly by the fecal-oral route. Poliomyelitis was first recognized by Jakob Heine in 1840. And poliovirus was identified in 1908 by Karl Landsteiner.
Approximately 90% of polio infections cause no symptoms at all. If the virus enters the blood stream then only affected individuals can exhibit a range of symptoms if the virus enters the blood stream. In rare of cases the virus enters the CNS, primarily infecting and destroying motor neurons, leading to muscle weakness & acute flaccid paralysis. Spinal polio is the commoniest occurred type, characterized by asymmetric paralysis that most often involves the legs. Bulbar polio causes weakness of muscles innervated by cranial nerves. Bulbospinal polio is a combination of bulbar and spinal paralysis.
Now prevention of diseases is possible but could not have proper cure once you catch by polio.

8. Lupus Erythematosus
Lupus erythematosus is an autoimmune disease which is categorized for a collection of diseases with problems in immunity. Symptoms of these diseases can affect many different body systems including kidneys, blood cells, heart, joints, skin & lungs.
The main reasons behind SLE are genetics, environmental factors, drug reaction etc. One manifestation of SLE is abnormalities in apoptosis, a type of programmed cell death in which aging or damaged cells are neatly disposed of as a part of normal growth or functioning. SLE is not understood well enough to be prevented, but, when the disease develops, quality of life can be improved through flare prevention. The warning signs of an impending flare include increased fatigue, pain, rash, fever, abdominal discomfort, headache, and dizziness. Early recognition of warning signs and good communication with a doctor can help individuals remain active, experience less pain, and reduce medical visits. 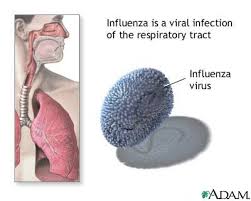 Influenza is commonly referred as flu. It is caused by RNA viruses of the family Orthomyxoviridae. The most common symptoms of the disease are chills, fever, sore throat, muscle pains, severe headache, coughing, weakness/fatigue and general discomfort.
Three types of influenza viruses characterized for infection, named as influenzavirus A, B, C. Aquatic birds are the natural hosts for a large variety of influenza A. Occasionally, viruses are transmitted to other species and may then cause devastating outbreaks in domestic poultry or give rise to human influenza pandemics. Very recent known pandemic occurred by H1N1 (swine flu) which was by Type A influenza virus. Type B viruses are affecting human less common than type A. And this viruses mutate slower than influenza virus type A. Because of this lack of antigenic diversity, immunity to influenza B is acquired at early age. 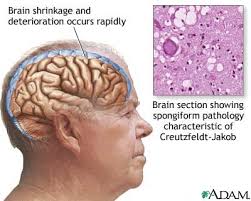 Creutzfeldt–Jakob disease or CJD is a degenerative neurological disorder (brain disease) that is incurable and invariably fatal. CJD is at times called a human form of mad cow disease, given that bovine spongiform encephalopathy is believed to be the cause of variant Creutzfeldt–Jakob disease in humans.
CJD is the most common among the types of transmissible spongiform encephalopathy found in humans. In CJD, the brain tissue develops holes and takes on a sponge-like texture. This is due to a type of infectious protein called a prion. Prions are misfolded proteins which replicate by converting their properly folded counterparts.
The first symptom of CJD is rapidly progressive dementia, leading to memory loss, personality changes and hallucinations. This is accompanied by physical problems such as speech impairment,  myoclonus, balance and ataxia, changes in gait, rigid posture, and seizures. 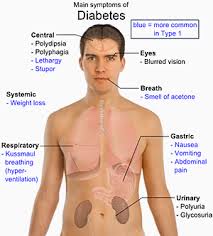 Diabetes mellitus is most commonly occurring disease in all around the world. It is a group of metabolic diseases in which a person has high blood sugar, either because the body does not produce enough insulin, or because cells do not respond to the insulin that is produced. This high blood sugar produces the classical symptoms of polyuria, polydipsia and polyphagia.
Two types of DM are known such as Type - I and Type- II. Type - I diabetes is also known as juvenile onset of diabetes which occurred due to complete loss of β-Cell {insulin producing cells} or almost  complete reduction of insulin secretion in the body.
Type-II diabetes is also known as mature onset of diabetes. In which complete sensitivity to insulin is lost by body cells. And thus body cell could not take glucose which increase blood sugar level. It is non-insulin dependent diabetes. Rise in glucose level can cause ketoacidosis, kidney dysfunction, retinal degenration, neurotic dysfunction and also associated with cardiovascular disorders. 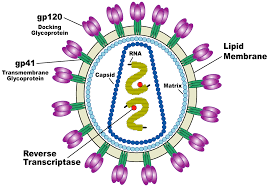 Acquired immunodeficiency syndrome (AIDS) is a condition in humans in which progressive failure of the immune system allows life-threatening opportunistic infections and cancers to thrive. It is cused by human immunodeficiency virus (HIV). Infection with HIV occurs by the transfer of blood, semen, vaginal fluid, pre-ejaculate, or breast milk. Within these bodily fluids, HIV is present as both free virus particles and virus within infected immune cells. The four major routes of transmission are unsafe sex, contaminated needles, breast milk, and perinatal transmission. Screening of blood products for HIV has largely eliminated transmission through blood transfusions or infected blood products in the developed world. From its discovery in 1981 to 2006, AIDS killed more than 25 million people.
HIV infects vital cells in the human immune system such as helper T cells (specifically CD4+ T cells), macrophages, and dendritic cells. HIV infection leads to low levels of CD4+ T cells through three main mechanisms: First, direct viral killing of infected cells; second, increased rates of apoptosis in infected cells; and third, killing of infected CD4+ T cells by CD8 cytotoxic lymphocytes that recognize infected cells. When CD4+ T cell numbers decline below a critical level, cell-mediated immunity is lost, and the body becomes progressively more susceptible to opportunistic infections. 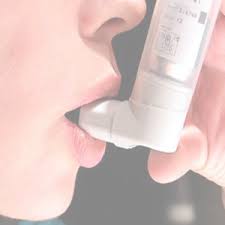 Asthma is the common chronic inflammatory disease of the airways characterized by variable and recurring symptoms, reversible airflow obstruction, and bronchospasm. Symptoms include wheezing, coughing, chest tightness, and shortness of breath. Common symptoms of asthma include wheezing, shortness of breath, chest tightness and coughing, and use of accessory muscle. Symptoms are often worse at night or in the early morning, or in response to exercise or cold air. Some people with asthma only rarely experience symptoms, usually in response to triggers, whereas other may have marked persistent airflow obstruction. Asthma can be classified as: Acute asthma, chronic asthma. It can be occupational and exercise induced asthma. Status asthmaticus is an acute exacerbation of asthma that does not respond to standard treatments of bronchodilators and steroids. Nonselective beta blockers have caused fatal status asthmaticus. There are no. of causes available for asthma such as genetics, allergy to any substances, environment, tobacco etc. 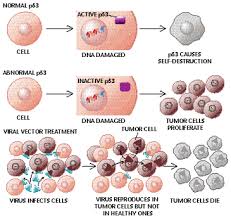 Cancer or neoplastia is a large, heterogeneous class of diseases in which a group of cells display uncontrolled growth, invasion that intrudes upon and destroys adjacent tissues, and often metastasizes, wherein the tumor cells spread to other locations in the body via the lymphatic system or through the bloodstream. These three malignant properties of cancer differentiate malignant tumors from benign tumors, which do not grow uncontrollably, directly invade locally, or metastasize to regional lymph nodes or distant body sites like brain, bone, liver, or other organs.
Researchers divide the causes of cancer into two groups: those with an environmental cause, and those with a hereditary genetic cause. Cancer is primarily an environmental disease, though genetics influence the risk of some cancers. Common environmental factors leading to cancer include tobacco use, poor diet and obesity, infection, radiation, lack of physical activity, and environmental pollutants. These environmental factors cause or enhance abnormalities in the genetic material of cells. 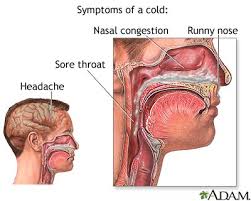 The name common cold came into use in the 16th century, due to the similarity between its symptoms and those of exposure to cold weather. The common cold virus is transmitted mainly from contact with saliva or nasal secretions of an infected person, either directly, when a healthy person breathes in the virus-laden aerosol generated when an infected person coughs or sneezes, or by touching a contaminated surface and then touching the nose or eyes.
Symptoms are cough, sore throat, runny nose, and nasal congestion; sometimes this may be accompanied by conjunctivitis (pink eye), muscle aches, fatigue, headaches, shivering, and loss of appetite. Fever is often present thus creating a symptom picture which overlaps with influenza.

You can put your queries and comments below. Thank you.

Also find:
A BREAK THROUGH IN CANCER TREATMENT: VIRUSES THAT TREATS CANCER

Pharmapedia : Can children have Hypertension? Importance of regular checking of Blood Pressure

Pharmapedia: Increasing use of steroids and associated side effects