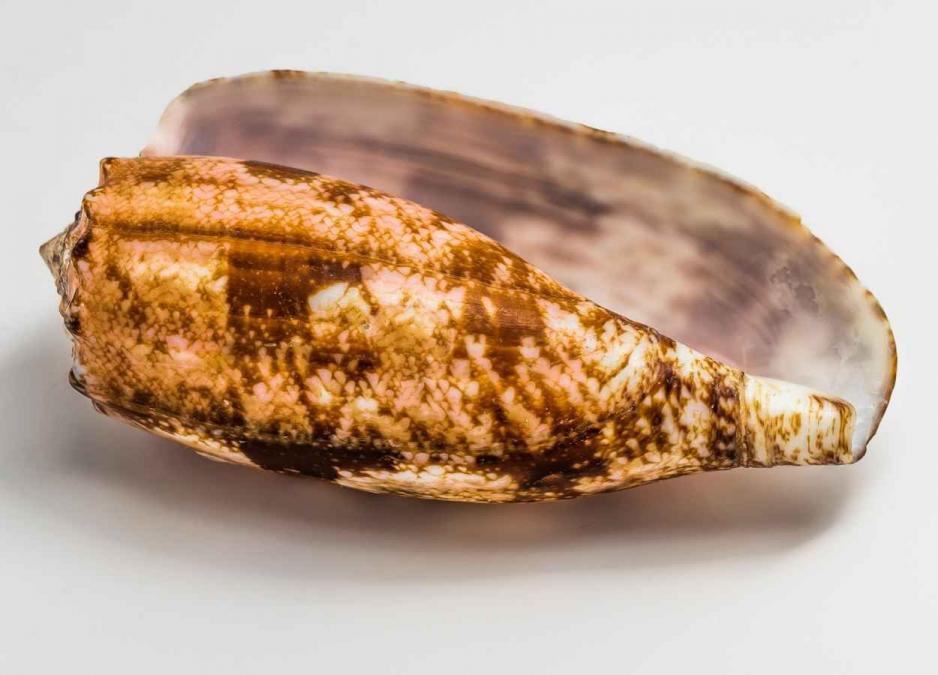 The tapered cone shell is popular among seashell collectors for its colorful patterns, but the smooth mottled shells are also home to the cone snail which is capable of spewing a potent insulin-like venom that can paralyze its prey. Researchers at the University of New Hampshire have found that variants of this venom, known as cone snail insulin (Con-Ins), could offer future possibilities for developing new fast-acting drugs to help treat diabetics.

“Diabetes is rising at an alarming rate and it’s become increasingly important to find new alternatives for developing effective and budget-friendly drugs for patients suffering with the disease,” said Harish Vashisth, associate professor of chemical engineering. “Our work found that the modeled Con-Ins variants, or analogs, bind even better to receptors in the body than the human hormone and may work faster which could make them a favorable option for stabilizing blood sugar levels and a potential for new therapeutics.”

In their study, recently published in the journal Proteins: Structure, Function, and Bioinformatics, researchers looked more closely at the cone snail venom which induces a hypoglycemic reaction that lowers blood sugar levels. Unlike insulin made in the body, the venom’s peptide sequence - which allows it to bind to human insulin receptors – is much shorter. To test whether it would still bind effectively, the researchers used sequences of the insulin-like peptides in the venom of the cone snail C. geographus as a template to model six different Con-Ins analogs. The newly created variants were made up of much shorter peptide chains than human insulin - lacking the last eight residues of the B-chain of the human insulin.

To study the stability and variability of the new Con-Ins structures, they conducted multiple independent computer simulations of each Con-Ins variant complex with human insulin receptor in a near-physiological environment (accounting for water solvent, salinity of solution, temperature and pressure). They found that each insulin complex remained stable during the simulations and the designed peptides bound strongly – even better than the naturally occurring human insulin hormone. The interactions were then compared with the human insulin receptor and it was determined that each Con-Ins variant exhibits few feasible residue substitutions in human insulin.

“While more studies are needed, our research shows that despite the shorter peptide sequences, the cone snail venom could be a viable substitute and we are hopeful it will motivate future designs for new fast-acting drug options,” said Biswajit Gorai, postdoctoral research associate and lead author.

The insulin-like venom released by certain cone snails can be highly dangerous causing a hypoglycemic shock that immobilizes fish and potential prey. C. geographus has the most toxic sting known among the species and there have been reports of human fatalities, especially to unsuspected divers who are not aware of the snail’s venom.