Career for Pharmacist at CCRUM - under the Ministry of AYUSH | Salary upto Rs 92,300/- 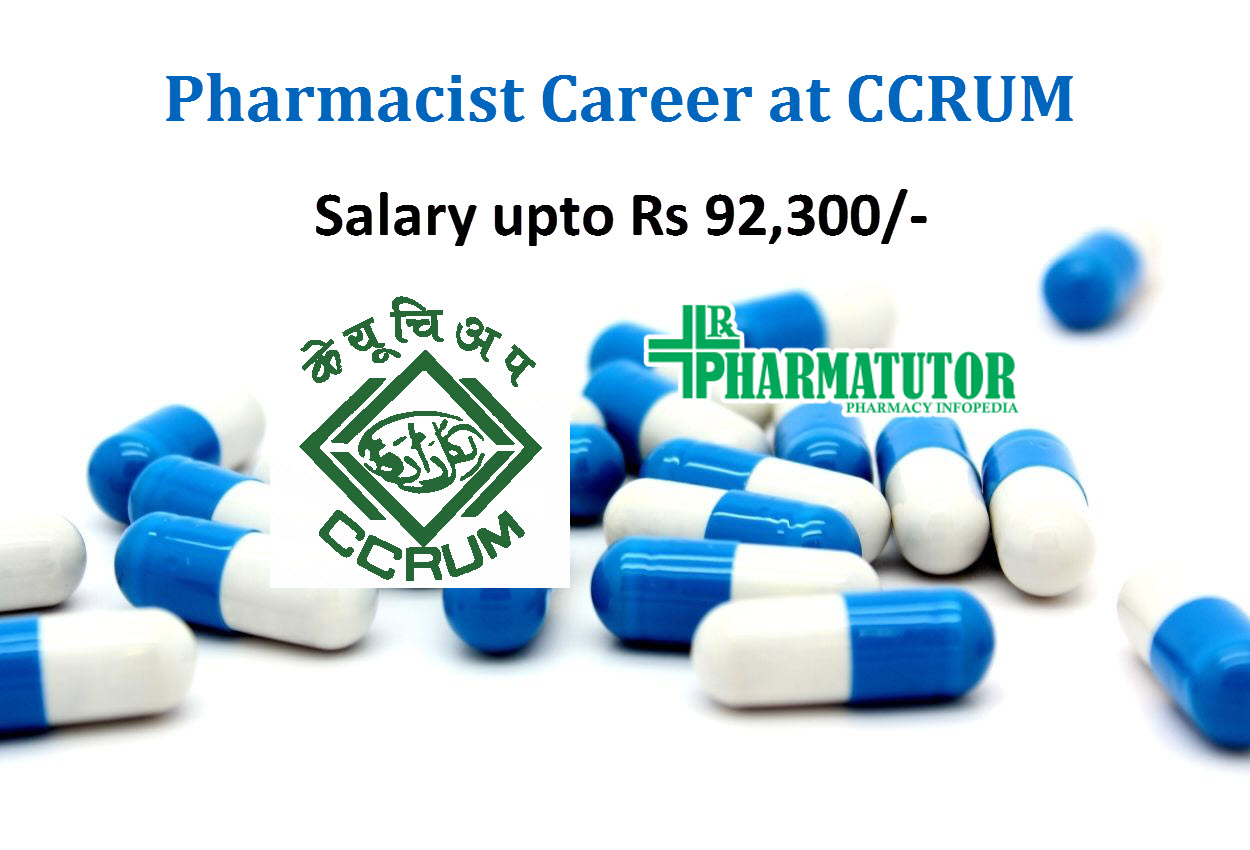 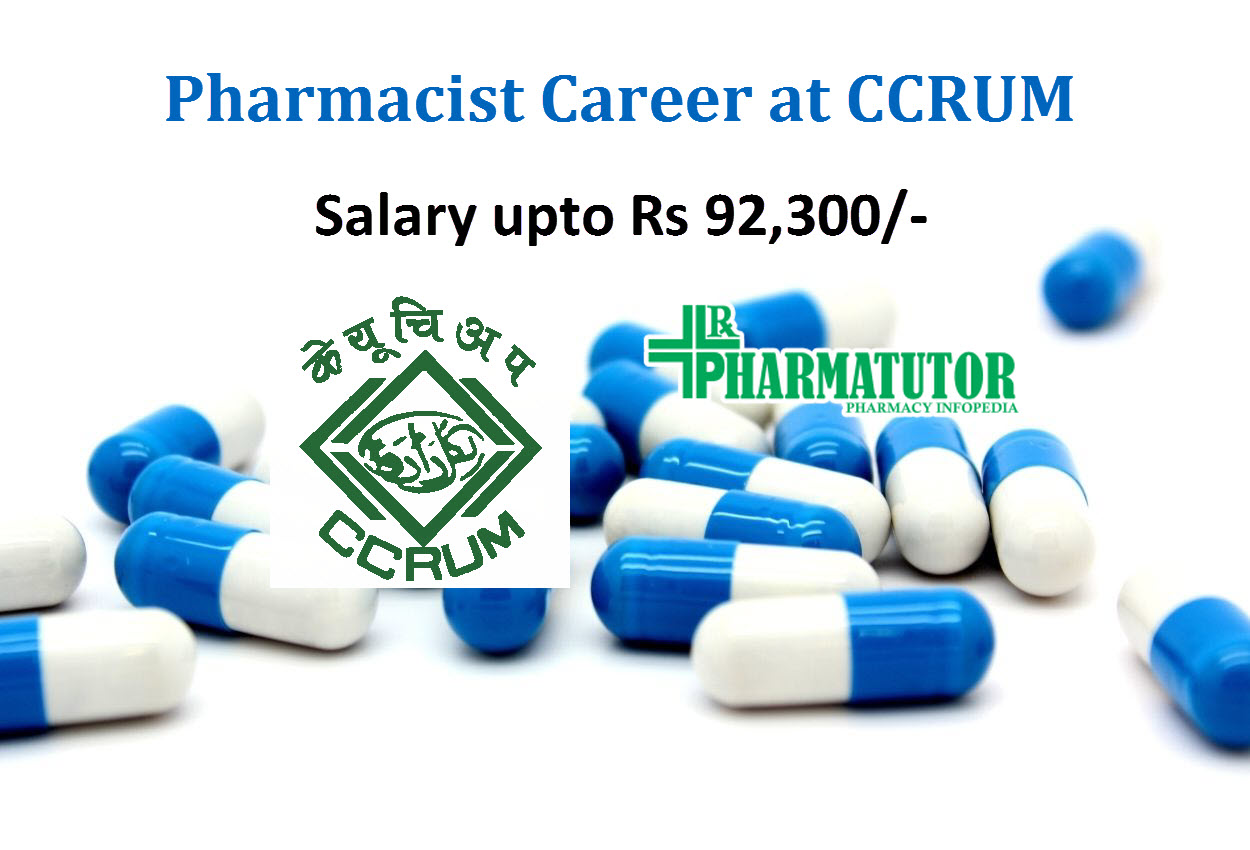 The Central Council for Research in Unani Medicine (CCRUM) is an autonomous organization under the Ministry of AYUSH, Government of India. Since its establishment in 1978, the CCRUM as the apex government organization for research in Unani Medicine has been engaged in conducting scientific research on the applied as well as fundamental aspects of Unani system of medicine. Consequently, over the past four decades of its existence, the Council has made significant strides in clinical resear.

General Instructions
• Application form may either be downloaded from the website of the Council (ccrum.res.in) or may be obtained by sending a self addressed envelope (23 c.m. x 10 c.m.) stamped with postage stamp for Rs.10/- addressed to Assistant Director (Admn.), Central Council For Research In Unani Medicine, JawaharLal Nehru Ayush Anusandhan Bhawan, 61-65, Institutional Area, Opp. D-Block, Janakpuri, New Delhi —110058.
• Candidates may apply in the prescribed application form available on the Council's website (ccrum.res.in) along with self attested copies of the certificates, testimonials and 02 recent passport size photographs.
• Applications received after due date and also such of the applications which are not supported with the Bank Draft of requisite amount and self attested copies of the certificate and testimonials, are liable to be rejected.
• Candidates already employed in any organization should send their applications through proper channel.
• Age limit is relaxable for SC/ST/OBC/ physically challenged persons & candidates in Government service, as per Government of India orders.
• Candidates belongs to SC/ST/OBC category should submit Certificates as per Central Government format. Candidates belongs to OBC category should submit a Form of declaration for creamy layer under OBC as per Central Government format. Requisite formats are available and can be downloaded from the website of the Council.
• The eligibility of the candidates shall be determined as on the closing date for submission of applications. Candidates in their own interest are advised to ensure that they are eligible in all respects before applying for the post.
• Candidates must be willing to serve anywhere in India.

• Bank Draft of Rs. 100/- (Rs. 20/- in case of SC/ST/OBC candidates) drawn in favour of Director General, CCRUM payable at New Delhi should accompany the application without which the application will not be entertained.
• Mere fulfilling the minimum prescribed qualification and experience will not vest a right to candidate for being called for interview. The Council may evolve its own criterion to shortlist the candidates for interview. This may also include an objective type screening test, if considered necessary. The Council reserves the right to restrict the number of candidates to be called for interview.
• The number of posts may vary. No correspondence in this regard will be entertained.
• Original certificates and testimonials should not be sent with the application but should be produced at the time of interview.
• Incomplete applications in any respect will be rejected.
• Closing date for receipt of application(s) at the Council Headquarters is 30 days from the date of publication of advertisement in the Employment News. The filled up application form super-scribing the
envelope "Application for the post of ___________“ may be sent to the Assistant Director (Admn.), CCRUM, JawaharLal Nehru Ayush Anusandhan Bhawan, 61-65 Institutional Area, Opp. D Block, Janakpuri, New Delhi-110058.

CANVASSING IN ANY FORM WILL BE A DISQUALIFICATION.