Why generic drugs not so popular? 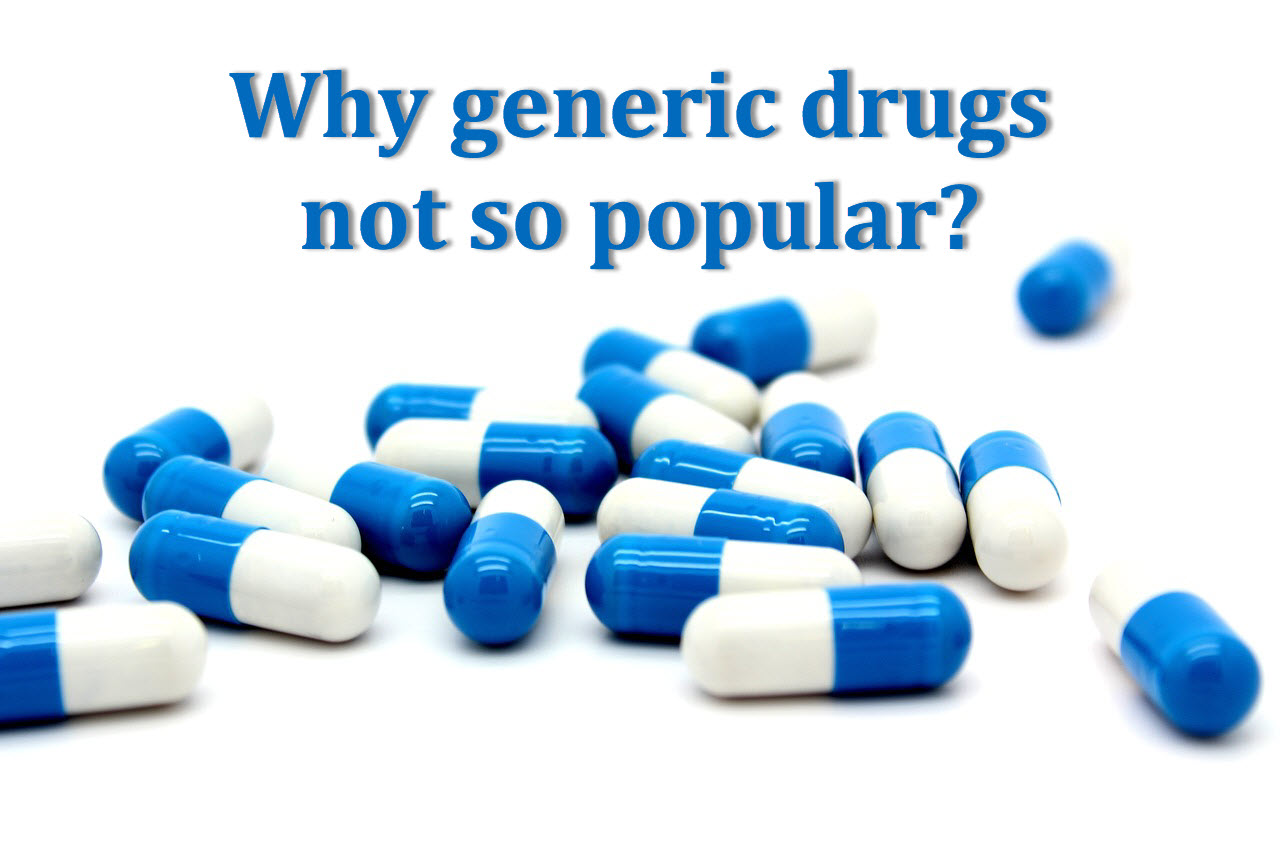 India, a global market leader in the export of generic drugs to countries such as the United States and Japan, as well as to countries in Africa and Europe. Generic drugs have the same chemical composition as branded drugs. But they are sold under the chemical names which are not familiar with the general public. Popular branded drugs are too expensive. Facilitating usage of generic medicines instead of expensive branded drugs is perhaps one of the most effective ways bringing down the medical costs. This will be beneficial for large section of population.

Almost 80% of prescription drug sales can be considered under generics. Use of generic medicine can help patients and hospitals to save billions of dollars every year. You could save at least two-thirds of your medicinal costs if you use generic medicines.

Generic medicines have the same dosage, intended use, effects, side effects, route of administration, risks, safety and strength as the name-brand versions.

For example, for popular branded drugs like Crocin and Calpol, their generic name is Paracetamol.

Many people become concerned because generic drugs are often substantially cheaper than the brand-name versions. They wonder about the quality and effectiveness have been compromised to make the less expensive products. Actually, generic drugs are only cheaper because the manufacturers have not had the expenses of developing and marketing of a new drug. When a company brings a new drug in the market, the firm has already spent substantial money on research, development, marketing and promotion of the drug or medicine.

One of the prime reasons why the government is popularizing generic drugs is that most of the people who cannot afford expensive drugs or pay the bills of expensive private hospitals. As there are more than 70% of India’s population lives in the rural areas, out of which around 35% is either below the poverty line or close to it. Another reason for the use of generic drugs is to reduce the unethical practices of doctors who deliberately prescribe branded drugs over generic drugs. There are rumours that private doctors would prescribe branded drugs because there are getting incentives or kickbacks from the pharma companies. The use of generic drugs, which are not different than the branded ones, will reduce the rising cost on healthcare system and the poor people can get benefit of it.

REASON BEHIND UNPOPULARITY OF GENERIC DRUGS
In India people are influenced by the “brand name” of a product whether it may be clothes, cosmetics, accessories, including grocery, durables or medicines. Even in the case of the medicinal market, the brand names are more popular. Certain names of medicines have a powerful impact on people’s minds that both the medicine and the brand have become synonymous.

Another reason is the lack of awareness about generic medicines. Even there is a certain section of the population who feels that because these medicines are comparatively cheaper, they may be of inferior quality. Chemists give medicines that are written on the prescription and in most cases, the doctors don’t prescribe generic medicines.

One has to understand that several branded medicines for treating lifestyle diseases like diabetes, cancer, hypertension, etc. are highly expensive and physicians usually prescribe these branded products.

Therefore to promote the use of cheaper generic substitutes popular in the country, physicians support is the most important factor. It is only now the health ministry decided to make it mandatory for all the physicians in the country to prescribe drugs with generic names. But believe me, this is going to be a great challenge.

Most of the countries, especially the developed ones, are also promoting generic medicine in their own country. In India with huge population which comes under poverty line, the government needed to promote generic medicines long ago. The Government is also to blaming for the lack of awareness. The Department of Pharmaceuticals has failed to do enough promotion of generic drugs and the proper implementation of the Jan Aushadhi scheme. Janaushadi stores were introduced by Indian government back in 2008 to promote use of generic medicines, which was a well intended central programme but unfortunately it has not taken off yet.