INTRODUCTION
The Murrayakoenigii (Curry tree) is a tropical to sub tropical tree in the family Rutaceae, which is a native in India. (en.m.wikipedia.org)  Murraya koenigii is semi deciduous, aromatic smell spreading shrub or tree with strong woody stem but slender with the stem which is dark green to brownish in color the tree is 4-8.7 m tall, with a trunk up to 81 cm diameter, the diameter of main stem is about 16 cm. [Ganesan P.et al., 2013]

Curry leaf plant to have flowers and vibrant green leaves throughout the spring ,summer and in rain fall.[Kureel BS et al., 1970] the leaves of murrayakoenigii are used herbs in Ayurveda ,Siddhi Medicine in which they are ant diabetic activity ,antibacterial activity ,anti-emetic ,anthelmintic ,antidiarrheal ,antipyretic and wound Healing effect.[Manshu Jain et al.,2017] The leaves and fruits are also a source of an essential oils which finds use as a fixative for heavu type of soap perfumes.[Manisha Vats et al.,2009] these plants are ingested as decoctions , teas and juice preparations to treat respiratory infection.[Abhishek Mathur et al., 2011]

Material and methods
Plant material
The leaves of plant murrayakoenigii (Rutaceae) was collected from the local area of shirpur.

Extraction
Freshly collected plant of murrayakoenigii was dried and then powdered using a mixer.4 gm. of plant powder was taken in Iodine flasks and adds 100 ml of methanol was added to Iodine flask. Flask were closely tight kept for 30 Hrs.these were occasionally shaken after it was filtered and marc was pressed. The entire extract of murrayakoenigii leaves was evaporated to dryness in evaporator.Extractive yield was calculated .the yield of extracts is depicted in table no.1

Agar diffusion method -
In vitro antibacterial activity of crude extracts was studied against gram positive S. aureus by the agar plate diffusion method.
Nutrient agar was used as bacteriological medium. The extracts of crude drugs is used test sample and ampicillin is standard sample.100 µl of inoculum was aseptically introduced as the surface of sterile agar plates and sterilized- Shaped glass rods was used for even distribution of the inoculums .wells were prepared in the agar plates using a sterile cork barer.100 µl of test and standards sample extract was introduced in the well.the plates were introduced at 37 oC for 24 Hrs. .The zone of inhibition produced by extract was measured and compared with those produced by Antibiotic ampicillin. antibacterial activity of murrayakoenigii methanol extracts is depicted in table no.4.

Pharmacognosy of murraya koenigii
Murrayakoenigii commonly known as curry leaf is a small tropical to sub-tropical shrub or tree that typically grows to 6-15 tall and is noted for a pungent, aromatic .this tree is native to moist forests in India and Sri-lanka. Interesting house plant; the leaflets of which can snipped for cooking. [www.missouribotanicalgarden.org]

Flowers of curry leaves is small , white fragrant and funnel shaped ,the diameter of flower is 1.2 cm in the fully opened from each cluster bear approximately 60 to 90 flowers at a time after flowering at once. Stem is brown to dark green in color, with dots on the bark like small node on it. Bark was peeled off longitudinally under the exposing the white wood under Neath. Fruit of the murrayakoenigii occurs in cluster from varies in 32 to 80 in number. [Manshu Jain et al.,2017] 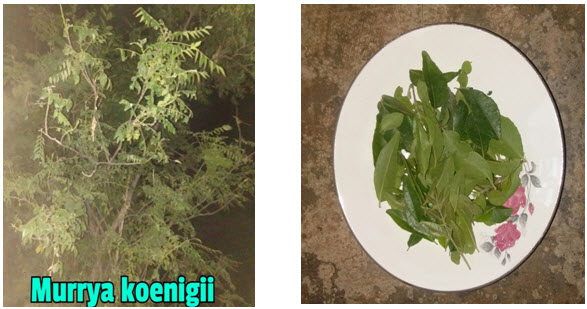 RESULT AND DISCUSSION -
The yield of extract in methanol was found to be 17.1% on dry weight .ash parameter, Extractive values were evaluated. The preliminary phytochemical screening of Extract showed the presence of Carbohydrate, Glycoside, Alkaloids and Proteins are detected. 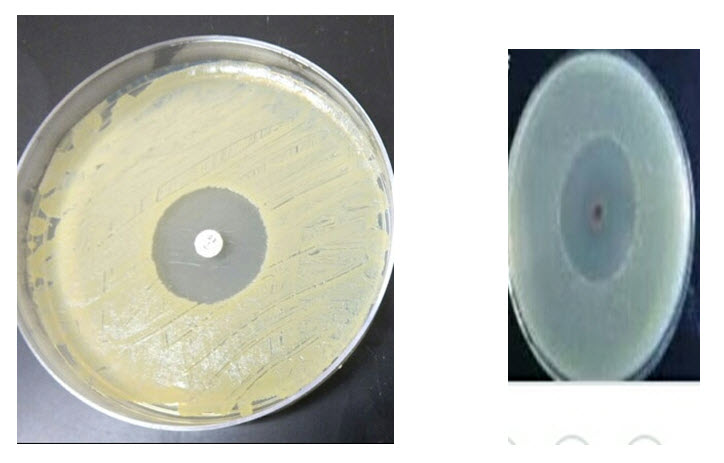