AN OVERVIEW OF EBOLA VIRUS - IT'S PATHOGENESIS, TREATMENT AND VACCINATION

ABSTRACT:
Ebola virus disease (EVD) is previously known as Ebola hemorrhagic fever. It is a serious fatal illness to human. EVD is caused by the Ebola virus. The outbreak of Ebola virus began in the Republic of Guinea in February 2014.The 2014 West Africa outbreak is believed to be most severely recorded in medical history. Around 1440 cases with 826 deaths have been reported. But around 16,000 people survived in West Africa. A cellular protein acts as a receptor for Ebola virus and Marburg virus. TIM-1 acts as a receptor for Ebola virus which is a cellular protein.  It is transmittable disease which occurs by the contact with the blood or body fluids of a person who was infected or died from EVD, contaminated objects like needles and infected animals or meat. Burial ceremonies in which mourners have direct contact with the body of the deceased person can also major role in transmission of Ebola. EVD has an incubation period of about 2 to 21 days, and the infection has an acute onset without any carrier status. At present, there is no particular type of treatment for EVD, so it is important to avoid infection exceeded 80%, modern medicine in public health measures have been taken to reduce the smack of EBD on individuals and communities. Treatment for Ebola virus involves early, truculent, supportive care with rehydration. Typical symptoms of Ebola virus disease include fever, diarrhea, nausea and vomiting for about 3-5 days and may lasts up to one week, abdominal pain. Upon increase in severity of the virus the patient may suffer from confusion, dehydration, and hypotension. These conditions eventually may lead to death. Ebola virus may be spread due to insufficient medical facilities, poor sanitation, unsafe burial practices. Ebola virus does not replicate through cell division. There is no definitive cure and management is mainly supportive ensuring adequate hydration and symptomatic treatment.

INTRODUCTION:
The Ebola virus is an RNA virus belonging to family Filoviridae (Bukreyev AA et al; 2014). There are 5 different types of species namely-Bundibugyo,Sudan,Zaire,Reston and TaiForest (Diehl WE et al; 2016). Fruit bats of the Pteropodidae family are the natural Ebola virus hosts (Bukreyev AA et al; 2014).Animal to human transmission occurs by close contact with the blood, secretions, organs and other body fluids of the infected animals. Human to human transmission occurs by the direct contact with the body fluids of the infected individuals. The outbreak of Ebola virus began in the Republic of Guinea in February 2014.The 2014 West Africa outbreak is believed to be most severely recorded in medical history. Around 1440 cases with 826 deaths have been reported. But around 16,000 people survived in West Africa (Houlihan CF et al ; 2017).

In India:
An Indian resident have been tested positive for Ebola. He was cured and has landed in Delhi from Liberia. According to the Times the man had already been treated for Ebola in West Africa and currently doesn’t have symptoms and tested negative for the virus before he flew. But his semen tested positive for the flew. Semen can tested positive after clinical clearance for up to three months, according to Centers for Disease Control Prevention (CDC) .It not likely that he poses a threat, given the negative test from his blood; spread of Ebola in India could be ruinous in the population size. 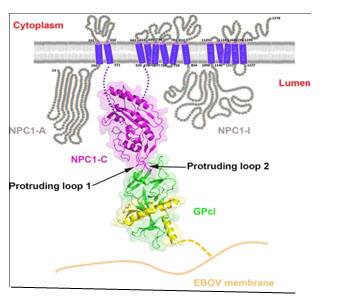 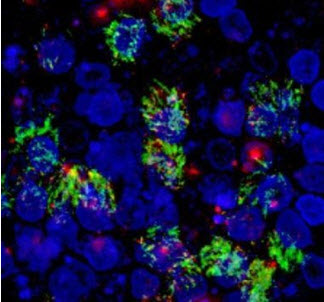 Pathogenesis :
Virus enters the body via infected blood/body fluid in contact with a mucosal surface or a break in intact skin. Virus replicates preferentially in monocytes/macrophages and dendritic cells which facilitate dissemination of the virus throughout the body via lymphatic system. Other cells are secondarily infected and there is rapid viral growth in hepatocytes, endothelial and epithelial tissues. 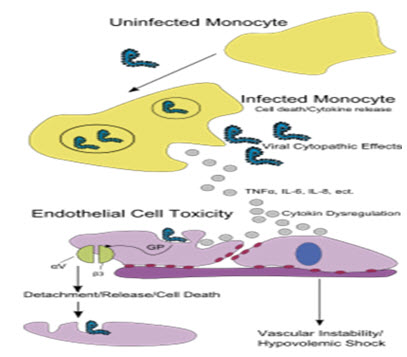 Clinical Features:
The incubation period of Ebola was found to be 2-21 days (Ouattara E et al; 2017). 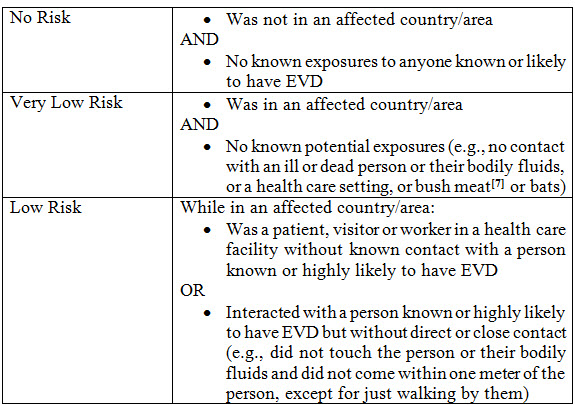 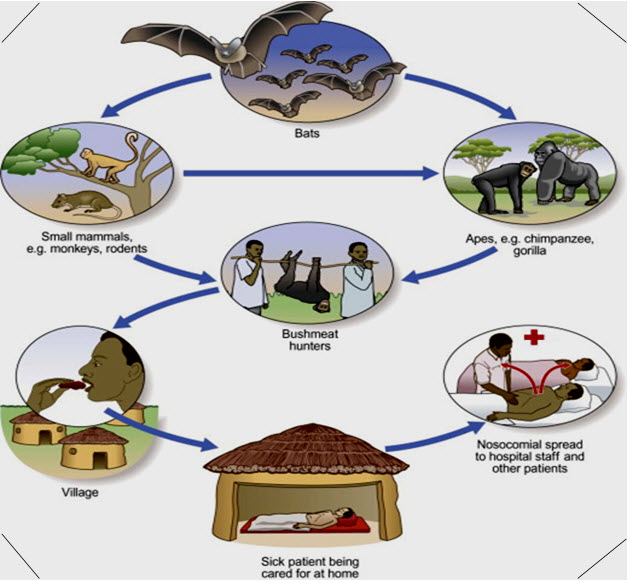 Ebola can be transmitted through close contact with the blood, secretions, organs or other body fluids of infected animals. It can also be transmitted by the handling of infected chimpanzees, gorillas, fruit bats, monkeys. In community it can be spread through human-to-human transmission, which results from direct contact with blood, secretions, organs or body fluids of infected people. Burial ceremonies in which mourners have direct contact with the body of the deceased person can also major role in transmission of Ebola. 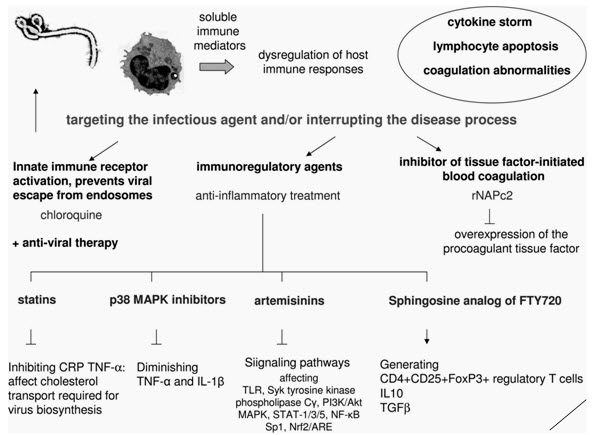 Oral manifestations:
Oral manifestations like Gingival bleeding, mucosal lesions, sore throat to severe dysphasia are observed. Gingival bleeding is seen along with other forms of bleeding like epistaxis and bleeding from the injection site. Dental professionals may face many patients who are not aware of the disease which are they affected. Reports show that around 1-6% of healthy individuals and 3-9% of close family members are infected without themselves developing the disease.

Ophthalmic manifestations:
COJUCTIVITIS is a key Ophthalmological EVD symptom. It is a bilateral, asymptomatic and nonicteric. In secondary EVD, conjunctivitis is the earlier symptom occurs together with influenza. It may appear 6-7 days before the patient needs EVD related care.

Vaccination:
CAd3-ZEBOV (also known as the NIAID/GSK Ebola vaccine or cAd3-EBO Z) is an experimental vaccine for two Ebola viruses, Ebola virus and Sudan virus, developed by scientists at GlaxoSmithKline (GSK) and tested by National Institute of Allergy and Infectious Disease (NIAID). The vaccine is derived from Chimpanzee adenovirus, chimp adenovirus type 3 (chAd3) genetically engineered express glycoprotein from the Zaire. 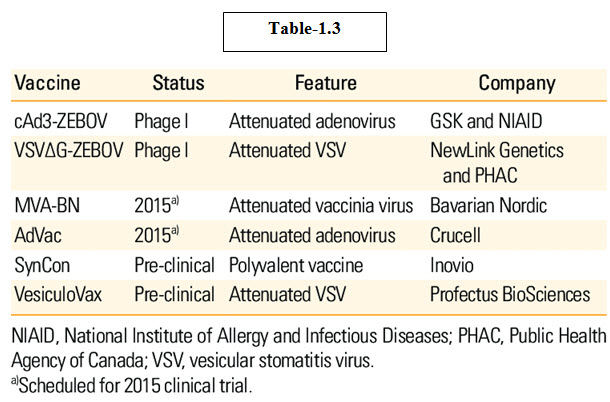 Conclusion:
Ebola virus disease is also known as Ebola hemorrhagic fever which is a disease of humans and other primates caused by Ebola viruses. There is no definitive cure and management is mainly supportive ensuring adequate hydration and symptomatic treatment. Prevention is done by avoiding under cooked food and bush meat, washing hands with soap and maintain proper hygiene.