ABSTRACT
There are many forms of excessive drinking that cause substantial risk or harm to the individual. They include high level drinking each day, repeated episodes of drinking to intoxication, drinking that is actually causing physical or mental harm, and drinking that has resulted in the person becoming dependent or addicted to alcohol. Excessive drinking causes illness and distress to the drinker and his or her family and friends. It is a major cause of breakdown in relationships, trauma, hospitalization, prolonged disability and early death. Alcohol-related problems represent an immense economic loss to many communities around the world. Because alcohol is a small molecule it interacts with many neurotransmitter systems in the brain; this makes the action of alcohol in the brain very different from and much more complex than large molecules such as opiates, Alcohol does not lead to an increase of dopamine throughout the brain; it only causes an increase in dopamine in the area of the reward pathway. This reward pathway is comprised primarily of the nucleus accumbens, the VTA (ventral tegmental area), and a part of the prefrontal cortex   or amphetamine which simulate a specific neurotransmitter and interact with a specific neurotransmitter system. Alcoholism is a debilitating disorder for the individual and very costly for society this review article provides an evaluation of the literature on the alcohol drinking its effect on life and treatment of various harmful effects of alcohol.

INTRODUCTION
Alcohol dependence
A major goal of alcohol research is to understand the neural underpinnings associated with the transition from alcohol use to alcohol dependence. Positive reinforcement is important in the early stages of alcohol use and abuse. Negative reinforcement can be important early in alcohol use by people self-medicating coexisting affective disorders, but its role likely increases following the transition to dependence. Alcoholism, also called dependence on alcohol, is a chronic relapsing disorder that is proessive and has serious detrimental health outcomes. The development of alcoholism is characterized by frequent episodes of intoxication, preoccupation with alcohol, use of alcohol despite adverse consequences, compulsion to seek and consume alcohol, loss of control in limiting alcohol intake, and emergence of a negative emotional state in the absence of the drug [1]. The use of alcohol for purposes of relaxation or socializing by mankind has been reported throughout history in most civilizations. The social approval to alcohol use has varied from strong disapproval to being actively encouraged A large number of persons are involved in treating alcohol dependent individuals. They .include, General Physicians, Psychiatrists, Psychologist, Social Worker, lay volunteer, spiritual leader and even recovered patient as a result, there is considerable difference of opinion on treatment issues. Alcoholism is a complex, multifaceted disorder which has long been recognized to run in families. There is substantial evidence from twin research and adoption studies that a major genetic component is operative in the development of alcoholism [2].
According to the definitions of the World Health Organization ICD-10, and DSM-IV-TR, alcohol dependence is characterised by a cluster of physiological, behavioral and cognitive phenomena, in which the use of this substance takes on a much higher priority for an individual than other behaviors that once had greater value, and a return to drinking after a period of abstinence is often associated with a reappearance of the features of the syndrome [3]. 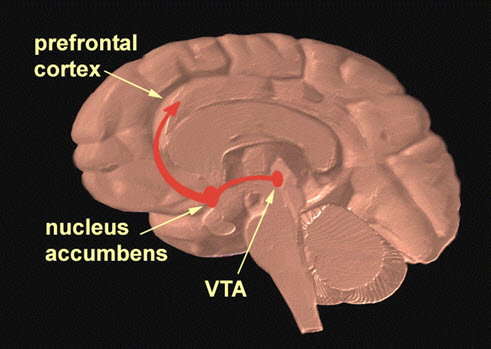 According to World Health Organization (WHO) about 2.5 million people die each year from alcohol-related causes. Alcohol is one of the leading risk factor for disease burden including neuropsychiatric disorders, cardiovascular diseases, liver cirrhosis and various cancers. But the harmful impact of alcohol is much more complex, affecting not only the drinker. Alcohol abuse is a global problem concerning road traffic accidents and many social issues such as violence, child negligence, suicides, absenteeism in the workplace, and breakdown of the family. In 1956, the American Medical Association (AMA) defined alcoholism as an illness that comes within the scope of medical practice and encouraged hospitals to admit patients with alcoholism [4].

Alcohol withdrawal
Symptoms of alcohol withdrawal (AW) may range in severity from mild tremors to massive convulsions (e.g., withdrawal seizures). Mild AW can cause pain and suffering; severe AW can be life-threatening. The goals of AW treatment are to relieve the patient’s discomfort, prevent the occurrence of more serious symptoms, and forestall cumulative effects that might worsen future withdrawals. Withdrawal treatment also provides an opportunity to engage patients in long-term alcoholism treatment [5].

Alcoholic liver disease (ALD).
ALD may occur as a result of alcohol abuse, but more frequently it is due to alcohol dependence. Both disorders are important to address clinically, especially if ALD has developed. However, alcohol-dependent patients are at higher risk of continuing to drink and require more intensive treatment. Treating patients with ALD requires awareness that the psychiatric disorder of alcohol dependence is commonly co morbid with ALD. Although the diagnosis should be established by a mental health clinician, brief questionnaires such as the Alcohol Use Disorders Identification Test (AUDIT) can be incorporated easily into a clinical assessment to establish problematic patterns of alcohol use. Why does drinking alcohol have such profound effects on thought, mood, and behavior? And why does alcohol dependence develop and persist in some people and not in others? Scientists are addressing these questions and others through neuroscience—the study of the brain, where both alcohol intoxication and dependence begin. Through neuroscience research, scientists are gaining a better understanding of how alcohol changes the brain and how those changes in turn influence certain behaviors [6].

How Alcohol Changes the Brain: Tolerance and Withdrawal
To function normally, the brain must maintain a careful balance of chemicals called neurotransmitters.   Remarkably, with ongoing exposure to alcohol, the brain starts to adapt to these chemical changes. When alcohol is present in the brain for long periods—as with long term heavy drinking—the brain seeks to compensate for its effects. To restore a balanced state, the function of certain neurotransmitters begins to change so that the brain can perform more normally in the presence of alcohol. These longterm chemical changes are believed to be responsible for the harmful effects of alcohol, such as alcohol dependence [7].

The NMDA and GABA receptors are  linked to ion channels; that is, they function by opening a pore through the cell membrane to allow specific ions(electrically charged atoms) to enter the cell and affect the cell’s electrical balance. Other neurotran smitters of interest to alcohol researchers include dopamine, serotonin (5–HT), and a family of substances called opioid peptides. These neurotransmitters interact with their receptors to modulate the activity of the neuron on which they reside . Dop amine’s role in coordinating the execution of complex motor activities has long been recognized. Dopamine also appears to play a major role in motivational behavior. Alcohol administration causes release of dopamine in a brain region (the nucleus accumbens) that is a key member of a group of linked struct u res associated with the development of addiction [8]. 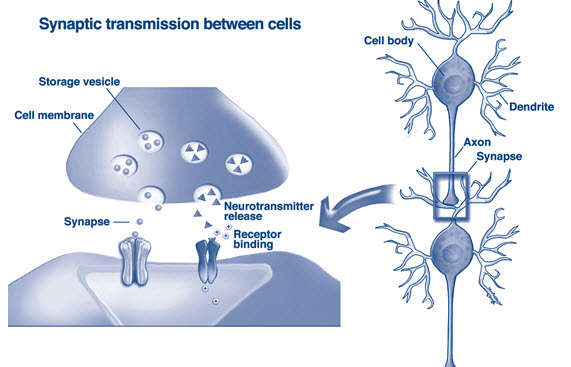 Abuse/Harmful Drinking: One or more of these symptoms/behaviors must have been present for at least one year: Not following through on obligations and responsibilities (e.g., repeated absences from work or school, neglecting home and children); legal problems (e.g., being arrested for public drunkenness, assaults while drunk); o dangerous behavior while drunk (e.g., driving) o social or interpersonal problems that involve drinking (e.g., violence, arguments with spouse about drinking); and o high daily consumption, binge drinking, frequent heavy drinking.

Dependence: Any or all of the above behaviors, but also three or more of the following characteristics:
Tolerance (drinking more and more before the effects show); o two or more withdrawal symptoms if drinking is suddenly stopped (heavy sweating, hand tremors, nausea and vomiting, hallucinations, agitation, anxiety, and seizures); o regularly drinking more or longer than intended; o frequent desire to cut down and/or unsuccessful efforts to cut down; o spending a lot of time thinking about, getting, drinking, or recovering from alcohol; o giving up other previously important activities in order to drink; and o continuing to drink even though s/he already has a physical or psychological problem caused by alcohol [9].

Principles of care
Working with and supporting families
When the needs of families and cares who are involved in supporting a person who misuses alcohol have been identified, NICE CG115 recommends offering guided self-help and facilitating contact with support groups. If problems continue, the guideline states that family meetings should be considered which may include help in identifying sources of stress related to alcohol misuse and the exploration and promotion of effective coping behaviors.

Behavioral Interventions
A motivational intervention should be carried out as part of the initial assessment. The intervention should contain the key elements of motivational interviewing including: helping people to recognise problems or potential problems related to their drinking, helping to resolve ambivalence and encourage positive change and belief in the ability to change, and adopting a persuasive and supportive rather than an argumentative and confrontational position [10].

Managing cravings
Urges to drink alcohol. Normal part of any addiction and withdrawal. vary in intensity with time, and are only severe for short periods (e.g, < 1 hr). For many people:
The 3-D method has been successful
Delay the decision as to whether you will drink for one hour. You may or may not drink, but that is something to be decided later (when the severity of the craving has reduced).often triggered by opportunities to drink, physical or psychological discomfort.
Distract yourself with an activity during this hour that will take your mind off whether you will drink or not.
Desist: After the hour, say to yourself: ‘Why I don’t want to drink’ and ‘What have I got to lose? By this stage the craving should have settled down although probably not gone away [11].

CONCLUSION
Thousands of persons are affected by alcoholism. This disease is not bias, it affects people of all walks of life. Alcohol is a highly addictive substance that can take hold of your life, for some never letting go and causing them to suffer through the most unbearable effects and in time causing them to hit rock bottom, or worse, succumbing to its affects. It is going to be hard to overcome alcoholism, regardless to if you go at it alone or with the support of a group. However, it is important to remember that there is hope and with the right mindset, determination and right drug treatment one can fight this disease and begin living a more fulfilling life in sobriety.