MakroTech is a leading global consulting and technology services company, offering a wide array of solutions customized for a range of key verticals and horizontals. From strategy consulting right through to implementing IT solutions for customers, Makro straddles the entire IT space. It has excellent domain competencies in verticals such as Healthcare, Pharmaceutical, Financial, Telecom, IT, Government and other industries. As a diverse end-to-end IT solutions provider, Makro offers a range of expertise aimed at helping customers re-engineer and re-invent their businesses to compete successfully in an ever-changing marketplace.

MakroCare has operations and presence in US, UK, EU, and Asia. MakroCare is well positioned to meet the demands of the expanding product portfolio needs of our life sciences clients worldwide. We also understand the demands of an increasingly competitive market.

ABSTRACT
Atomoxetine hydrochloride (atomoxetine) increased the risk of suicidal ideation in short-term studies in children or adolescents with Attention-Deficit/Hyperactivity Disorder (ADHD). Tablets of Atomoxetine Hydrochloride were formulated as sustained release tablet employing tamarind seed polysaccharide, guar gum, PVP, Mg. stearate, MCC  the sustained release tablets was investigated. Sustained release matrix tablets contain Atomoxetine Hydrochloride were developed using different drug polymer concentration of tamarind seed polysaccharide, guar gum,. Tablets were prepared by directly using MCC. Formulation was optimized on the basis of acceptable tablet properties and in-vitro drug release. The resulting formulation produced robust tablets with optimum hardness, thickness consistent weight uniformity and low friability. All tablets but one exhibited gradual and near completion sustained release for Atomoxetine Hydrochloride, and 98.6% and 97.5 released at the end of 12 hrs. The results of dissolution studies indicated that formulation F8, the most successful of the study. An increase in release kinetics of the drug was observed on decreasing polymer concentration

The National Institute for the Empowerment of Persons with Intellectual Disabilities (Divyangjan) intends to empanel professionals/personnel as guest faculty/staff as given below purely on session- wise honorarium basis to support its multifarious activities. The required qualification and experience and the honorarium that will be paid to different levels of Guest Faculty/staff so engaged will be as under: 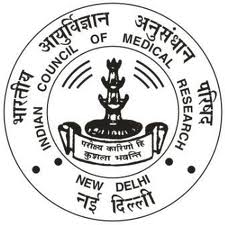 National Institute of Nutrition possesses sophisticated equipment and swell-equipped modern facilities and for clinical, laboratory and community based research.

Vision College of Pharmaceutical Sciences & Research mission is to educate and prepare the students to become productive members of their ever changing world. The college vision is to enhance the standards and to maximise students learning in every class room and laboratory. The college offers Bachelor and Master degree in the field of Pharmacy.

The applications are invited from the eligible candidates towards filling up several posts on contract basis in the (85) UPHCs of Hyderabad District under NUHM District Health Society O/o the DM&HO Hyderabad. The selection purely on merit basis through the District Selection Committee, Hyderabad and selected candidates to be work at UPHCs, under the control of DMHO Hyderabad. The details as follows: