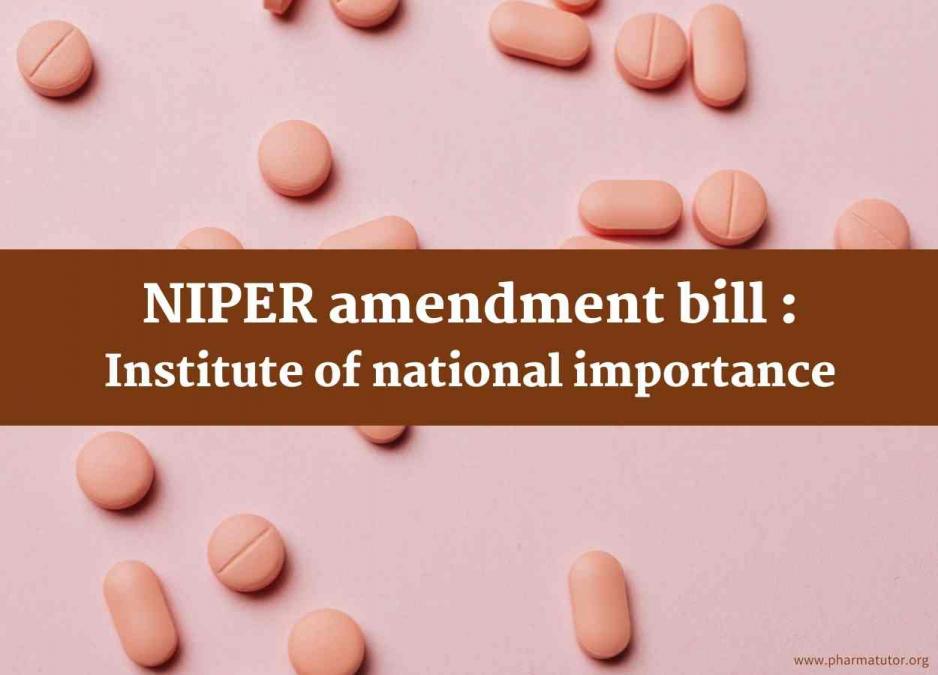 National Institute of Pharmaceutical Education and Research (NIPER) amendment bill will boost pharmaceutical research and it will recognised NIPER as institute of National Importance. The key goals behind the proposed legislation is to, first, declare six more institutes of pharmaceutical education and research as Institutions of National Importance and, second, to enable the Centre to set up a council for these institutes and to streamline the board of governors of each such institute while widening the scope and number of courses run by them, per a legislative note prepared by the Lok Sabha Secretariat for Members of Parliament.

The Bill declares six additional National Institute of Pharmaceutical Education and Research as Institutions of National Importance.  These institutes are located in Ahmedabad, Hajipur, Hyderabad, Kolkata, Guwahati and Raebareli.

The Act constituted a Board of Governors for control and management of the institute’s affairs.  The Act specifies 23 members in the Board including: (i) an eminent academician or professional as Chairperson, the Director of the institute (ex officio), two pharmaceutical industrialists, and (iv) three Members of Parliament.

The Bill reduces the number of members in the Board of Governors for each institute to 12. The Board will be chaired by an eminent academician or professional. The ex officio members of the Board will be: the Director of the institute, the Joint Secretary to the central government in Department of Pharmaceuticals dealing with national institutes of pharmaceutical education and research, the Secretary dealing with medical or technical education in the concerned state government, and a representative of Drug Controller General of India.  Other members will include: three pharmaceutical experts (at least one must be woman) with certain special knowledge, two pharmaceutical industrialists, and two professors of the institute.