Risk of dying is revealed among healthy people ! 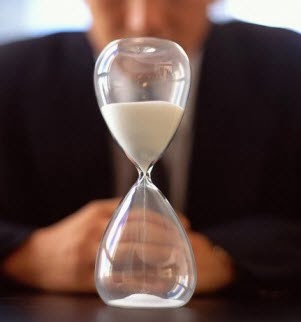 Novel biological markers have discovered by researchers from Finland and Estonia  that are strongly indicative of risk of dying from any disease within the near future. Blood samples from over 17000 generally healthy people were screened for more than a hundred different biomolecules. The health status of these study volunteers was followed for several years. The researchers looked for measures in the blood that could reflect who had died within the following 5 years after the blood sample was taken. In a study published in PLOS Medicine, they describe identification of four such biomarkers of death.

"A new screening technology reveals a signature of mortality in blood samples. Researchers have identified four biomarkers that help to identify people at high risk of dying from any disease within the next five years.

Dr. Johannes Kettunen said that, "What is especially interesting is that these biomarkers reflect the risk for dying from very different types of diseases such as heart disease or cancer. They seem to be signs of a general frailty in the body. Next we aim to study whether some kind of connecting factor between these biomarkers can be identified.'

The identified biomarkers were albumin, alpha-1-acid glycoprotein, citrate and the size of very-low-density lipoprotein particles. Of these, albumin was the only one previously linked with mortality. All these molecules are normally present in everyone's blood, but it is the amount of these molecules that was shown to be important.

Dr. Kettunen and team believe that in the future these measures can be used to identify people who appear healthy but in fact have serious underlying illnesses and guide them to proper treatment. More studies are, however, needed before these findings can be implemented in clinical practice

The novel biomarkers helped to detect individuals at much higher risk of dying during the five-year follow-up. The measures were independent of well-known risk factors such as age, smoking, drinking, obesity, blood pressure and cholesterol. The result did not change even when only apparently healthy persons were examined.