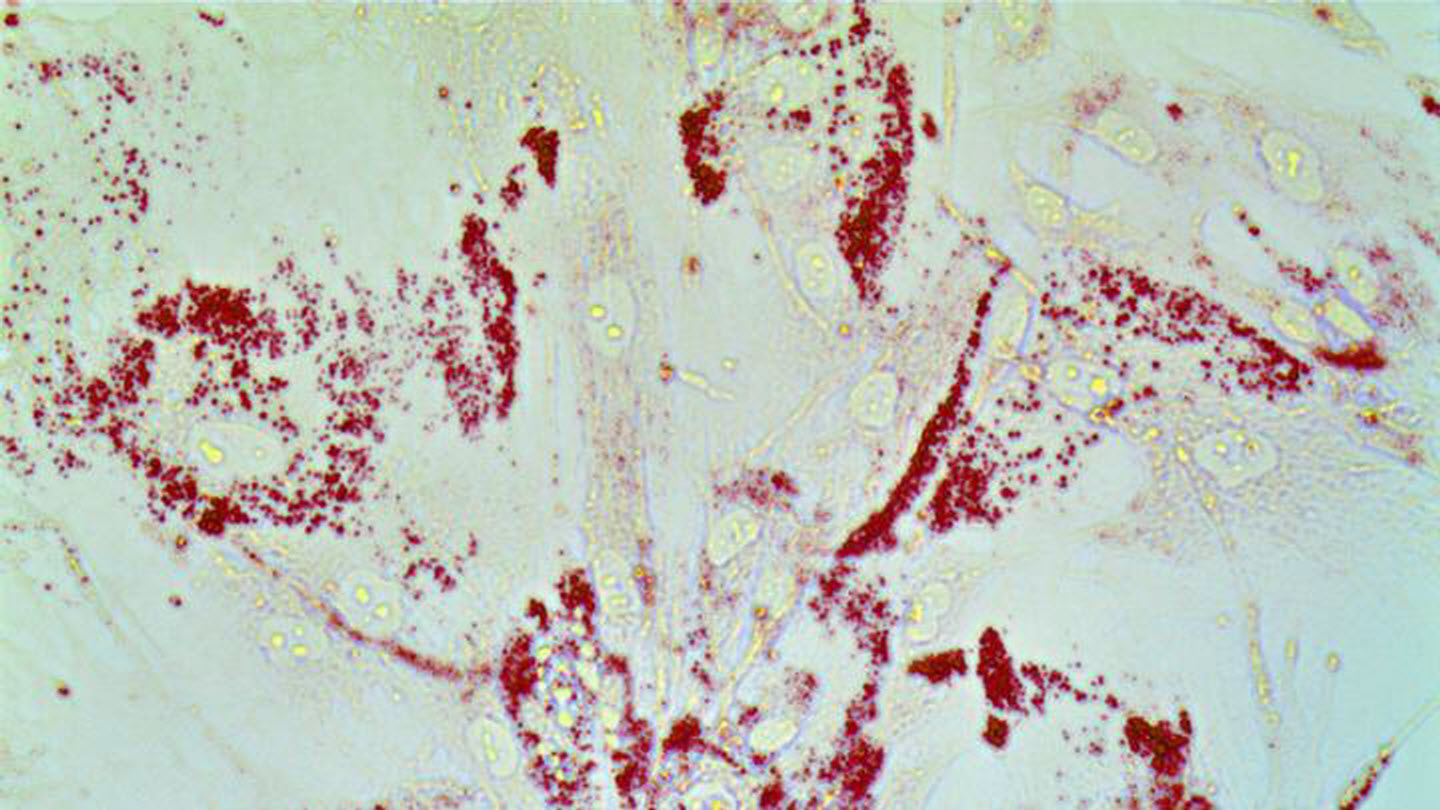 Johns Hopkins Kimmel Cancer Center researchers from the Department of Radiation Oncology and Molecular Radiation Sciences identified a lipid-regulating protein that conveys what the researchers describe as "superpowers" onto prostate cancer cells, causing them to aggressively spread.

In studies of human prostate cancer cell and stromal cell lines, when the lipid-regulating protein, called CAVIN1, was removed from stromal cells -- the connective tissue cells in and around tumors -- the cells no longer used the lipids. Instead, cancer cells feasted on lipids in the environment, using them as fuel, including to make hormones that feed the cancer.

The findings were reported June 3 in the journal Molecular Cancer Research.
"We know that aggressive behavior of tumors, such as rapid growth and metastasis, does not happen alone, so we wanted to find out the role of the tumor microenvironment, and specifically the interaction between prostate tumor cells and stromal cells, in increasing cancer growth," says Marikki Laiho, M.D., Ph.D., director of the Division of Molecular Radiation Sciences and professor of radiation oncology and molecular radiation sciences at the Johns Hopkins University School of Medicine, and senior author of the study.

In the human cell line experiments, when the researchers took CAVIN1 away from stromal cells called fibroblasts, the stromal cells no longer used the lipids, but the lipids remained in the environment, and to the researchers' surprise, they became a smorgasbord for the cancer cells. In every prostate cancer cell line tested, tumor cells universally had an appetite for the lipids, using them to fuel growth, strengthen the protective membrane around the cell, synthesize proteins and make testosterone to support the cancer's growth, says Jin-Yih Low, Ph.D., first author and a research fellow in the Department of Radiation Oncology and Molecular Radiation Sciences.

"As a consequence, the tumor cells behaved more aggressively, exhibiting invasive and metastatic behavior," says Low. "Just having access to the lipids gave the tumor cells more power. The tumor is the same tumor, but the behavior of the tumor changes."

In addition, when the stromal fibroblasts did not use the lipids, they changed, and started to secrete inflammatory molecules that altered the tumor microenvironment. Inflammation is a characteristic long known to promote cancer.

To confirm their findings, the researchers conducted similar experiments in mouse models, implanting the prostate cancer cells and stromal cells into the prostates of mice and comparing the behavior of tumors with and without CAVIN1 function in the stromal cells. Although the presence or loss of CAVIN1 did not impact the speed of tumor growth, lack of CAVIN1 caused the cancer to spread. All of the mice with tumors that did not express CAVIN1 had a twofold to fivefold increase in metastasis. The tumors also had a fortyfold to hundredfold increase in lipids and inflammatory cells.

Laiho calls the findings striking. "We suspected CAVIN1 was important but did not realize how important," she says. "Microenvironment matters, and the amount of lipids matters a lot. Just by converting the cells from a low level of lipids to a high level of lipids created a situation of rampant metastasis."

The researchers say the loss of CAVIN1 in tumor cells could potentially be used as a biomarker, alerting clinicians to a risk of metastasis. Interventions are being studied but are challenging because all cells need lipids. Any treatments aimed at inhibiting lipids would have to specifically target cancer cells. Ongoing studies are aimed at better understanding the inflammatory process and ways to stop its ability to fuel cancer spread. For example, the researchers want to understand why the inflammation draws cells, called macrophages, that further exacerbate the inflammatory process but does not attract beneficial T cells that could attack the cancer, and if lipid cells could be sending signals that affect immune checkpoints, which are the immune system's on and off switches.

CAVIN1 was first discovered in human lipodystrophy syndrome, a disorder that prevents the uptake of lipids and leaves those affected unable to make fat cells, placing them at risk of diseases including cardiovascular disease and diabetes.