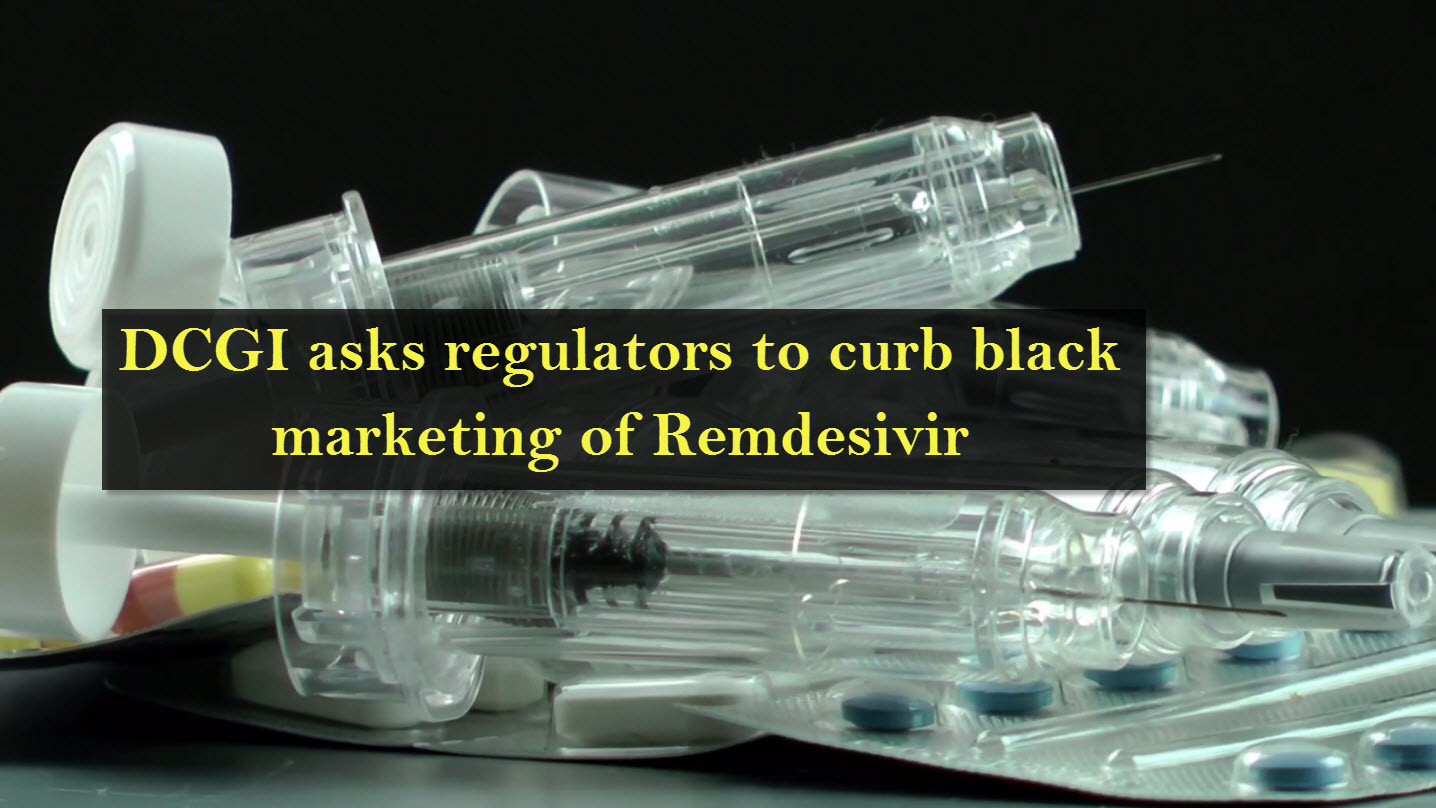 The Drug Controller General of India (DCGI) has directed regulators to take steps to curb black marketing of remdesivir following a complaint black marketing and overpricing of antiviral drug by certain unscrupulous persons.

DCGI is informed to states and UTs that his office has received a letter raising concerns that certain unscrupulous persons were indulging in black marketing and over-pricing of the drug. He said the complaint was received from LocalCircles, community engagement and social media platform, through the Health ministry.

"Immediate enforcement is needed to stop the sale of remdesivir above maximum retail price," stated DCGI VG Somani in a letter to drugs regulators in states and Union territories.

The DCGI has approved emergency use of remdesivir injectable formulation for treatment of suspected or severe lab-confirmed cases of COVID-19.

The DCGI has granted Gilead Sciences marketing authorisation for its remdesivir on June 1. However, the company is yet to import the antiviral drug to India after receiving import licences from DCGI. But Later the DCGI has granted Cipla, Hetero, Mylan permission to manufacture and market the drug.

LocalCircles in its letter stated that it has received several posts and comments from citizens across India about the black marketing of remdesivir over the last 72 hours.

"The MRP of remdesivir marketed by Hetero is Rs. 5,400 but consumers have reported it being sold at a price of anywhere between Rs. 15,000 to Rs. 60,000 at many places. Various medical shops have been telling buyers that the medicine is in short supply but can be made available if they are ready to pay a premium. This is putting an extreme pressure on the families of many critical patients who are trying hard to somehow secure the medicine. It has also been reported that doctors at many private hospitals are directing families to procure and get the additional medicine themselves," it stated.

LocalCircles was conducted a survey to get a citizen pulse on how this issue can be addressed and received 8,340 responses from 233 districts. 93% citizens stated that the legal metrology and drug inspectors should be directed to immediately act against such black marketing.