China in trouble, USD 20 trillion lawsuit against China for spread of COVID-19 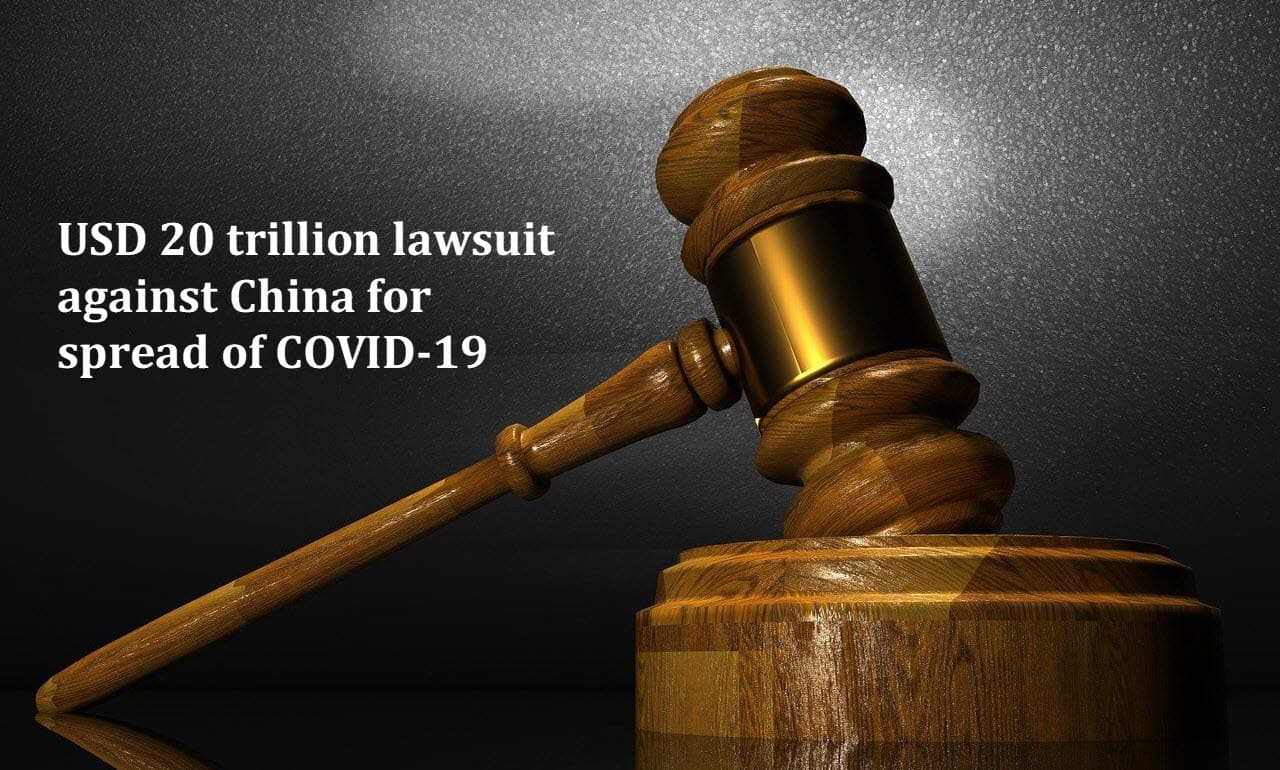 A lawsuit has been filed against China in US over COVID-19 pandemic. USA based lawyer Larry Klayman and his advocacy group Freedom Watch along with Texas company Buzz Photos have filed the lawsuit against the Chinese government, Chinese army, the Wuhan Institute of Virology, Director of Wuhan Institute of Virology Shi Zhengli and Chinese army's Major General Chen Wei. They filed lawsuit of USD 20 trillion which is bigger than chinese economy.

The lawsuit said, "Because China has agreed by treaty to outlaw such weapons, these actions cannot be official governmental actions of the People's Republic of China and are not subject to any possible claim of legal immunity from suit."

It also alleged that the purpose of maintaining the virus within the laboratory was to kill US citizens and other persons and entities in nations perceived to be an enemy of China.

Lawsuit also said that "COVID-19 is an extremely dangerous disease because it has an extremely aggressive nature, was designed to mutate from person to person, spreads very quickly and easily, no vaccine exists yet on account of it being a new disease, the means of transmission are not fully known with certainty, and treatments are only just being worked out, and the disease appears to be about ten times as deadly as the flu."

It is well known that coronavirus outbreak originated from China and it has spreaded to more than 150 countries. In the U.S., the number of reported cases has reached over 69000 and the death toll is more than 1000 people.