Why appetite loss during illness or diseases ?

Loss of appetite during illness is a common and potentially debilitating phenomenon—in cancer patients, especially, it can even shorten lifespan. Researchers of the Scripps Research Institute (TSRI) have discovered how an immune system molecule hijacks a brain circuit and reduces appetite. Their discovery points to possible targets for treating loss of appetite and restoring a patient’s strength.

“Treating loss of appetite won’t cure an underlying disease, but it could help a patient cope,” said TSRI Professor Bruno Conti, senior author of the study.

He also added that many times, loss of appetite can compromise clinical outcome. A weak individual is less likely to be able to cope with chemotherapy, for instance.

The research is published in the Journal of Neuroscience which also points to possible drug targets to reduce appetite and possibly support weight loss for those with metabolic disorders.

Many people recover their appetite after illness. But in patients with diseases such as cancer or AIDS, loss of appetite can turn into a wasting disease called cachexia, also known as “the last illness” because it can accelerate a patient’s decline.

Prior researches had recognised the biological players in loss of appetite. One was an immune molecule called interleukin 18 (IL-18), which activates other cells to fight disease. Another was a brain structure called the Bed Nucleus of the Stria Terminalis (BST)—which has a subset of neurons that project to the Lateral Hypothalamus (LH), a brain region that controls appetite.

The challenge was to show how these elements interacted. 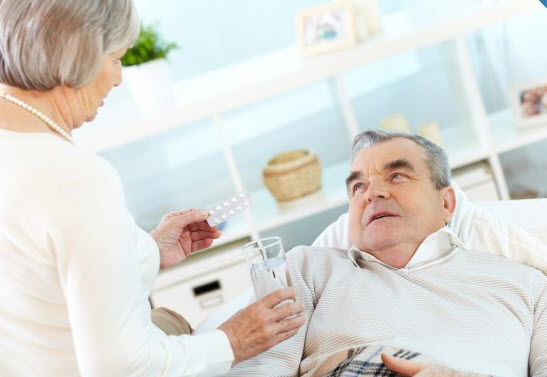 Identifying the Brain Circuit
The new research began with the discovery of the expression of IL-18 receptors in neurons of the anterior BST. With this finding, the researchers had a starting point for tracking the effects of IL-18 in this part of the brain.

In mouse BST brain slices not exposed to IL-18, an excitatory neurotransmitter called glutamate strongly activates a subset of BST neurons projecting to the LH. The activation of these BST-LH neurons leads to the release of an inhibitory neurotransmitter, called gamma-aminobutyric acid (GABA), on target neurons. The GABA release inhibits neuronal activity in the LH.

IL-18 interferes with this system. When IL-18 binds to its receptors on a specific subset of BST-LH projecting neurons (type III), it reduces glutamate release, leading to less activation of type III neurons, reduced GABA signaling and a loss of appetite.

Studies of mouse behavior supported this finding. Mice with IL-18 injected directly into the anterior BST ate significantly less than mice that received a control substance.

Scope of Treatment
The researchers believe the circuit affected by IL-18 may be a potential drug target for treating loss of appetite. They also brought up the possibility of intervening with a molecular mimic of IL-18 to control appetite and reduce obesity in patients with metabolic disorders.

Next up, the researchers plan to investigate the specific biochemical pathways in this brain circuit. The better they understand the pathway, the better targets they’ll have for potential therapies.

“This is just the beginning,” Francesconi said.

In addition to Conti and Francesconi, authors of the study, “The pro-inflammatory cytokine Interleukin 18 regulates feeding by acting on the Bed Nucleus of the Stria Terminalis,” were Manuel Sanchez-Alavez, Simone Mori, William Nguyen and Eric Zorrilla of TSRI; Fulvia Berton of TSRI and the University of Pisa; Silvia Alboni, Cristina Benatti and Fabio Tascedda of the Università degli Studi di Modena e Reggio Emilia; and Gianluca Moroncini of Università Politecnico delle Marche.

This study was supported by the National Institutes of Health.